Working with historic sheet music, one finds autographs on a daily basis. Most often, they belong to one of the previous owners of the music, just as we might write our name on the inside cover of a favorite book. Music publishers could also print a celebrity’s photo or autograph onto song covers to increase their marketability. However, Levy also managed to obtain quite a few songs with original autographs of artists, composers, and other celebrities, some of which can be found below.

What value does an autograph add to a historic object for you?

The Levy Collection contains several autographed songs by Ira Gershwin (pseudonym “Arthur Francis”), as the artist and collector developed a close relationship through correspondence. These rather sarcastic observations in his own hand provide unique insights into Gershwin’s opinions of his music. 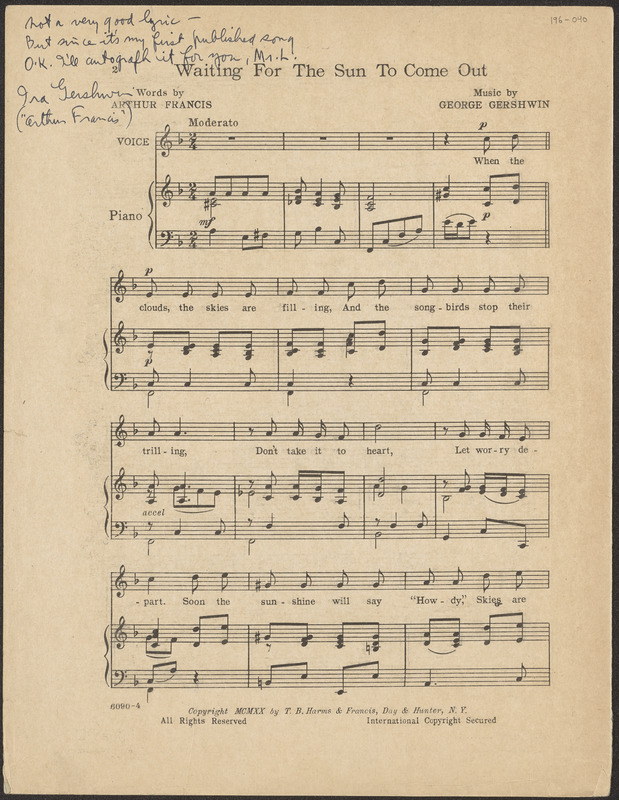 Waiting for the Sun to Come Out

“Not a very good lyric—

But since it’s my first published song 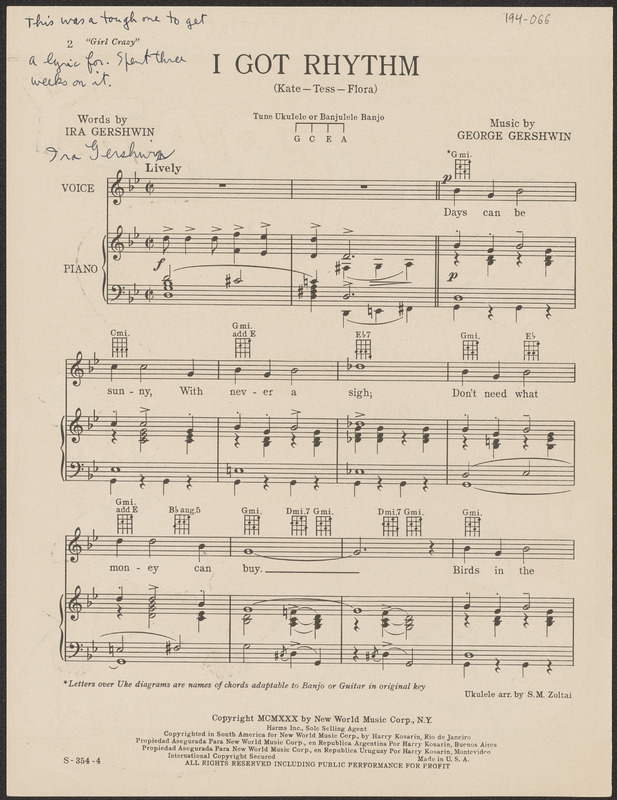 “This was a tough one to get

a lyric for. Spent three 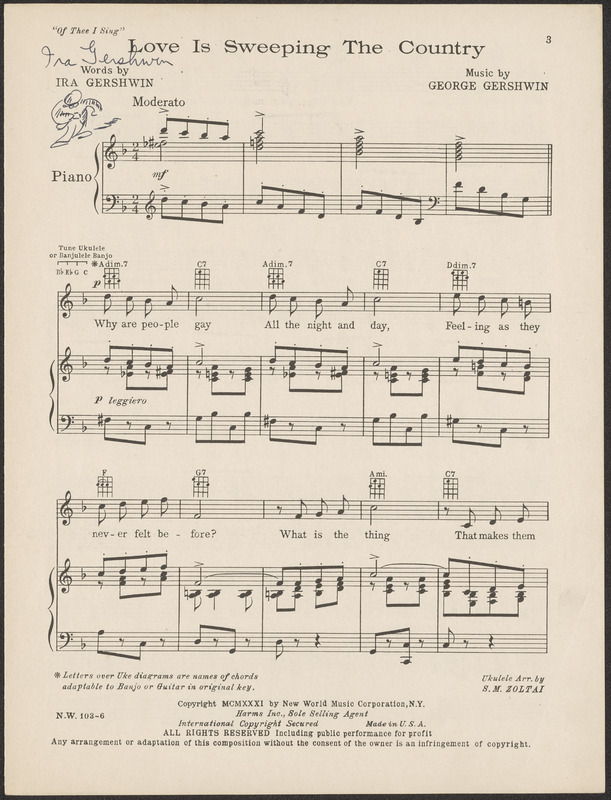 Love is Sweeping the Country

This song features a drawing of Ira Gershwin bowing to an audience. 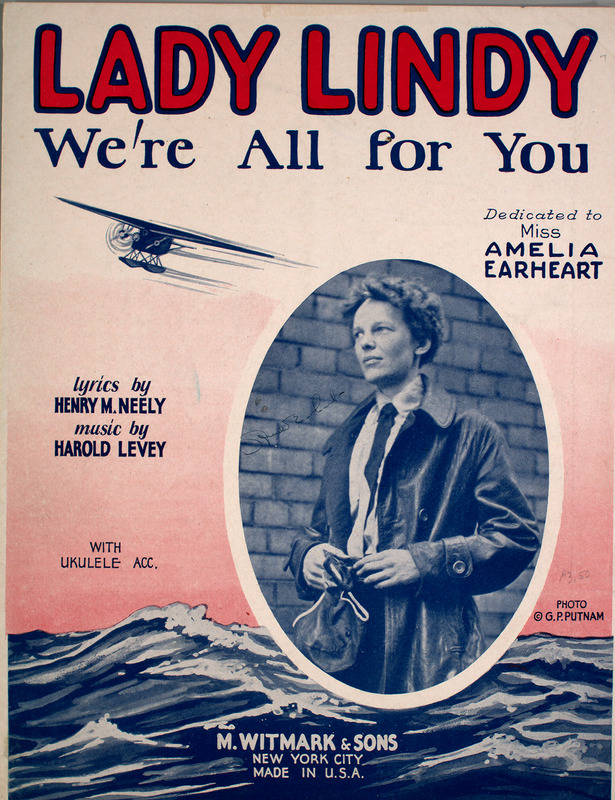 Lady Lindy We're All For You

Amelia Earhart’s autograph in ink on the front cover, just to the left of her iconic image, was pointed out by Lester Levy in his correspondence with a colleague. The song was published in 1928, the very year Earhart became the first woman to fly across the Atlantic as a passenger. She repeated the momentous trip, this time flying as a solo pilot, to great acclaim in 1932. 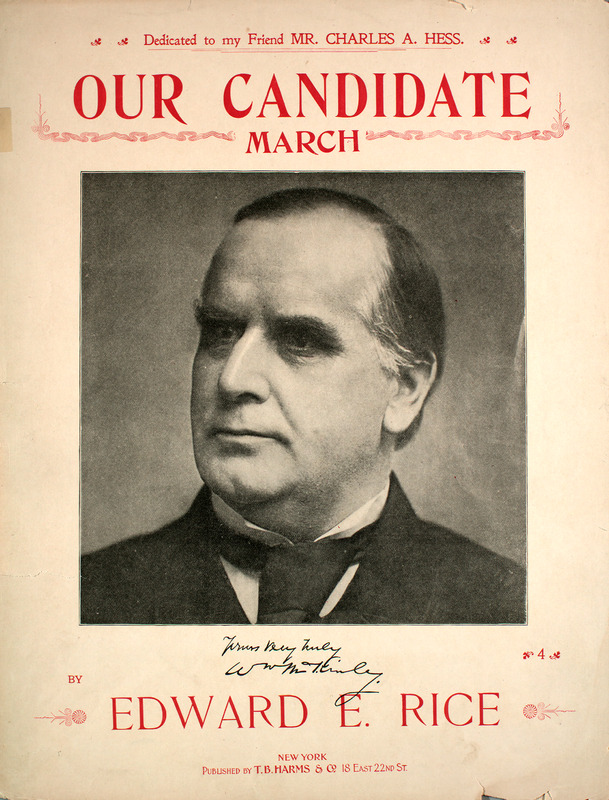 This song presented a significant challenge in verifying the signature of President William McKinley. The song was brought down to our conservation lab to examine the signature under a few different microscopes. However, it was almost impossible to tell if the signature is unique or printed on every copy by the publisher. There were a few clues it may be authentic—there is a slight smudge on the “l,” and the “y” does cover the “e” in the composer’s name. There is also the slightest bleed of ink through the page, but no impression from a writing implement. Eventually, another copy was tracked down at the New York Public Library— their edition does not feature the signature, meaning ours is most likely legitimate.