These songs demonstrate how Levy developed his collection and shared it with the world. 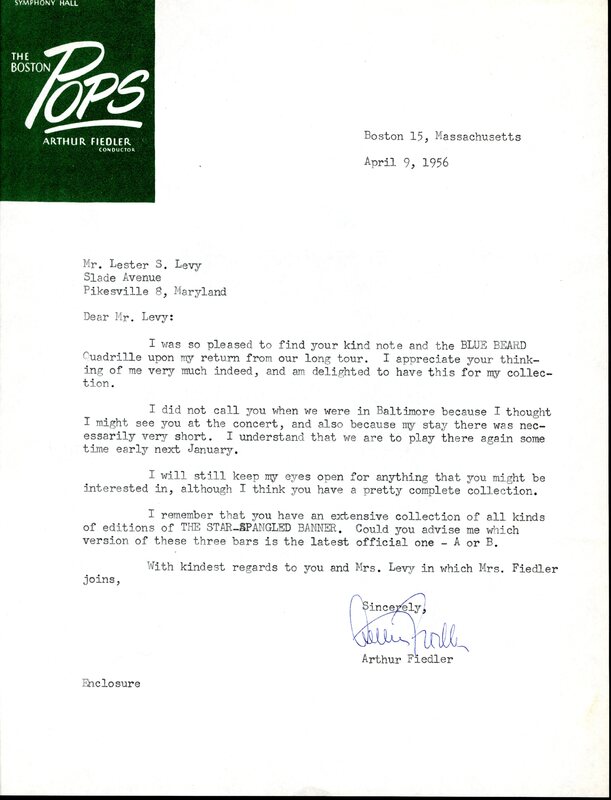 Arthur Fiedler was the legendary conductor of the Boston Symphony and Boston Pops Orchestras. Here, Fiedler asks Levy to identify the correct rhythm for three measures of the Star Spangled Banner, which Fiedler wrote out by hand. This request illustrates Levy’s renown as a sheet music expert and American musicologist. 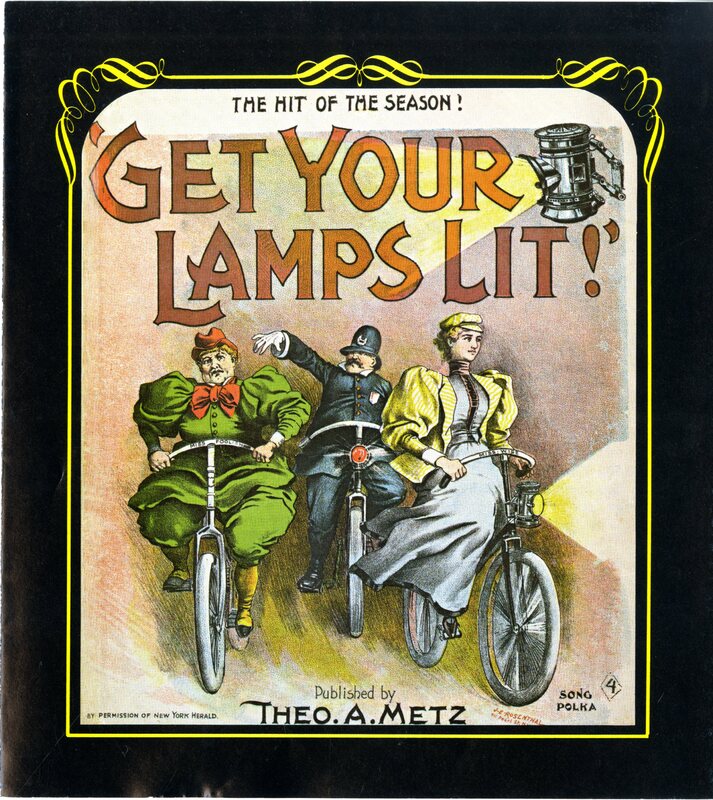 Get Your Lamps Lit! Advertisement for book publication by Lester Levy 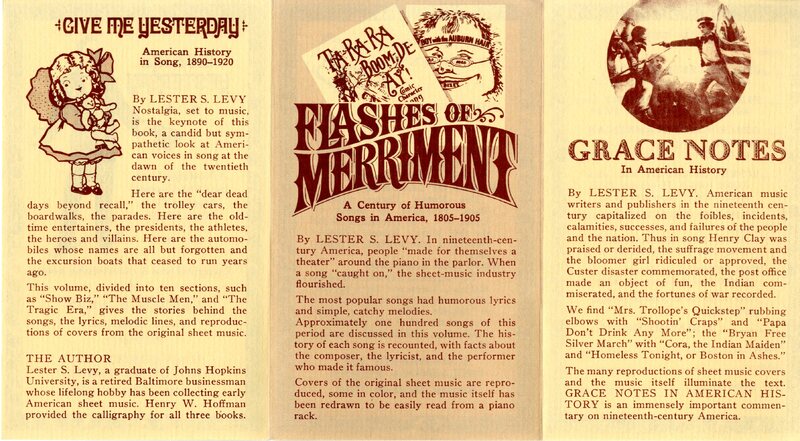 Levy wrote four books on sheet music history as well as numerous articles and lectures. He also wrote his autobiography, Of Hats and Harmonies, which was compiled posthumously by his family and published by The Jewish Museum of Maryland in 2005. 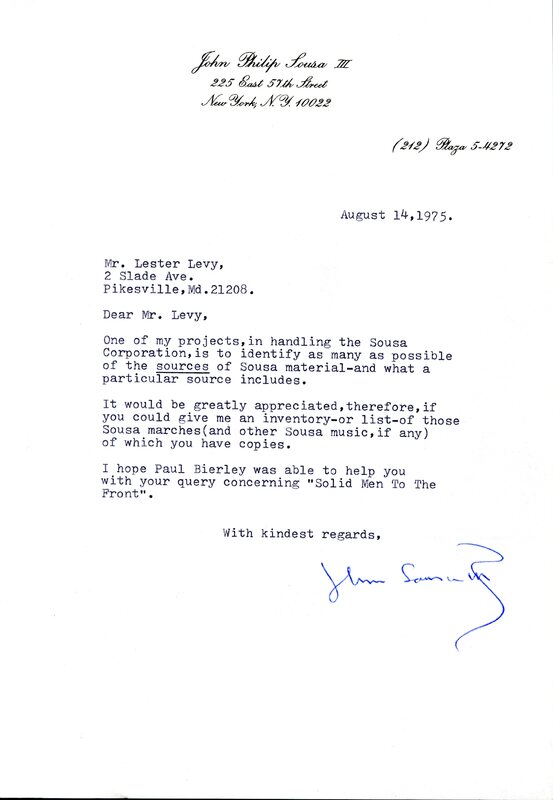 John Philip Sousa was the king of American marches, conducting the US Marine Band and composing The Stars and Stripes Forever, and The Washington Post. Levy acquired dozens of Sousa’s works during his collecting career—here, Sousa’s grandson writes to Lester for assistance in cataloging Sousa’s works. 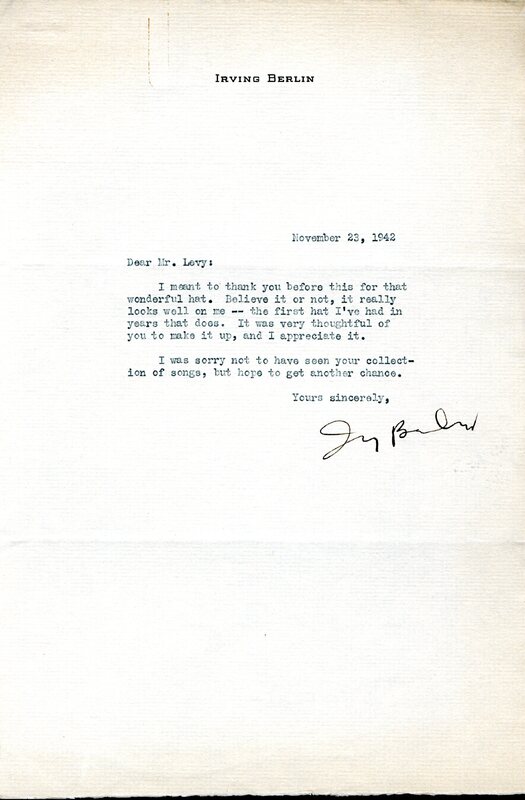 Levy did not hesitate to contact the celebrities of his day, even sending hats to them as gifts. Here, Irving Berlin—composer of Cheek to Cheek, White Christmas, Easter Parade, Puttin on the Ritz, and God Bless America – thanks Levy for sending him a well-fitting hat. 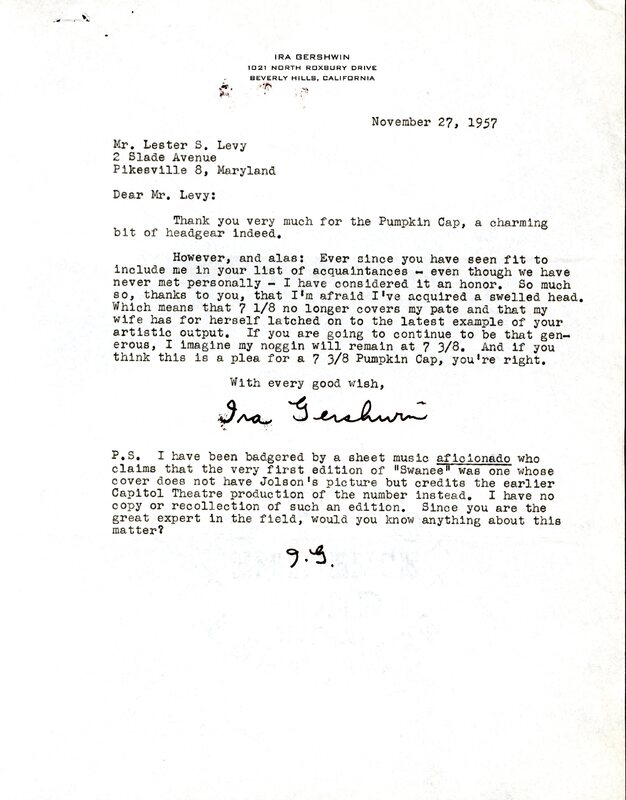 Levy enjoyed many years of correspondence with Ira Gershwin, lyricist and partner of composer George Gershwin—here, Ira thanks Levy for sending him a “Pumpkin Cap.” The collection contains numerous songs inscribed by Gershwin, some of which are on display in the case to your right. 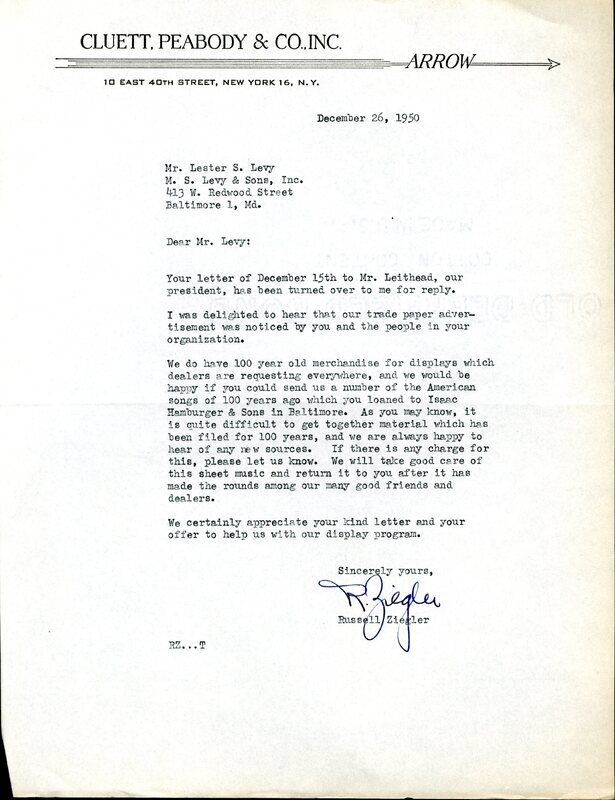 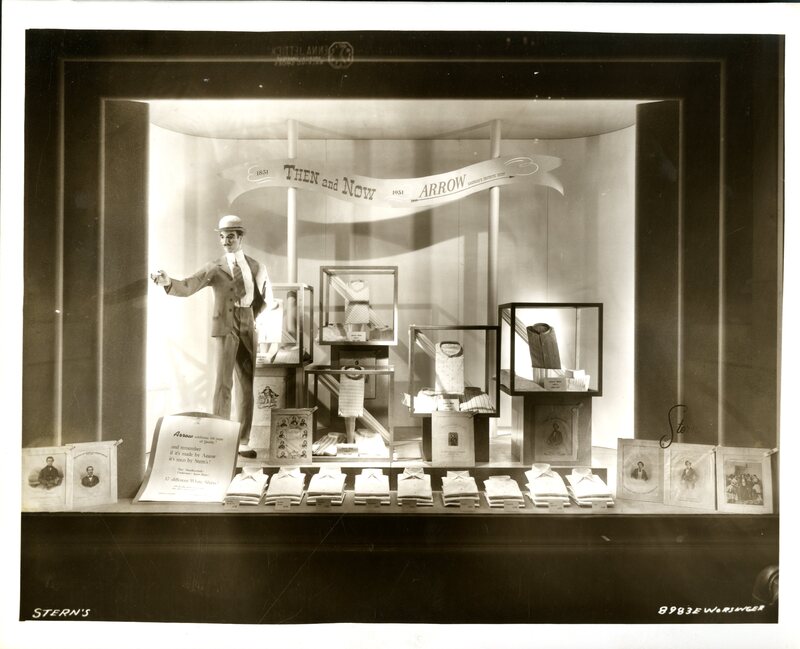 Colorful covers from the collection have found extensive use in publications, books, and articles by researchers and scholars. Levy also loaned his sheet music to exhibitions and public displays—these photos show his songs in the windows of two department stores: Stern’s Department Store and Cluett, Peabody Co.