The songs below feature lithograph covers by Hoen & Co, a local printing company who's building still stands in East Baltimore. 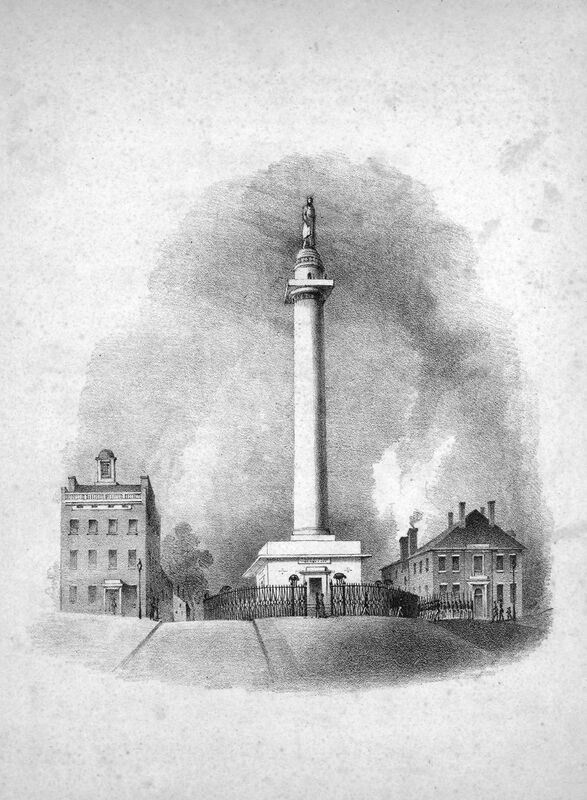 The cover of Fifth Regiment March shows Baltimore’s Washington Monument. The monument was built between 1815 and 1829, with the ornate fence installed 1836-1838. Houses began to be built on the square in 1829—this cover shows a house on the Northeast corner, where the Methodist church now stands (completed in 1872). 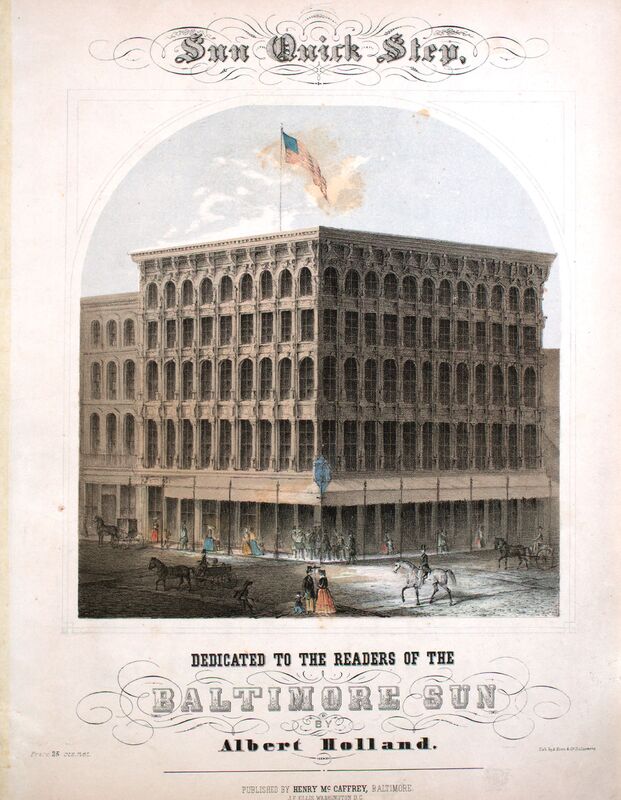 The Sun Quick Step was published in 1854, the cover lithographed by Baltimore’s Hoen & Co. This cover shows the Baltimore Sun building (also known as the Sun Iron Building), built by A.S. Abell in 1851. It was one of the first iron buildings in the United States, but was unfortunately destroyed in the 1904 Baltimore fire. 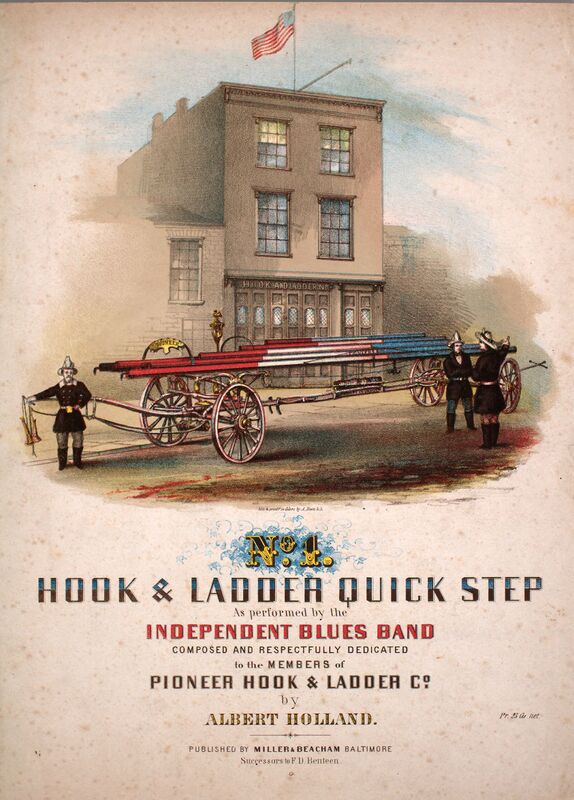 This song was published in 1853, showing an early Baltimore fire department. 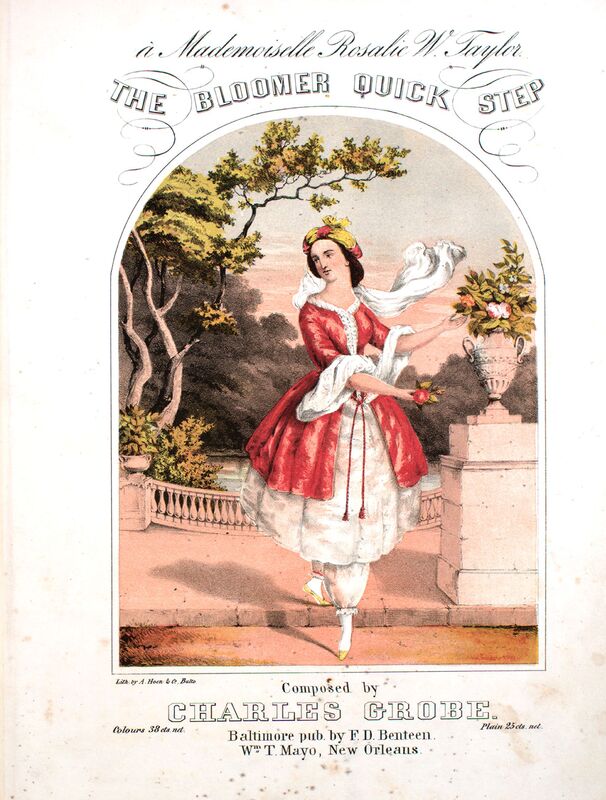 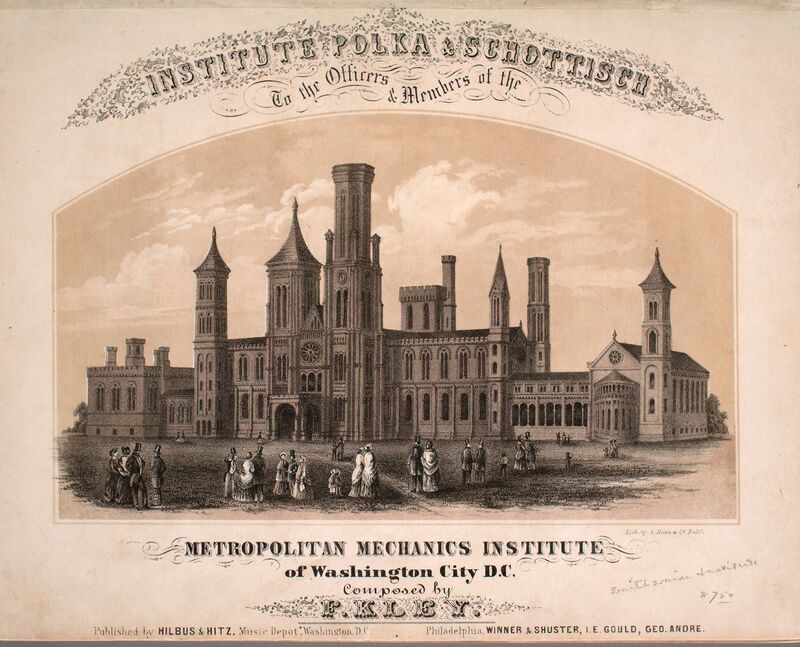 The Institute Polka, published in 1855, shows the Smithsonian Castle in Washington, D.C. The song is dedicated to the Metropolitan Mechanic’s Institute which held its meetings there.

These undated advertisements are for Baltimore sheet music publishers G. Willig and McCaffrey.