The expression of love is probably the most common song subject throughout history—at least one in every five songs in the Levy Collection concerns love. This isn’t particularly surprising, as music has always been used to convey what words cannot or at least play upon one’s heartstrings. The songs here are just a few examples of the thousands of love songs in our collections.

How have you used music to express love-- to yourself or others? 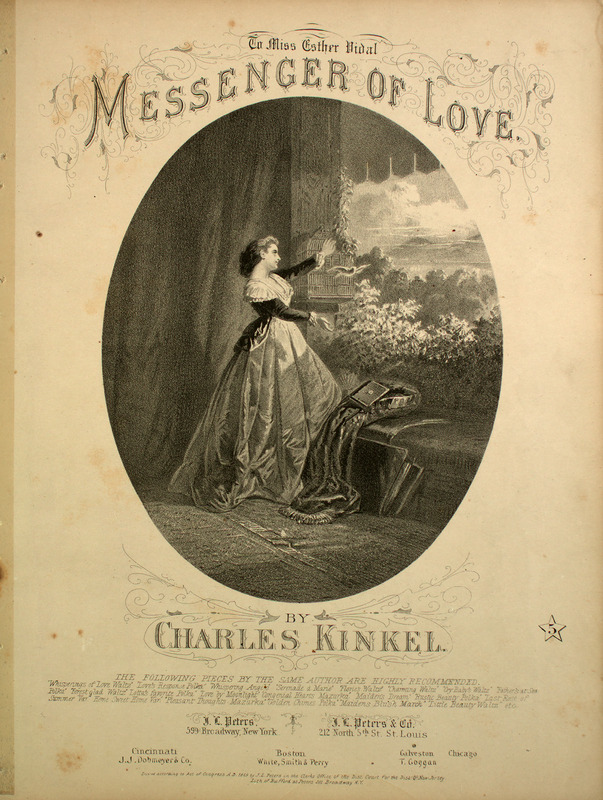 This song, featuring a carrier pigeon on the cover, was perhaps intended as a love song to Miss Esther Vidal (named on the cover). 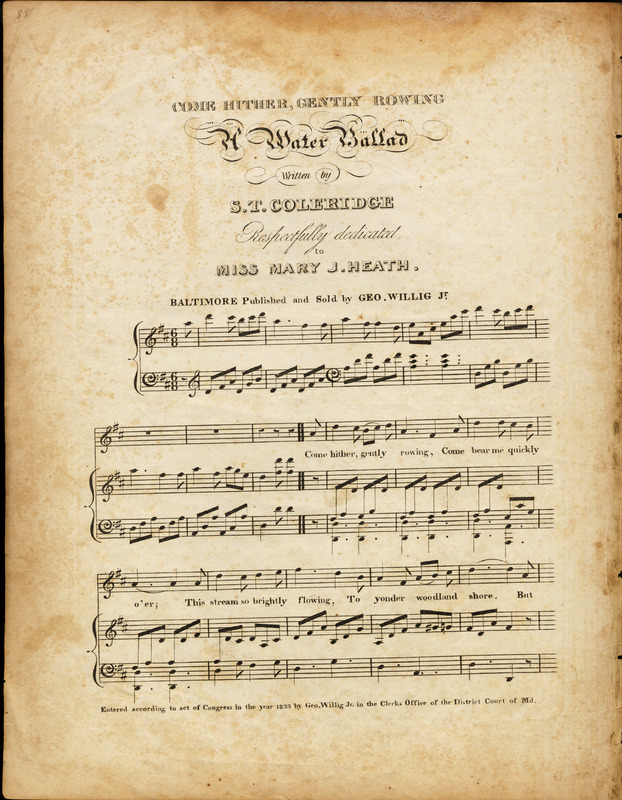 The composer of this song, Samuel Taylor Coleridge (1772-1834), was a renowned English Romantic poet. Despite suffering from depression, anxiety, and drug addiction, Coleridge wrote a large number of poems and prose including this love song. 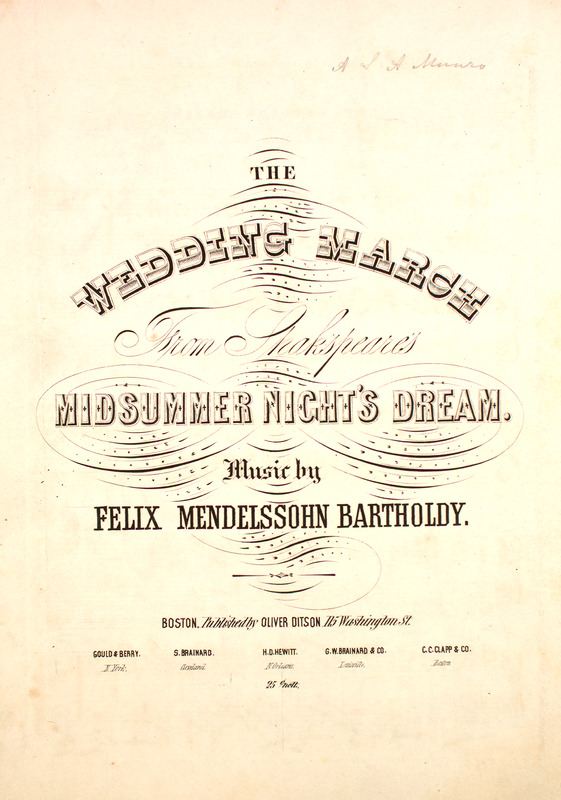 Perhaps one of the most well-known wedding marches, this song is also representative of the frequent importation of European music to the United States.