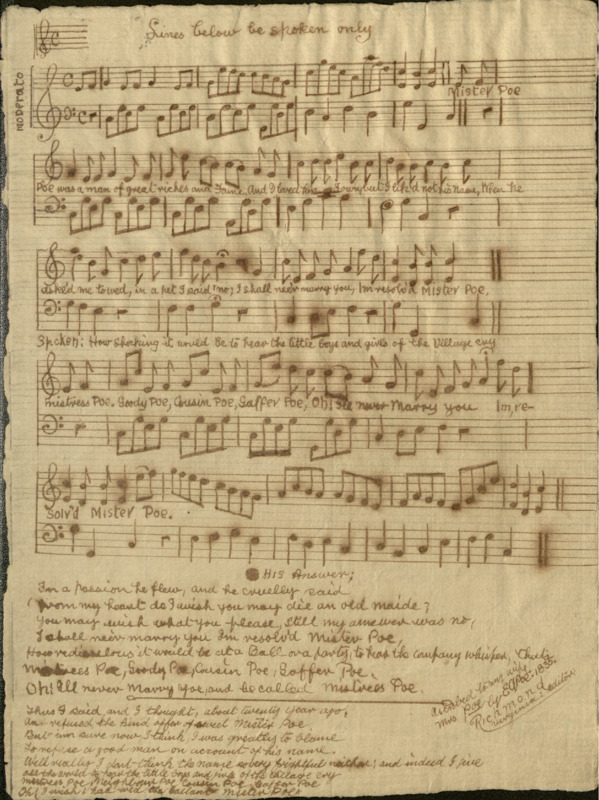 This intriguing manuscript is a recently re-discovered mystery from our sheet music collections. According to the inscription in the lower right, this manuscript came from Poe’s own hand in 1835. The song from which it is copied was published long before 1835 and is therefore too old to be an original composition by Poe—however, it is possible he copied it out for his bride, Virginia, prior to their wedding in 1836. The manuscript was found by George Wright and brought to the attention of May Garrettson Evans, president of the Baltimore Poe Society, who then mentioned it in the appendix to her book on music related to Poe. Currently, the paper, ink, and handwriting are under investigation as a suspected forgery. 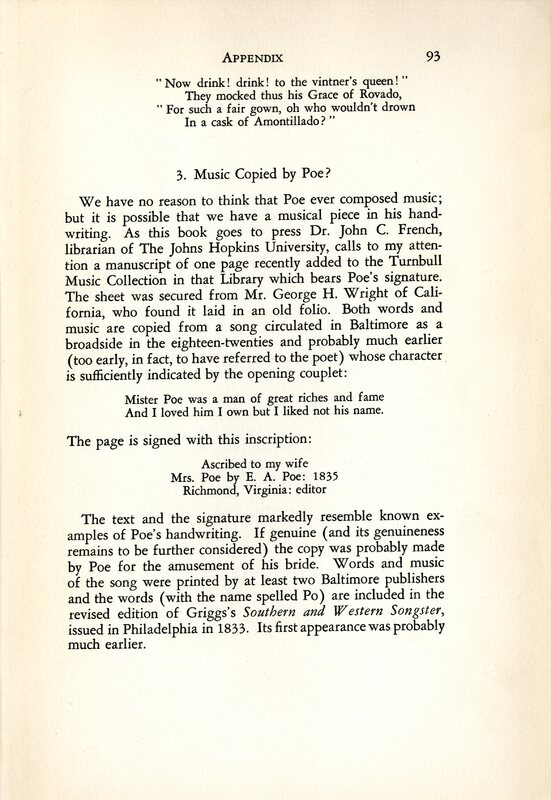 At the time this manuscript was brought to her attention, Evans was publishing a definitive work on Poe-related music. She includes a mention of it here in the appendix. George Wright, the finder of the manuscript, claimed that many entities were interested in purchasing the find, but he said he’d rather it make its way to the Poe Society for further study. 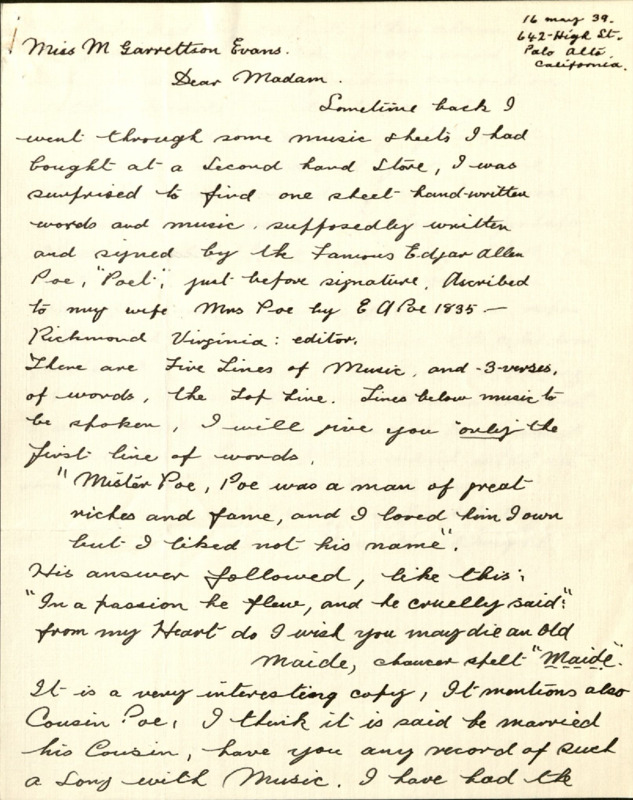 This letter is from George Wright, who claimed to be the original finder of the manuscript. On the bottom of page one, Wright starts, “I have had the paper checked by experts. They claim it is European Bond of the 1700 period, the Ink is some old fashion concoction as they made in that period.” This ‘expert’ analysis is either incorrect or invented—as all paper was handmade in the 18th century, there’s no reason for a papermaker to add “handmade” to a watermark.

After some back and forth with the Poe Society, Wright sold them the manuscript for $12.50 ($245 today). 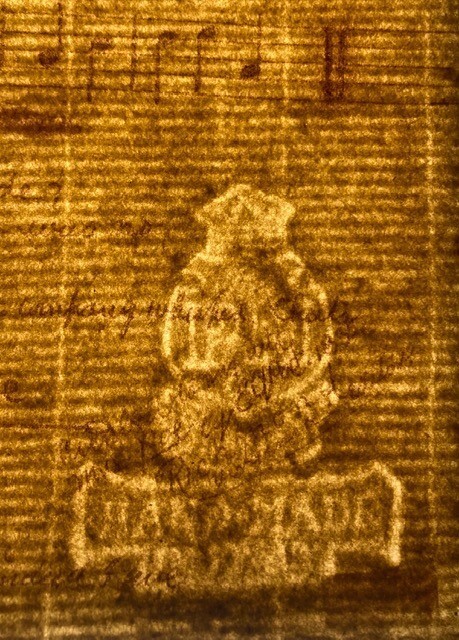 This watermark, found at the bottom right of the paper and seen here under added light, has not yet been match to a specific papermaker. If found to be a post-1835 watermark, this could prove the manuscript is a fake. However, according to paper expert Peter Bower, the watermark was formed using an electrotype-- a technique that wasn't invented until 1838. This is currently the most compelling evidence that this manuscript is a forgery.