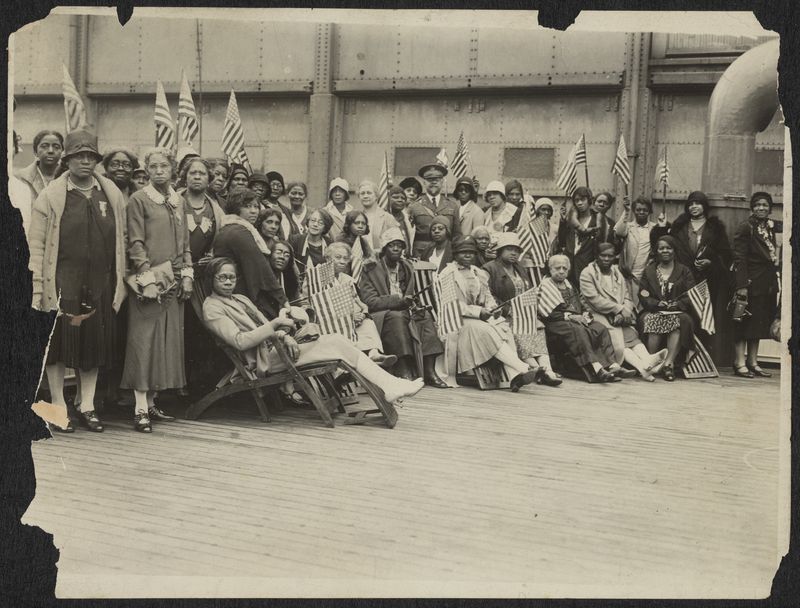 Black Gold Star mothers asserted their citizenship rights by claiming the same military benefits afforded white mothers and widows. In their photographs of the pilgrimage, Black women brandished the American flag thereby challenging the iconic image of the all-American war mother and nation as white.

In 1930, the federal government sponsored a series of segregated trips to Europe for the surviving mothers and widows of WWI soldiers to visit the graves of their fallen loved ones. Black women responded to the segregated pilgrimage in varied yet self-defining ways. Some felt insulted by the Jim Crow arrangement and petitioned President Hoover to desegregate their travel. In a letter drafted by the NAACP and signed by fifty-five Gold Star mothers, they pledged to refuse the trip rather than submit to segregation.

For Black mothers and widows who decided to take the trip often did so in opposition to Black leaders and the Black press. Their pilgrimage affirmed their right to grieve and define for themselves how to exercise their freedoms as Black mothers and wives.