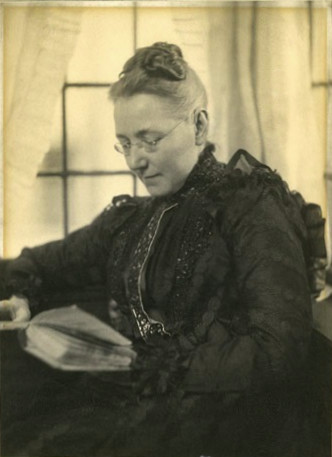 Building a pipleline for women's education

The movement for women’s rights in the United States did not begin with the well-known 1848 meeting in the New York town of Seneca Falls, but this was one of the first sites where activists and reformers gathered to organize formally. They composed a Declaration of Sentiments and a series of resolutions – concrete demands for the equal civic, economic, and legal rights of women, including a right to vote.

Suffrage leaders belonged to a generation of educated women from progressive families who were increasingly engaged in public life. The movement fractured and stalled after the Civil War, but women’s education laid the foundation for its revival.

Leaders Mary Elizabeth Garrett and M. Carey Thomas invested their lives and fortunes in teaching a new generation at Bryn Mawr College and at the Bryn Mawr School, a college preparatory school for girls which they established.

Garrett bankrolled the Johns Hopkins School of Medicine under the condition that it admit women according to rigorous academic standards. A path was opened from secondary school to women’s college to the medical profession, and many women followed it, becoming passionate suffragists along the way. 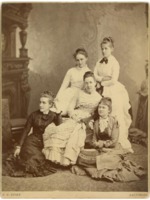 In tandem with her committment to women's education, Garrett, who inherited the fortune of the Baltimore and Ohio Railroad, used her wealth and talents to advance women’s rights in a systematic way.

Her activism began to take shape during meetings of the Friday Evening Group, a circle of influential and wealthy women, many from the prosperous Quaker community. A number of would become active in social causes.

After her triumph in tense negotiations over making the Johns Hopkins School of Medicine coeducational, Garrett turned her energies to suffrage, helping to revive the National American Woman Suffrage Association (NAWSA). 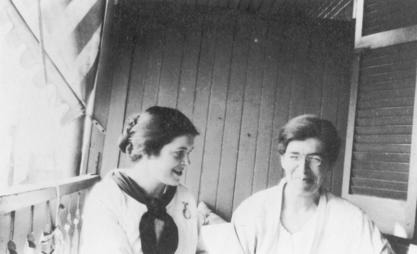 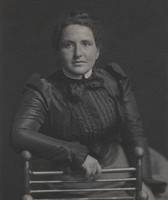 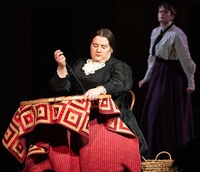 Felicia Moore as Susan B. Anthony in "The Mother of Us All" at the Metropolitan Museum of Art, 2020 (Photo by Steven Pisano).

From Bryn Mawr to Hopkins

The campus community that Thomas and Garrett fostered incorporated suffrage activisim into student's daily lives, awakening many to the political questions of the day. However, this community was only accessible to white upper- and middle-class women, as leaders carefully crafted the face of their movement to appeal their own social values.

Campuses could be accepting spaces for non-heteronormative relationships between women. Ethel Collins Dunham and Martha May Eliot met at Bryn Mawr College in 1910, the beginning of a lifelong partnership. With the guidance of Bryn Mawr president M. Carey Thomas, they entered the Johns Hopkins School of Medicine in 1914. Going into medicine allowed them to live independently of their families or male support.

Among Bryn Mawr College graduates, Thomas and Garrett had a legendary stature. Soon-to-be-famous author Gertrude Stein absorbed these legends during her time at the Johns Hopkins School of Medicine, writing about them in her novels. Stein's final work, with Virgil Thompson, was an operatic tribute to Susan B. Anthony called The Mother of Us All. She completed the libretto in March 1946 and died in July of that year. The first performance was in May 1947. 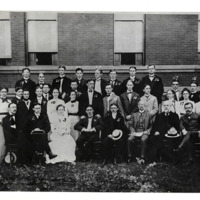 Shaping the School of Medicine

Garrett had a lasting impact on the admissions requirements at the Johns Hopkins School of Medicine: prospective students needed college-level science courses in addition to other prerequisites. Women's colleges like Bryn Mawr, Vassar, and Radcliffe prepared students to meet these standards.

Mary Secord Packard was the first woman to graduate from the Johns Hopkins School of Medicine, in 1901, after completing her bachelor's degree at Vassar. Every incoming class included female students; however, the school did not admit Black women or men. With this exclusion, Hopkins and many other elite schools sought to control the identity of the medical profession. The first two Black women to attend the School of Medicine graduated in 1973 – eighty years after it opened.