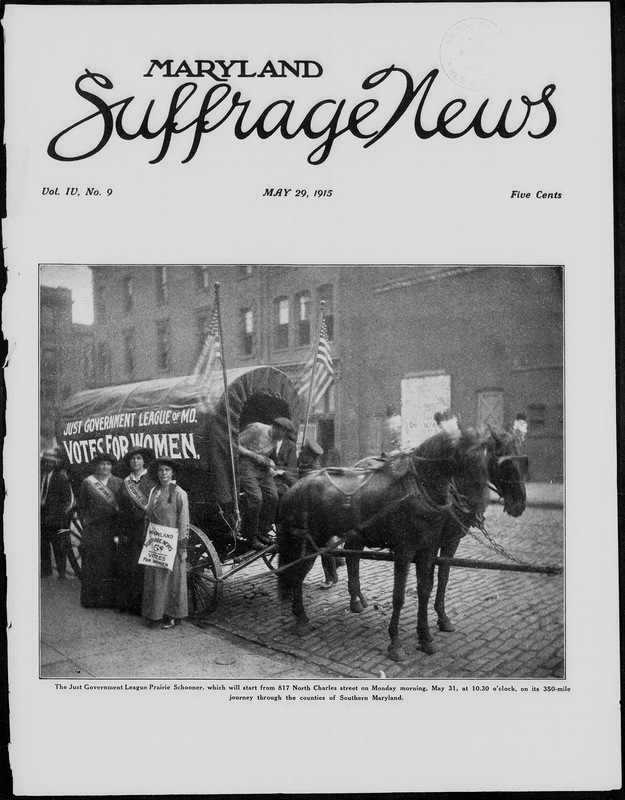 The Just Government League formed in 1909. Its leaders were Edith Houghton Hooker, a former Hopkins medical student, and her husband Donald Hooker, a Hopkins physician. They were aided by two close friends: Mabel Glover Mall, Edith’s classmate, and Florence Sabin, who completed her MD at Hopkins and became its first female senior faculty member.

Starting in 1910, suffragists began using cross-country hikes to “reach all sorts and conditions of people” outside of urban centers. The women of Maryland’s Just Government League hiked from Baltimore through Garrett County, about seventy miles, holding public meetings along the way.

Edith Hooker admired the direct-action approach of Alice Paul, and helped Paul to split the more radical National Woman’s Party from the moderate NAWSA. Though the Just Government League joined the National Woman’s Party in 1917, it remained more focused on diplomatic than on militant efforts, conducting intensive lobbying in Annapolis and Washington.

Despite their interest in reaching "all sorts" of people, the League, like many suffrage organizations, was predominantly white, Protestant, highly-educated, and financially well-off. In the early 20th century, in addition to its large African American population, Baltimore saw an influx of immigrants from eastern and southern Europe who were Jewish and Catholic. Anti-immigrant sentiment was widespread and supported by the eugenic science of the period, to which many of Baltimore's elite subscribed. 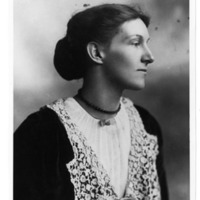 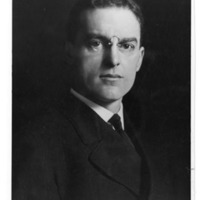 In 1905, Edith married Hopkins physician Donald Hooker. At the time, wives of doctors were discouraged from practicing medicine; like her classmate Mabel Mall, Edith left school and took up social work and progressive reform causes. 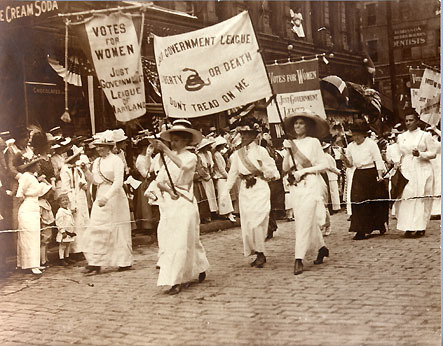 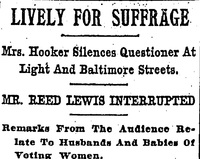 The Hookers, under the auspices of the Just Government League, took their suffrage message to a broad public, making the case in their newsletter, on downtown street corners, and in parlors around the state. In face-to-face encounters, Edith Hooker responded directly to common concerns, such as the fear that enfranchised women would cease to perform domestic labor.

Racism especially dominated politics in Maryland and other southern states, whose leaders virulently opposed Black women getting the vote. "We had to consider race prejudice here," wrote Ellen La Motte, explaining why a 1912 suffrage bill in the Maryland legislature specifically "excluded the colored vote." Though this went against the beliefs of some Just Government League members, they accepted the compromise to appease segregationsts.

In 1913, suffragists planned a massive parade in Washington, D.C., one day before the inauguration of President Woodrow Wilson. Wilson, who got his PhD at Johns Hopkins, had always been an opponent of women’s rights.

The 8,000 marchers who converged in Washington included international and state delegations, professional groups such as nurses and doctors, and college alumni. Organizers attempted to segregate African American women at the back of the parade, but many, including Ida B. Wells, refused to comply and marched with their delegations. The route was swarmed by male spectators who assaulted the marchers, while police failed to intervene; almost 100 women were hospitalized. 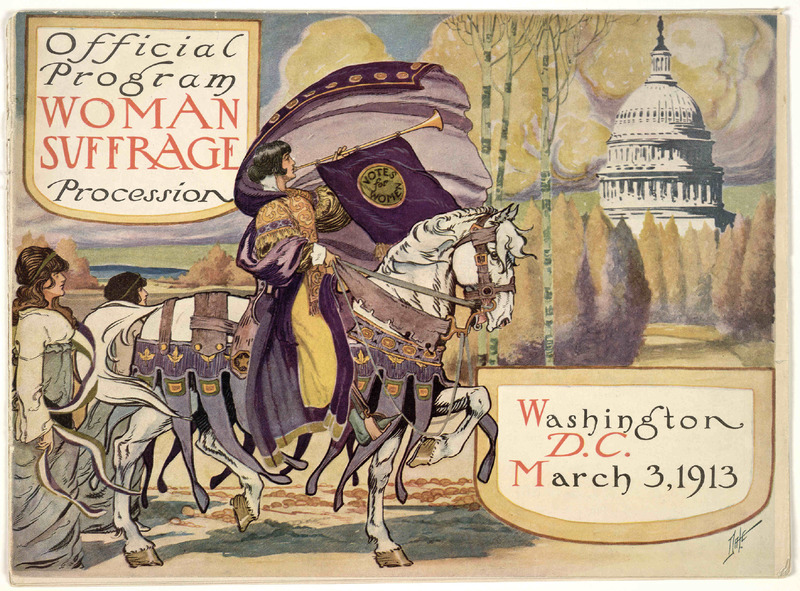 Cover of the program for the 1913 suffrage procession in Washington, D.C. Click for full program. (Library of Congress).