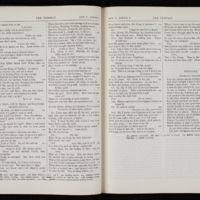 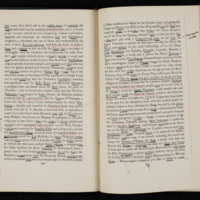 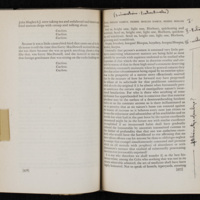 How is a writer influenced by what he reads? How does his experience as a student shape his trajectory as a mature artist? Barth’s personal library is made up not only of fiction, but also works of poetry, drama, Greek mythology and epic, and philosophy. Here are a few examples: Barth's copy of The Complete Works of William Shakespeare, in which he has underlined the phrase that serves as the title for his 2011 novel, Every Third Thought, as well as his copies of James Joyce’s Finnegan's Wake and Ulysses, which Barth explicitly references in his story “Lost in the Funhouse.”