William Osler, one of the founding physicians of the Johns Hopkins Hospital, had a son, Edward Revere Osler. In 1915 Revere, as he was known, dropped out of Oxford’s Christ Church College to join the war effort. In August 1917, serving in Belgium with the British Army’s Royal Field Artillery, he died from injuries sustained in a shelling attack. Both Revere and his father were avid book collectors and, as a memorial to his son, William contributed Revere’s personal collection and endowed the Tudor and Stuart Club at the Johns Hopkins University, dedicated to the “study of English literature in the Tudor and Stuart periods.” The club first met in 1923 in a Gilman Hall room which has been known ever since as the Tudor and Stuart Room. On the wall of that room hangs a portrait of Revere in his military uniform.

The first mention of the Tudor and Stuart Club in the yearbook was in the 1923 Hullabaloo. Here, the organization and purpose of the club is laid out. 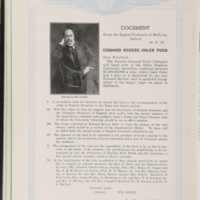 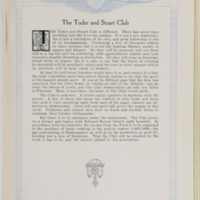 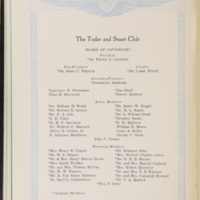