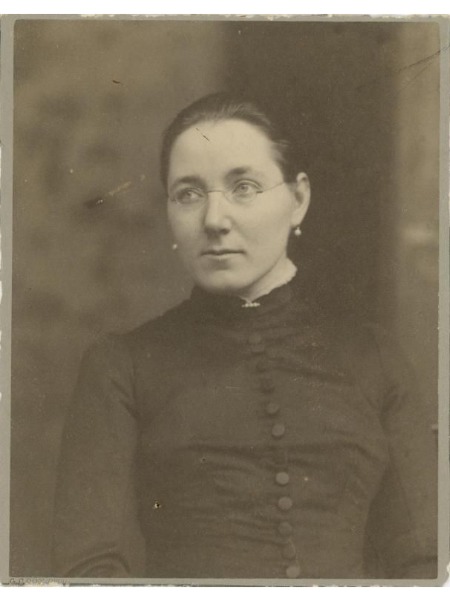 The insistance on gender equality for advanced medical education!

Mary Elizabeth Garrett's vision and work supported by a group of close female friends brought forth a profound change in the face of medical eduction. With her unparralelled business acumen gained at her father's side, her wealth and determination, she and her friends "The Friday Evening Group", led a campaign working with women across the country to raise needed funds to open the school of medicine. With the funds they raised plus a large gift of her own she was able to impose measures that guaranteed that when the school opened it would do so only if women were admitted on the same terms as men.

And the terms were made more exacting by Miss Garrett. She raised the entrance bar higher with additional requirements for all who would apply for admission to the Johns Hopkins School of Medicine.

In Baltimore on 5 March 1854, Mary Elizabeth Garrett was born into a family that was both wealthy and committed to philanthropy. She was the youngest child and only daughter of John Work Garrett, president of the Baltimore & Ohio Railroad, the country’s first major railroad. She was brought up in an opulent mansion on Mount Vernon Place in Baltimore. In the mid-to-late nineteenth century, Mary Elizabeth Garrett’s father was one of the most influential men in the country. He became a close advisor to President Abraham Lincoln during the Civil War and was known as the “Railroad King.” Mary Elizabeth Garrett learned early how to use her great wealth to advance women’s causes in much the same way that her grandfather and her father had built their financial and railroad empires: through clarity of vision, effective strategy, perseverance and, not least, seizing opportunities at the right time.