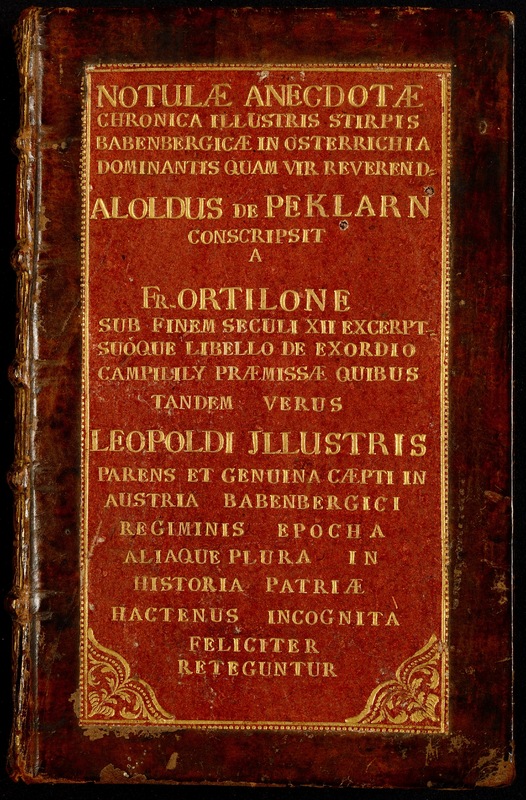 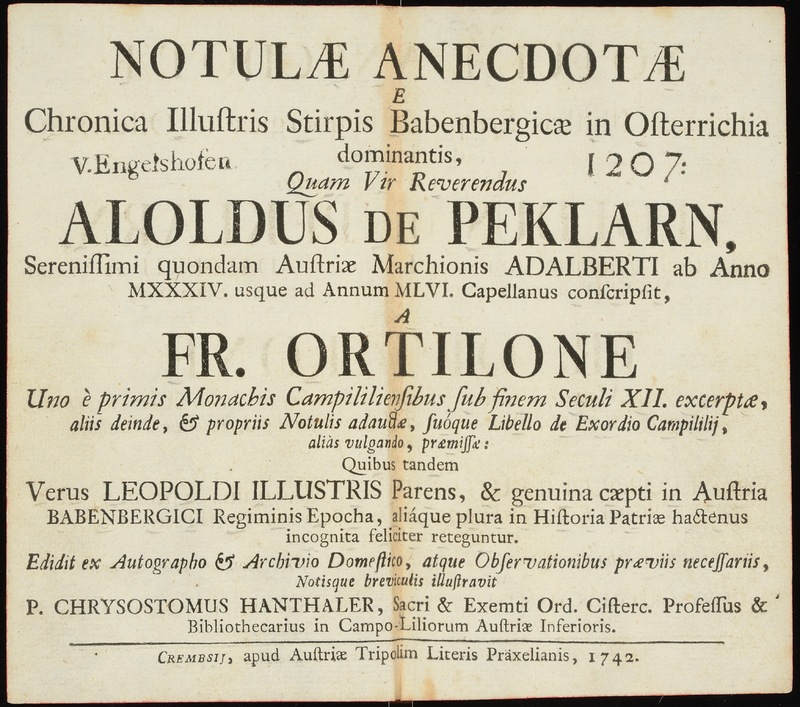 The elaborate gilt cover of this book quite literally “paints the lily gold,” for it contains the imaginative Lilienfeld librarian, Chrysostomus Hanthaler’s falsified lists of various and impossibly rare incunabula he very much wished had been written and published in order to advance his own false historical claims. The antiquarian-monk was prone to exaggeration, as evidenced in his imaginative and patriotic chronicles of the exploits of the Austrian Babenberg dynasty, taken from “ancient sources,” of which this Notulae anecdotae formed a significant part.