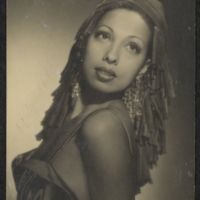 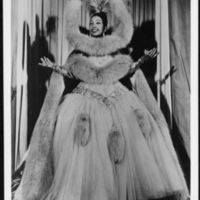 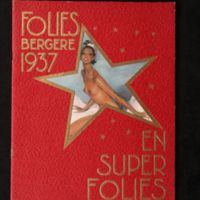 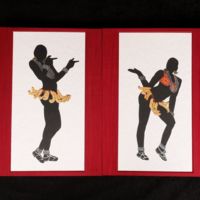 I was born a Negro, and I wasn’t allowed to be the real American I so wanted to be.”  Josephine Baker escaped the limitations of America to find a stage that would spotlight her unique talents as a singer, actress, and dancer. She gave Black culture greater visibility in Europe and brought new visions of Black womanhood to the world stage.

Born Freda Josephine McDonald in St. Louis Mo., Baker spent her early years in poverty, witness to the racial violence and terrorism that swept the nation at the turn of the century.  From street corner dancer and the Black vaudeville circuit to Broadway, America still limited opportunities for a talented Black woman from the south.

Baker did not captivate the world with her unique appeal until she performed, as an American expatriate in Paris, establishing herself in 1925 as a star in the musical La Revue Negre.  She was a musical icon throughout the Roaring Twenties and up to her death in 1975, first shocking audiences by dancing in the nude and then adopting the exotic persona popularized in Europe and around the world.

Baker dared to find the place where she could exercise her musical genius, emanate sensuality, and control her own image. She stood for freedom on many levels.  She left the country as a form of protest, worked as a spy with the French Resistance in WWII, and became an important figure in the U.S. Civil Rights Movement.