A geographer by training, Isaiah Bowman served as president of Johns Hopkins University from 1935-1948. He led the university through World War II, placing its resources at the disposal of the government and preparing for the post-war return of large numbers of former soldiers. Bowman was also known for his deplorable racism and anti-Semitism. As the first director of the American Geographical Society, he lent his organization’s services to the US war effort, and in 1918 was appointed Chief Territorial Specialist of the American delegation to the Paris Peace Conference. He played an instrumental role in determining new national boundaries at the conference, helping to redraw the global political map with repercussions that continue to play out today through conflicts in places like the Balkans and Ukraine.

Bowman documented his time in Paris in great detail in his personal papers, saving everything from dinner invitations and luggage tags to strategy memos and drafts of documents that would redraw the boundaries of Europe.

Map delineating boundaries of Poland, Lithuania, and Western Ukraine, circa 1919 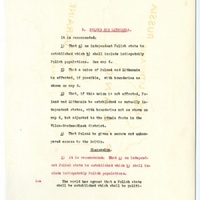 Text proposing boundaries of Poland and Lithuania, circa 1919 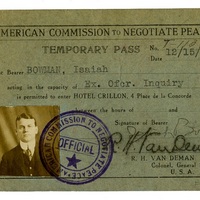 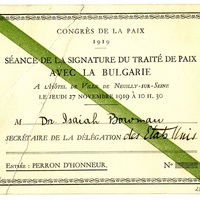 Invitation to the peace treaty signing with Bulgaria, 1919 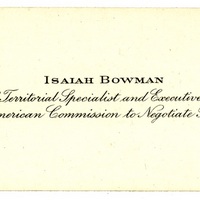 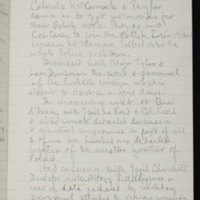 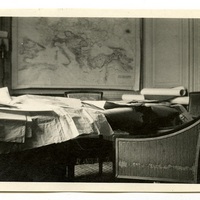