On Record and Radio

"She is an ideal, an almost mythical figure in opera singing… It is with this ideal in mind that whenever young singers approach me and ask whom they should pattern their singing after, I always respond, 'Make a sincere study of the recordings of Rosa Ponselle.'"
- Luciano Pavarotti 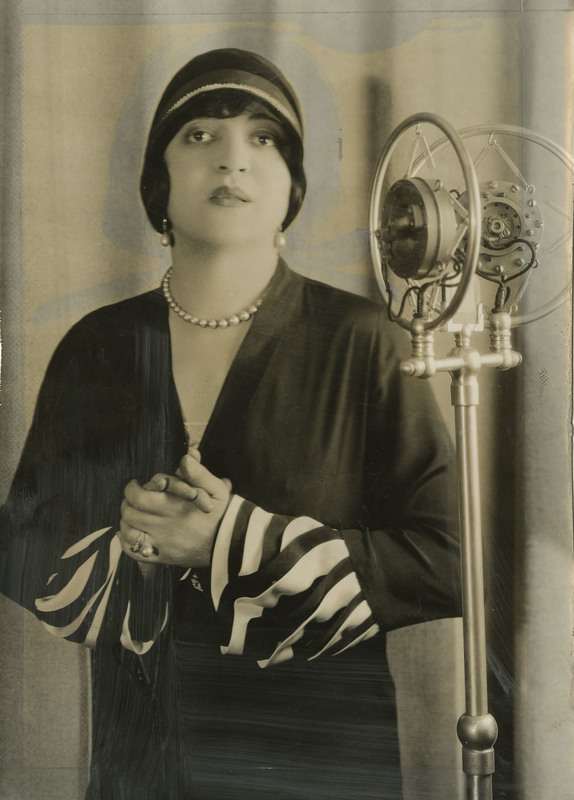 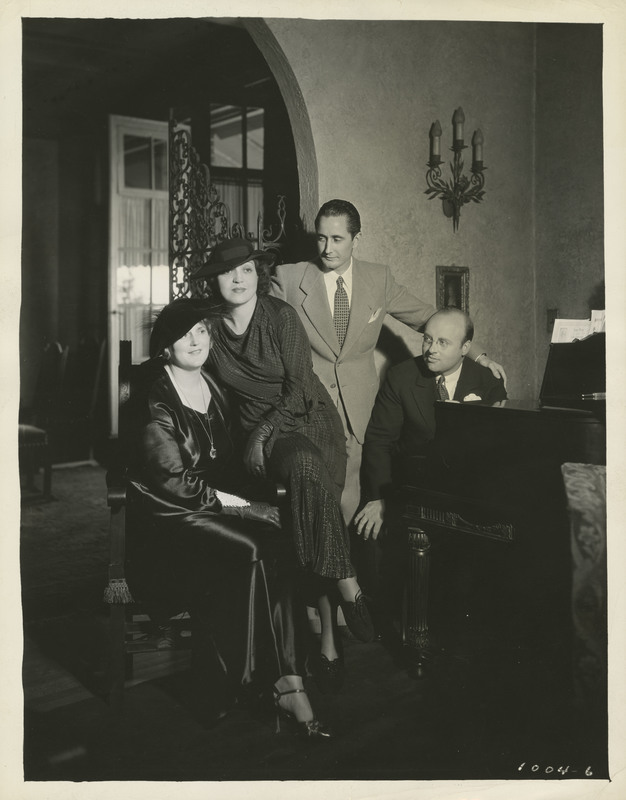 Rosa Ponselle with the cast of The Chesterfield Hour, 1930s.

Rosa Ponselle's recording career began almost immediately after her breakthrough on the opera stage. With the acoustic recording technology advancing quickly, sound engineers were eager to record the voices of the Metropolitan Opera and even began to broadcast them throughout the country. In her first season, 1918–1919, Ponselle recorded excerpts from Aida, La Forza del Destino, Cavalleria Rusticana, Il Trovatore, I Vespri Siciliani, Tosca, Madama Butterfly, and Norma, as well as some of her vaudeville arrangements like "Keep the Home Fires Burning" and "Whispering Hope." In 1919, she and Carmela recorded "Comin' through the Rye" and Offenbach's "Barcarolle," which they had so often performed together in the vaudeville circuit.

When Columbia Records released Rosa's "Un bel di vedremo" from Puccini's Madama Butterfly in 1919, The New York Telegraph hailed her for having achieved a "triumph of dramatic singing" and "conveying heartsick longing for her American lover's return." This is the first review of her recordings that she preserved in the scrapbooks commemorating her achievements.

Although recordings and radio broadcasts were a huge part of her career, and managed to bring her into the homes of millions across America and internationally, she was never entirely happy with their quality. In her autobiography with James Drake, she writes:

Everything had to be rushed to fit the four-minute side…They would push you to the horn when you sang pianissimo and pull you back for the fortes. It was quite a strain on the nerves. Many beautiful passages were lost because you could not express yourself as you would before the public. There was not time for countless details. I was never quite pleased with myself.

Ponselle was a regular guest on the popular Columbia Broadcasting radio programs of conductor André Kostelanetz in the 1930s. During an air-check for The Chesterfield Hour in 1936, she sang "Tu che invoco con orrore" from Spontini's La Vestale, which captured a more performance-like feel of the performance of the aria than the commercial recordings. Listen below to this recording with an introduction by Milton Cross, the longtime host of the Metropolitan Opera Saturday broadcast series:

On the Air Once More

In 1954, RCA Victor Company convinced Ponselle to record again, and even brought all of their recording equipment to Villa Pace so that she would not have to travel to New York.

In a promotional radio program advertising the release of the recording, she spoke about Teresa del Riego's song "Homing" and then sang it live on the broadcast. It was one of her most popular pieces from the very beginnings of her career in vaudeville and she sang it at almost every concert appearance she gave. Listen below to a recording from 1922:

← On Tour
Retirement and Legacy →
On Record and Radio