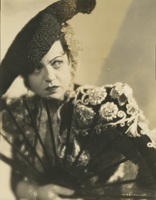 Rosa Ponselle in her toreador costume from Carmen, 1937. 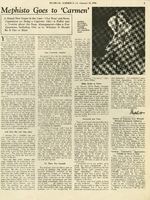 A review of Ms. Ponselle as Carmen in January 1936 from Musical America.

As negotiations began for the 1937–1938 season at the Metropolitan Opera, Rosa Ponselle was just finishing a run of performing the title role in Bizet’s Carmen. This role seems always to be followed by controversy and she was warned not to take it on because the excessive use of chest voice required by the role could be harmful to her voice. Nevertheless, she studied the role feverishly, found singing it easy, and adored the cutting-edge costumes designed for her by the well-known Valentina. Her performances were met with polarized reviews, and the Act IV toreador-style costume garnered a large amount of attention, albeit less than rumors of a shaky high note in her first performance of the opera.

The Metropolitan Opera's new general manager, Edward Johnson, was pushing for Ponselle to sing Desdemona in Verdi's Otello, but she was advocating to sing the role of Adriana in Cilèa’s Adriana Lecouvreur. Johnson rejected her request, citing financial reasons. Ponselle then offered to sing the first 12 performances without salary and created a petition that was signed by several important Metropolitan patrons. But Johnson and the rest of the management team remained firm in their decision. Ponselle saw this as the refusal to trust her "artistry and box-office power in a revival" and she ended her relationship with the opera house without any official farewell.

In 1936 Ponselle married Carle Jackson, son of Baltimore Mayor Howard Jackson. After her withdrawal from the Metropolitan Opera, she spent time in Los Angeles with her new husband working on negotiations for a film version of Bizet's Carmen and mingling with stars. She even gave some voice lessons to Joan Crawford and Shirley Temple.

Upon receiving an ultimatum from Mayor Jackson, the couple settled in Baltimore, where they would build their lavish Villa Pace estate. Although the marriage would end in divorce in 1950, Ponselle remained in her adopted city and plunged into her work with the Baltimore Opera Company, where she would become artistic director and a mentor to young stars. 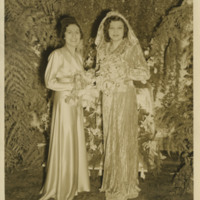 Rosa Ponselle on her wedding day with her sister Carmela, 1936. 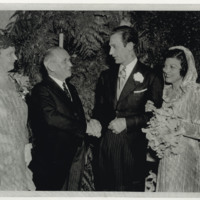 Rosa Ponselle's wedding to Carle A. Jackson, with his parents, Baltimore Mayor Howard Jackson and Ella May Galloway Jackson, 1936 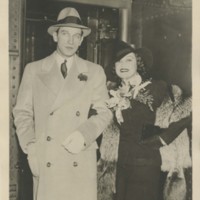 Rosa Ponselle and Carle Jackson heading to their honeymoon, 1936. 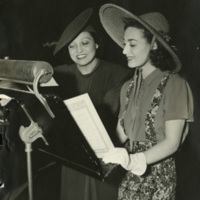 Rosa Ponselle with Joan Crawford at a studio in Hollywood in 1936.

← On Record and Radio
Villa Pace →
Retirement and Legacy