Helen Taussig graduated from the University of California, Berkeley, in 1921 and sought medical training in Boston. However, neither Harvard nor Boston University would grant medical degrees to women. She completed her education at the historically-coeducational Johns Hopkins School of Medicine, earning her MD in 1927, and remained at Hopkins for the rest of her career.

In 1930, Taussig was appointed by Edwards A. Park, professor of pediatrics, to head his rheumatic fever clinic. This clinic soon shifted to its focus to congenital heart disease, and Taussig began work on a comprehensive treatise, Congenital Malformations of the Heart, which she published in 1947. As she saw more and more patients suffering from Tetralogy of Fallot, she realized that lack of blood flow to the lungs was causing their symptoms. 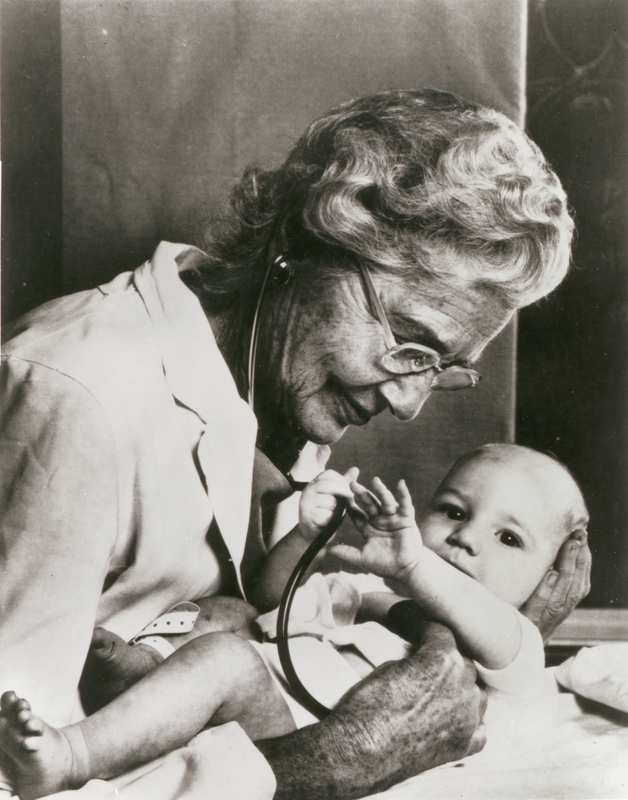 Although accounts vary as to the origins of the operation, Taussig recalled getting the idea from a conversation in 1943 with surgeon Alfred Blalock and pediatrician-in-chief Edwards A. Park. Park asked Blalock if the carotid artery could be used as a bypass to repair a coarctation. Taussig, thinking of the blue baby problem, interjected, "If you could put the carotid artery into the descending aorta, couldn't you put the subclavian artery into the pulmonary artery?" 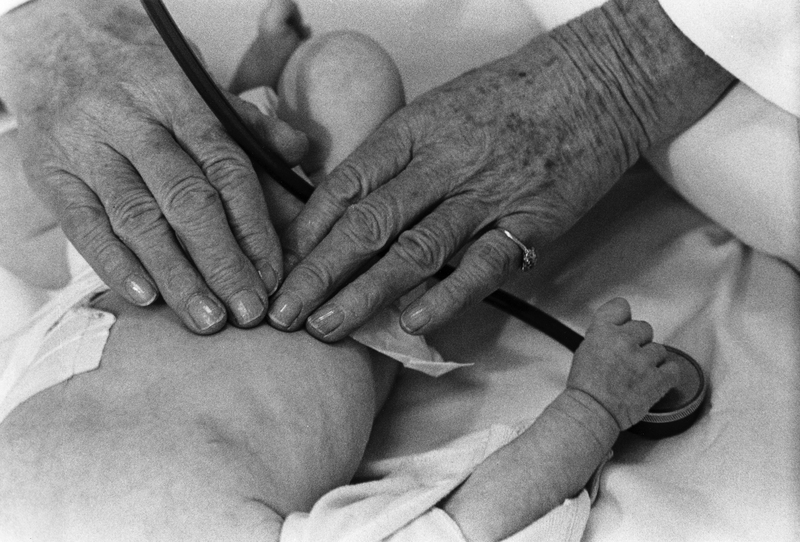 The hands of Dr. Helen Taussig examining an infant. Photograph by permission of Tadder Associates.

Blalock and Vivien Thomas consulted with Taussig as they developed the procedure in their lab. She was responsible for diagnosis, pre- and postoperative care of these delicate patients. In 1945, Taussig and Blalock published a joint paper on the first three blue baby operations. The success of the procedure attracted many patients to Hopkins for treatment, and also brought many physicians there to train.

“The first Blalock-Taussig anastomosis,” Dr. Helen Taussig, 1968. In this lecture given in 1968, Taussig reflects on the development and success of the blue baby operation.

Taussig, considered the founder of pediatric cardiology, learned to navigate clinical practice with dyslexia and hearing impairments. It also took special determination to rise through the ranks at Johns Hopkins as a woman. She received international recognition and honors for her contributions to medicine, including the French Chevalier Legion d'Honneur, the Italian Feltrinelli Prize, the Peruvian Presidential Medal of Honor, and here at home, the Albert Lasker Medical Research Award, and the United States of America Medal of Freedom. Her testimony before the United States Congress was critical in banning the drug Thalidomide, which caused countless birth defects in European children.