In January of 1930, Vivien Thomas took a job in Alfred Blalock’s Vanderbilt University Hospital laboratory. Thomas was supposed to be in his first semester of college, and had planned to become a doctor, but his life savings was wiped out in the stock market crash that set off the Great Depression. Blalock’s lab was his best chance to pursue medical work, though his contributions often went unacknowledged.

Thomas quickly learned to perform the surgical procedures and chemical determinations needed for their experiments, to calculate the results, and to keep precise records. He managed the laboratory while Blalock focused on clinical and administrative duties. He also designed his own surgical equipment, since no specialized tools existed for operating on the heart. 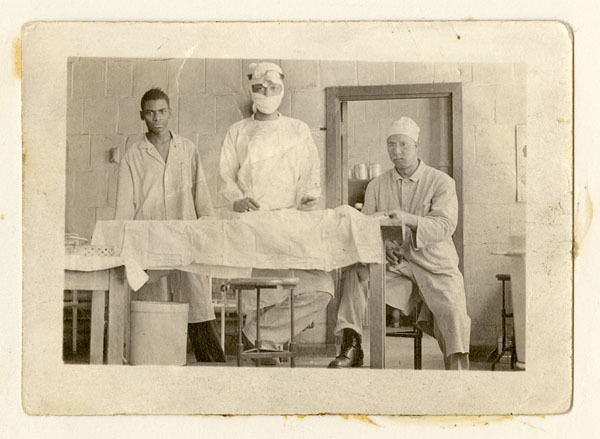 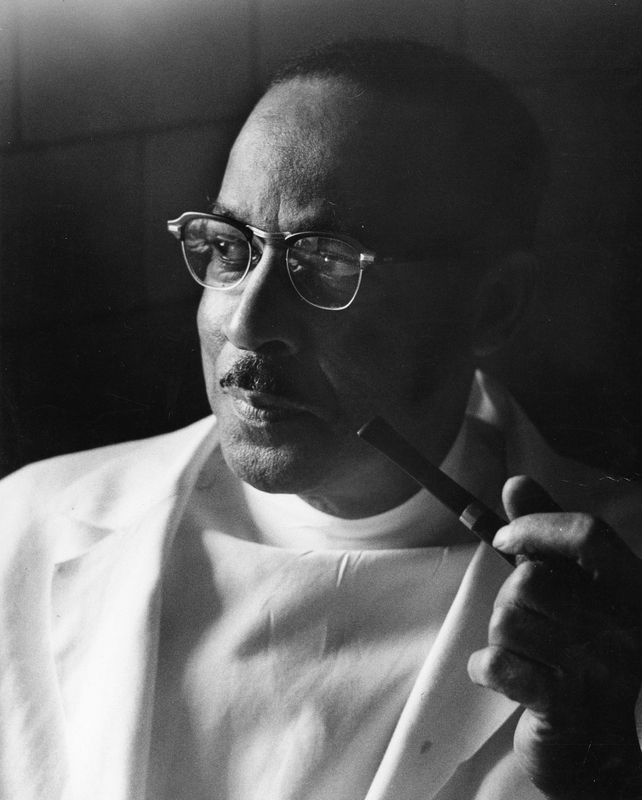 When he came to Hopkins in 1941, Thomas was the first African American to walk the halls in a white coat; black people were not admitted as students or faculty. Though Thomas supervised the surgical laboratories at Hopkins for over 35 years, he was paid far less than white workers in the same position, and sometimes earned money by bartending at faculty parties. 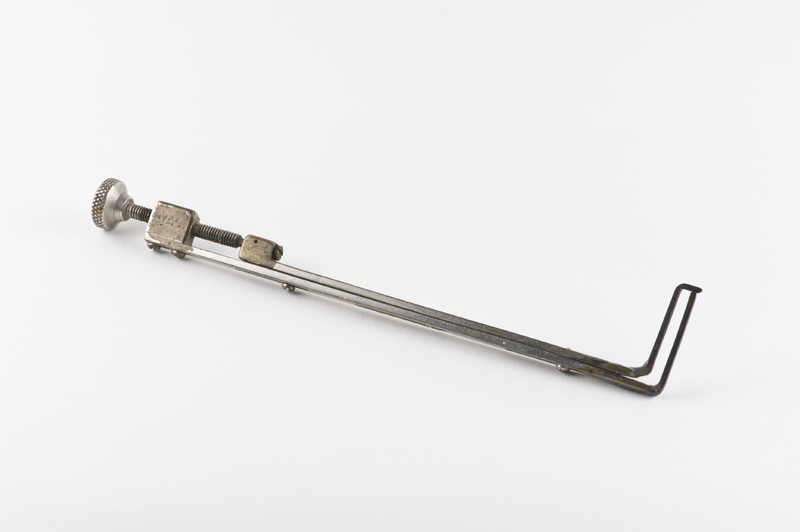 Clamp for the temporary occlusion of the pulmonary artery, devised for Blalock's use by Vivien Thomas and William Longmire, working with the Baltimore surgical supply house Murray Baumgartner & Co.

Correcting the Tetralogy of Fallot was a daunting task, and much was at stake – both the lives of patients and the future of cardiac surgery. Blalock strongly believed that the concept would work, but responsibility for developing a safe and effective procedure rested with Thomas. He first had to recreate the abnormal heart structure in animal models, and then demonstrate the fix. He did so in less than two years. The barriers that had kept him from a medical degree were reflected in the scene of the first human operation, where Thomas stood on a stool behind Alfred Blalock and guided the surgeon through the complicated new technique. 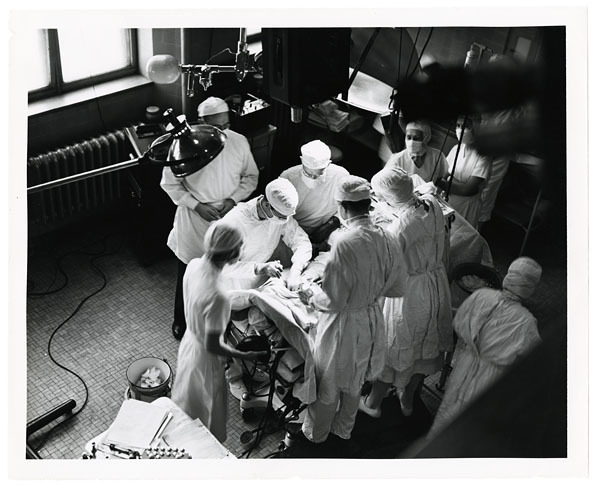 In this overhead view of a blue baby operation in 1947, Vivien Thomas stands just behind Blalock in the upper left.

As the blue baby operation won fame and prestige for Hopkins, Thomas’s role became more widely appreciated among his colleagues, though he was never mentioned in publications. He trained generations of medical students in surgical technique; Denton Cooley recalled that “there wasn’t a false move, not a wasted motion, when he operated.”

Thomas made these remarks when presented with his portrait at the Biennial meeting of the Johns Hopkins Medical and Surgical Association in 1971.

When the School of Medicine integrated in 1963, Thomas became a mentor to black students navigating a sometimes-unwelcoming institution. In 1969, Thomas was honored with a portrait that now hangs alongside those of former directors of the department of surgery. In 1976 he was appointed instructor in surgery, and received an honorary degree from Johns Hopkins University; he retired three years later, at age sixty-nine.