One of the greatest songwriters of the 20th century, Irving Berlin wrote classics including "God Bless America," "White Christmas," There's No Business like Showbusiness," and "Puttin' on the Ritz." 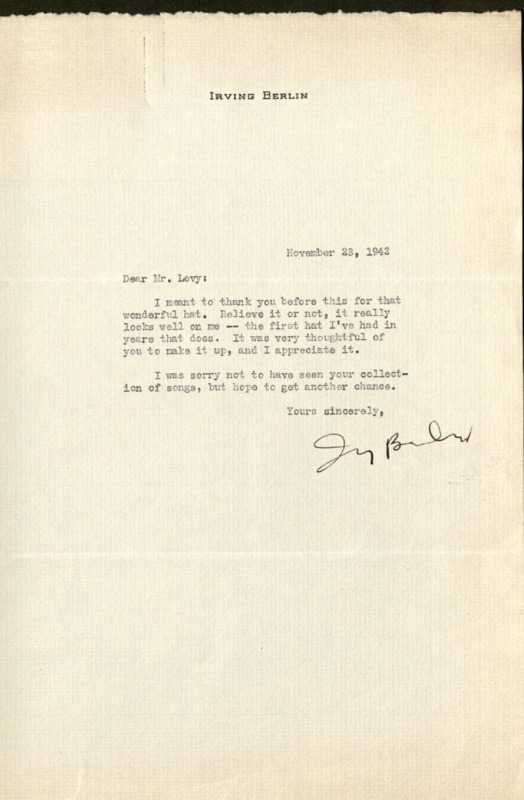 As the Levy family was originally in the hat industry (Levy's grandfather founded M.S. Levy & Sons hat makers in Baltimore), Levy would often send custom hats to acquaintences. Here, Berlin thanks Levy for sending him a hat. 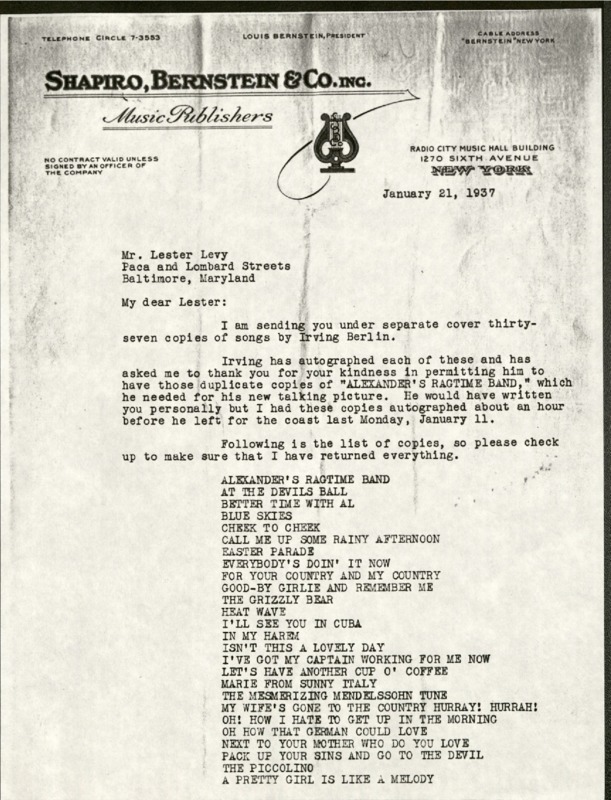 The collection contains a large number of songs autographed by Irving Berlin-- this list by Levy's colleague Elliott Shapiro lists them.

In addition to his correspondence with Irving Berlin, Levy also developed a friendship with lyricist Ira Gershwin (brother and collaborator with composer George Gershwin). 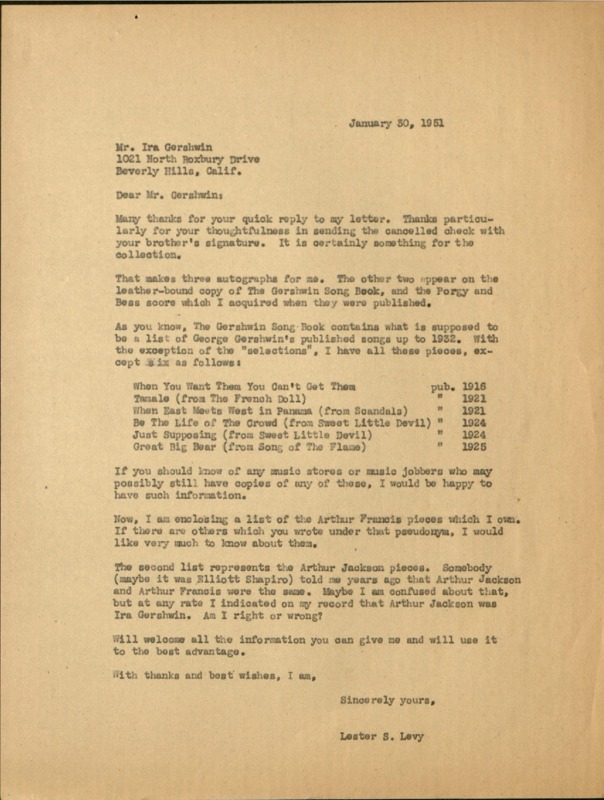 These correspondence show Levy's persistence in obtaining songs missing from his collection, often going straight to the source. Here, he asks Gershwin about his pseudonym (Arthur Francis) and boldly requests a large number of signed songs. Levy and his collector colleagues had extensive lists of songs they were searching for, whether rare items like the Star Spangled Banner or single songs to complete a Broadway showbook. 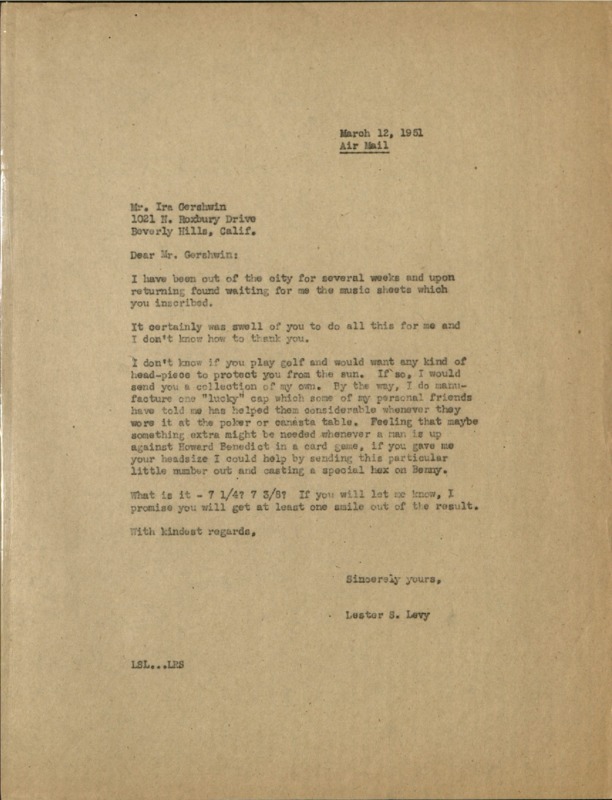 The conversation continues here, as Gershwin has signed the requested songs. In return, Levy offers to make him a set of custom hats (in fact, this may be the only place in writing in which Gershwin's head size is documented!). His signature appears to have been cut out as a keepsake. 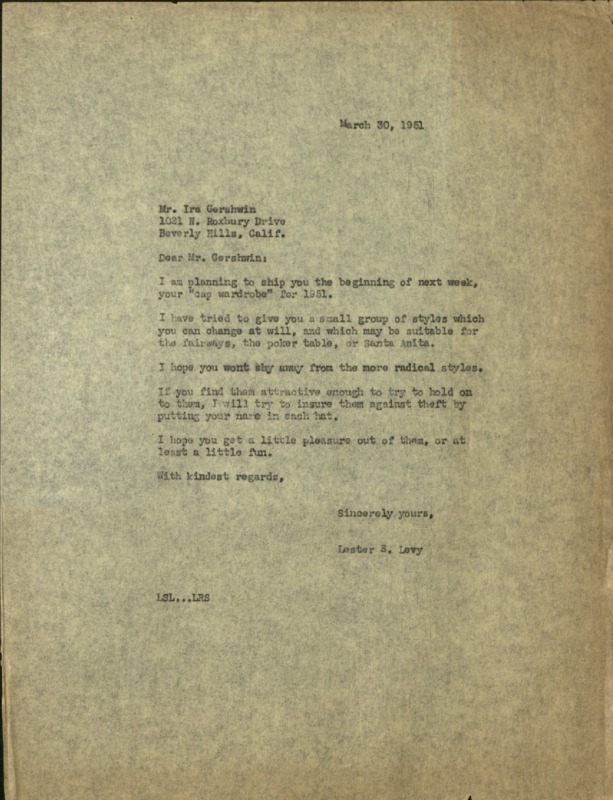 Here, Gershwin thanks Lester for the hats received. 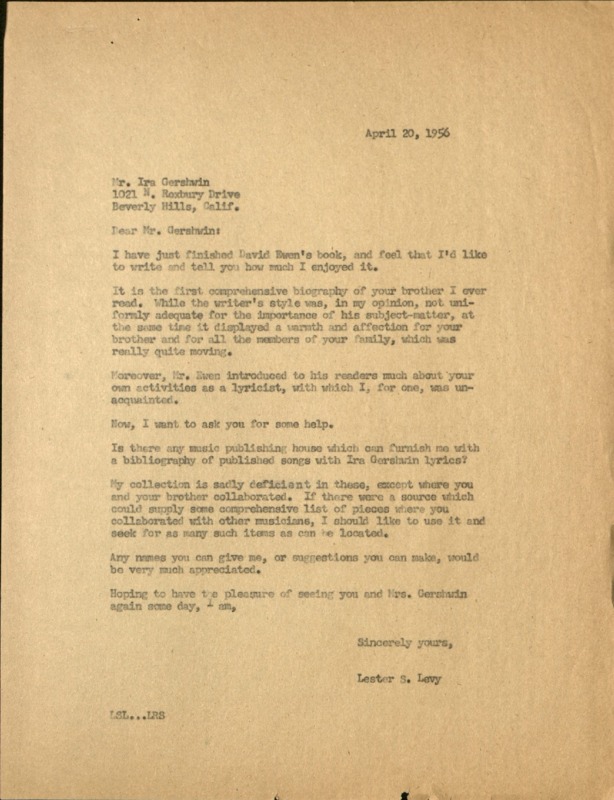 In these correspondence, Levy follows up on the missing songs and discusses the possibility of an Ira Gershwin biography (there is not nearly as much scholarship on Ira as there is for composer George Gershwin).

Here, Gershwin politely requests a new hat. Interestingly, he also asks Levy for advice on which edition of a particular song is the first one. This demonstrates the level of Levy's authority in sheet music history.