In developing his collection, Levy was not afraid to write to well-known performers, conductors, and composers. 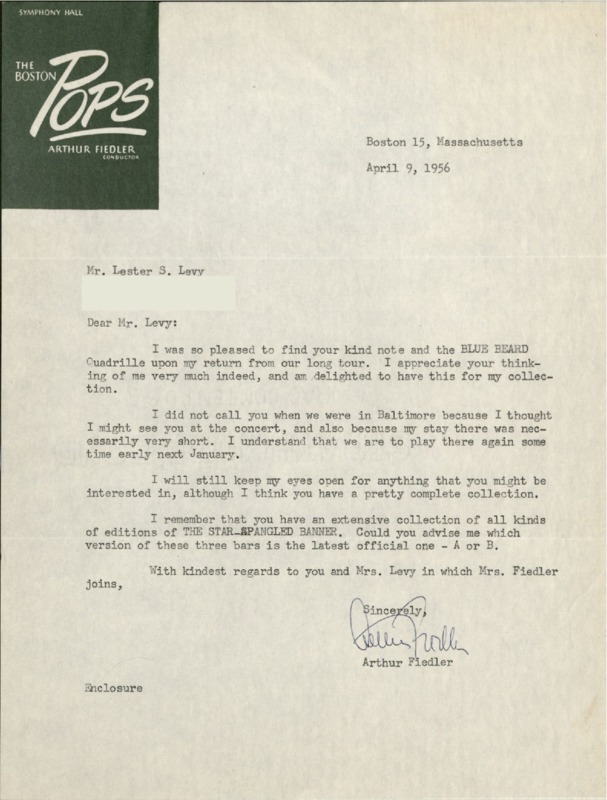 Arthur Fiedler was a legendary conductor, most well-known for leading the Boston Symphony Orchestra and Boston Pops. These letters document a warm friendship between the two and illustrate the extent of Levy's authority on US music history. Levy was known for his unrivaled collection of Star Spangled Banner material-- here, Fiedler asks Levy to identify the correct rhythm for three measures of the song, as numerous changes were made to the melody and rhythm before we ended up with the version we know today. 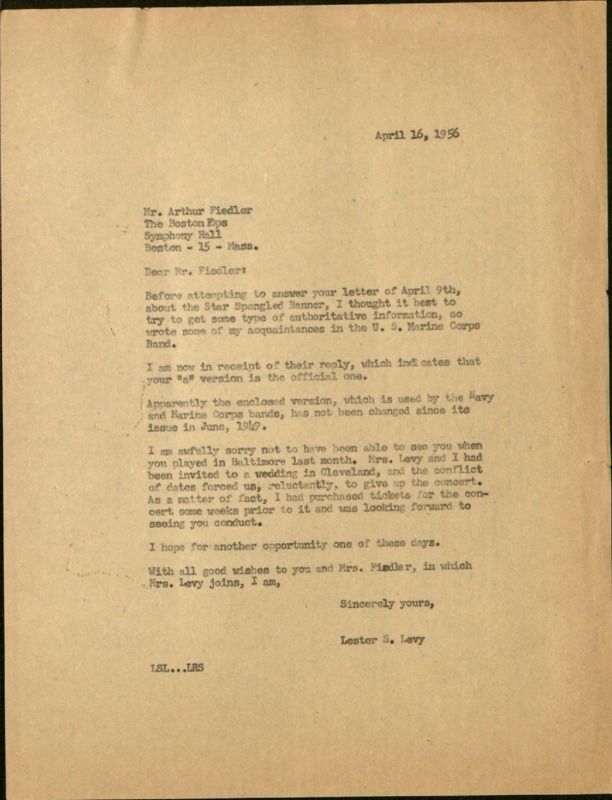 This series of letters followed Levy's research into the correct version of the banner's rhythm. Most interesting in the correspondence is Fiedler's mention of Igor Stravinsky's controversial arrangement of the Star Spangled Banner. After the premiere of the song in Boston, Stravinsky's version was banned due to federal law prohibiting 'tampering' with the song.

The correspondence also provides a window into the research done by the great conductors-- each decision in musical interpretation (even something as simple as two notes) comes from hours of painstaking research to produce a musical product faithful to the composer's intent.

Another famous conductor, Sergiu Commissiona led the Baltimore Symphony from 1969 to 1984. These letters reveal the collection's use in BSO concerts and the collaboration between Levy and the orchestra. 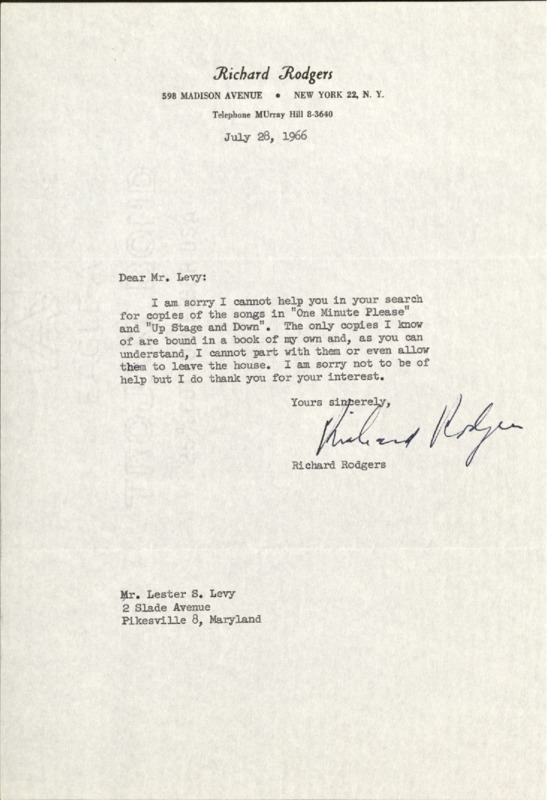 While short, this letter implies Levy's fearlessness in contacting musicians of note. Nowadays, most of us wouldn't dare write a letter to a classical celebrity like Yo Yo Ma, and it would be even more inconceivable that we'd receive a signed letter in response. Levy regularly reached out to famous composers for rare copies of their songs, eventually starting a friendship with Ira Gershwin (detailed later in this exhibit). 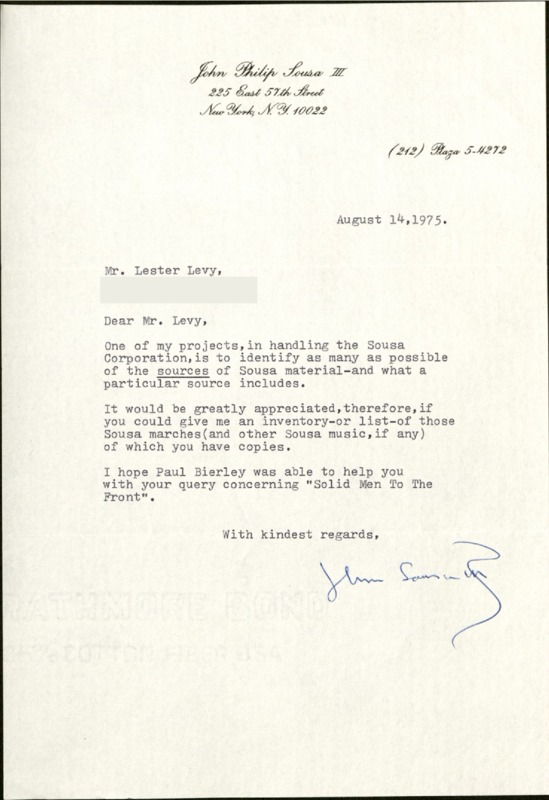 The grandson of the king of American marches, John Philip Sousa III here reaches out to Levy to assist in cataloging Sousa's marches. Levy acquired dozens of Sousa's works during his collecting career. 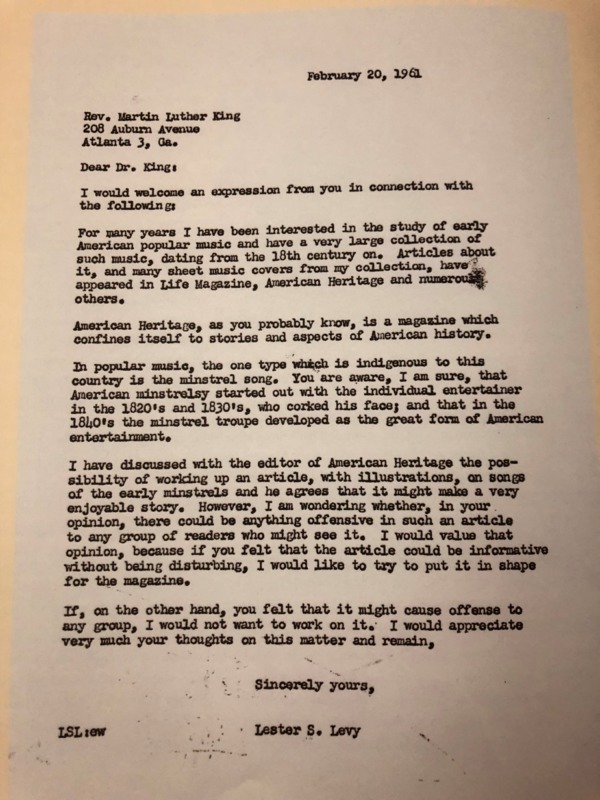 In February 1961, Levy wrote to Martin Luther King, Jr. to seek his advice on sensitively discussing minstrelsy in his writings. Levy's aim was to be "informative without being disturbing"-- MLK here points out that the manner in which the subject is explained ultimately differentiates between perpetuating stereotypes and presenting history. Levy would go on to write extensively about minstrelsy (Letters courtesy Sue & Ellen Patz).