Levy kept a close ear to the ground when it came to US government policy surrounding sheet music and its history. Corresponding with numerous departments over the span of his career, he eventually donated a number of songs to the Deparment of the Interior, Library of Congress, and the White House. 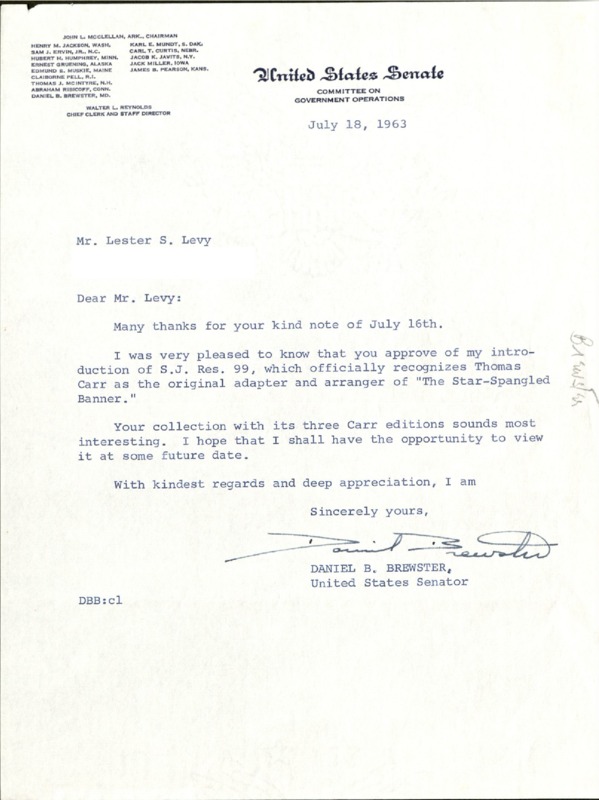 This letter from US Senator Daniel Brewster recognizes Lev'y support for a resolution regarding the Star Spangled Banner. 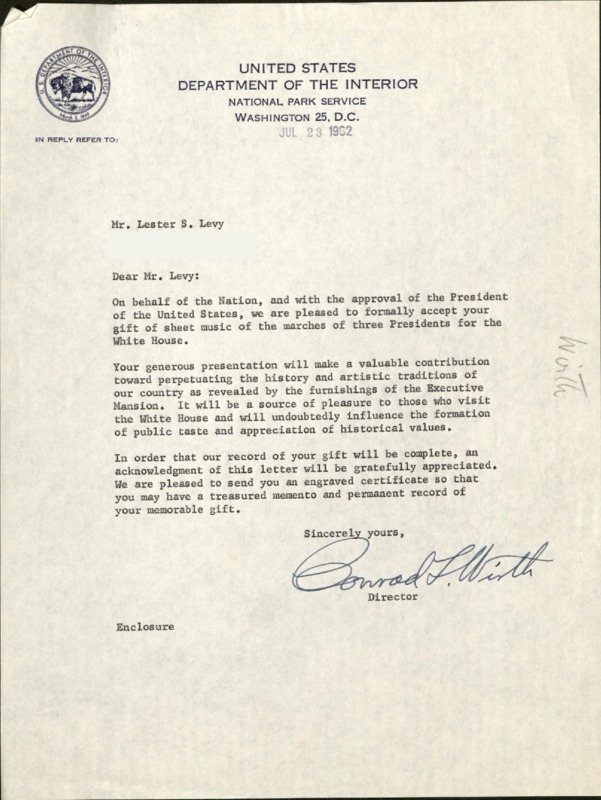 Department of the Interior Letter

This correspondence from the Director of the US Department of the Interior thanks Levy for his donation, possibly for display at the White House. The letter mentions marches for three presidents, but it is unclear how many songs (or which presidents) are represented. 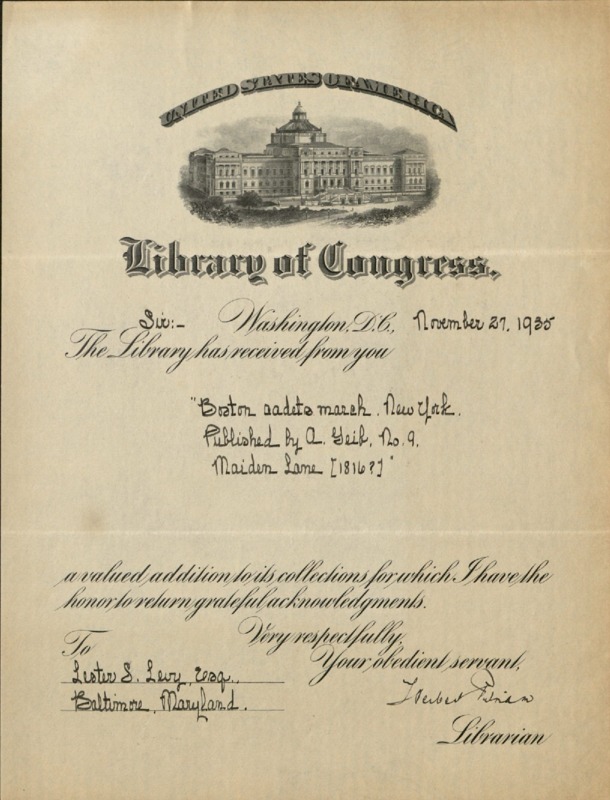 Levy also made a donation to the Library of Congress-- a song entitled "Boston Cadets March." There are currently four editions of the song in the collection, so the one he donated was likely a duplicate. After accidentally selling his only copy of a rare song early on in his collecting, Levy swore to never again sell a song unless he owned a duplicate. The collection now contains many duplicate songs, often with varying degrees of condition-- this implies Levy would only collect duplicates if he found a version in better condition. 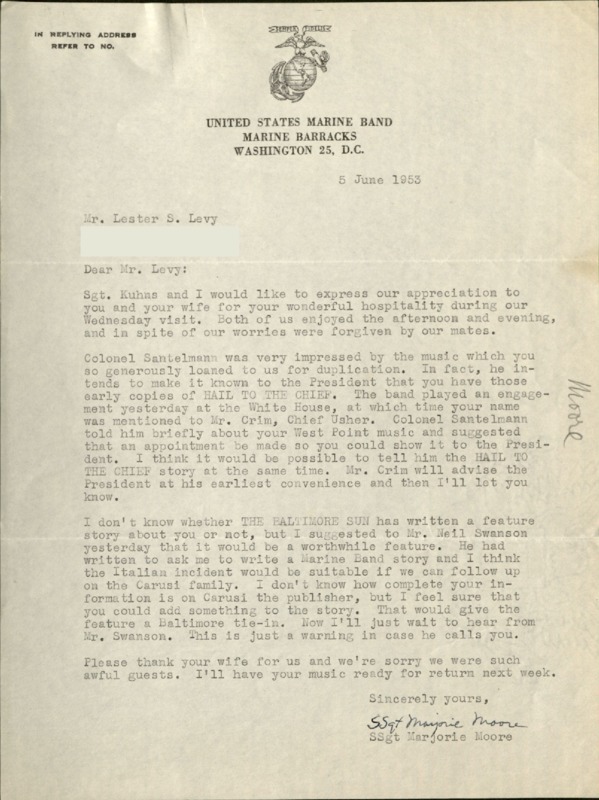