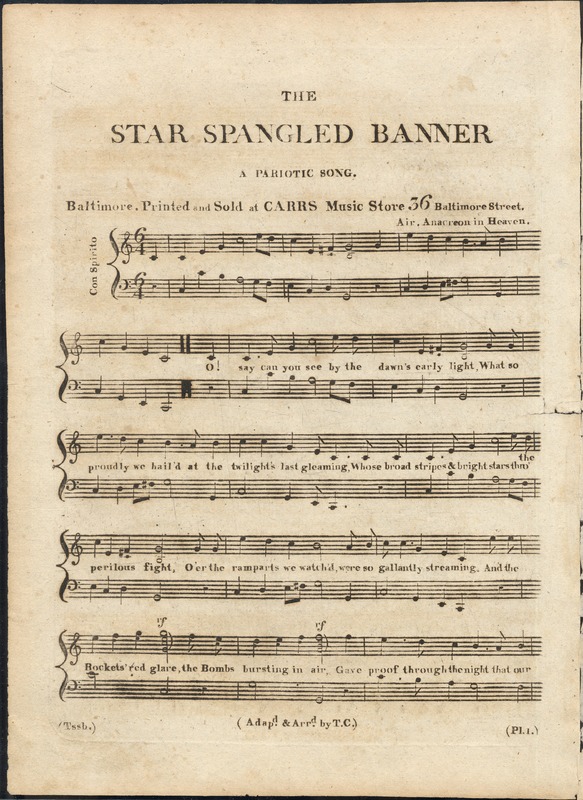 Lester Levy owned one of the largest collections of Star Spangled Banner material ever collected, now distributed between Johns Hopkins University and the Maryland Center for History and Culture. The collection includes many versions of the Anacreontic Song (the title of the original melody before it was adapted by Francis Scott Key) and later versions of the banner. The first edition (above) can be distinguished by the misspelling of the word "patriotic," possibly made in Thomas Carr's rush to be the first to publish the music and text together. 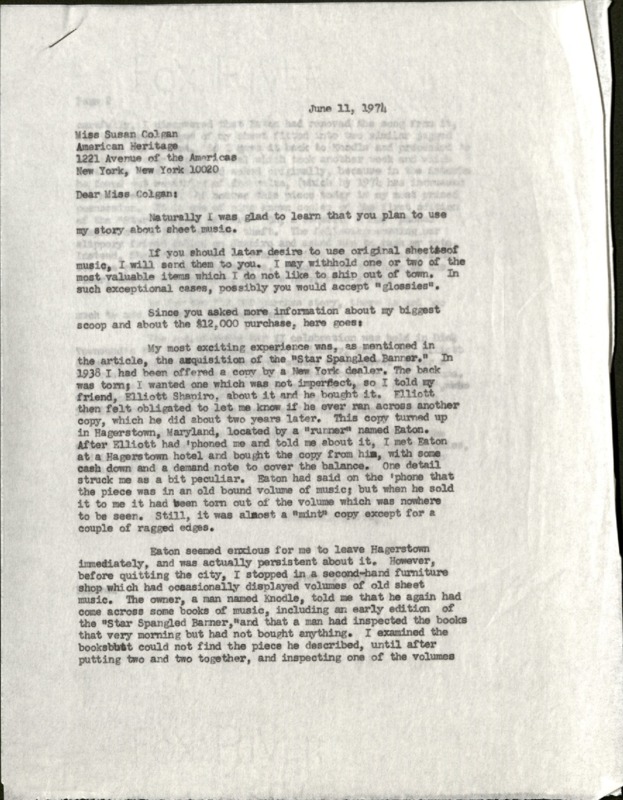 This letter tells the unbelievable story of Levy obtaining a rare first edition of the sheet music in 1938. After purchasing the music from a mysterious dealer, he found it had been stolen earlier that morning from a local antique store. Thankfully, the store owner allowed him to re-purchase the song, where it remains in our collection today. Levy eventually obtained another first edition of the banner, which he sold privately in 1946. To view the full letter in PDF format, click the song above, click on the link in the "other media" category, and finally click on the image.