Not satisfied with simply collecting sheet music, Levy sought every opportunity to publicly display his music and act as a consultant. 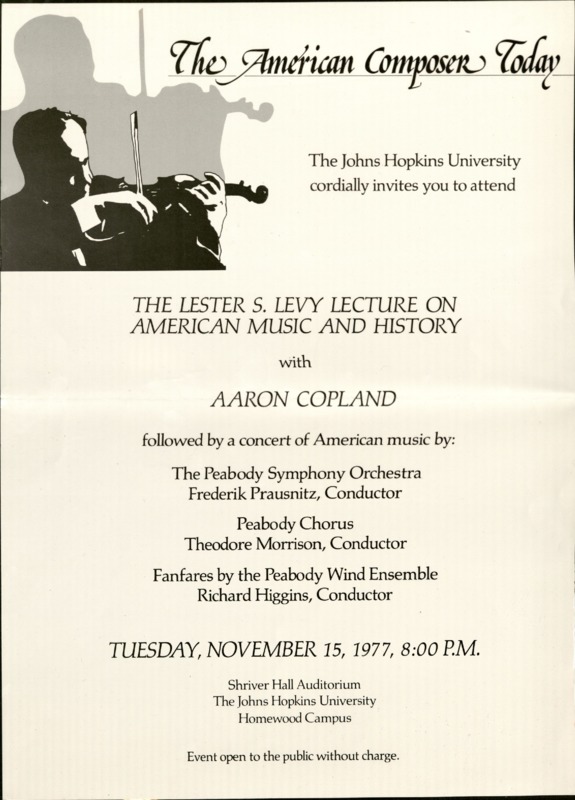 This poster for a lecture-concert featured renowned composer Aaron Copland and the Peabody Conservatory ensembles. 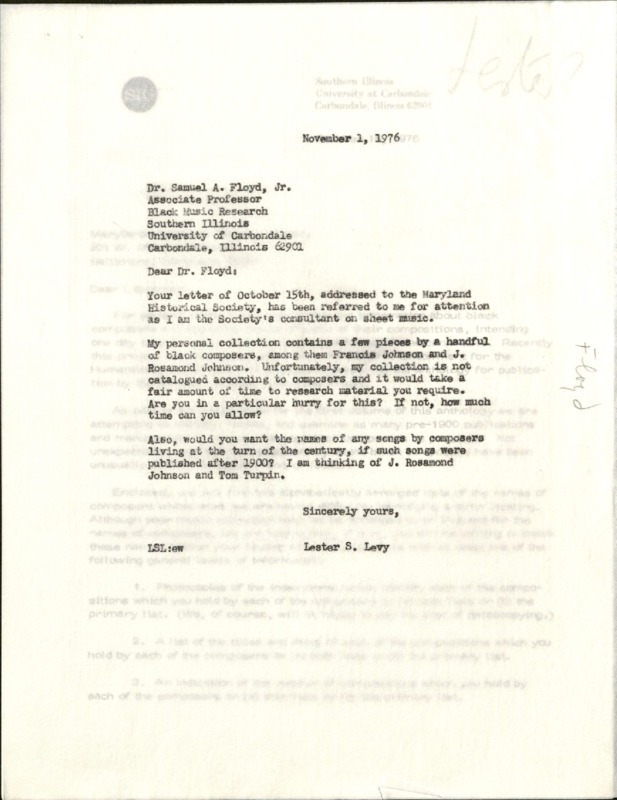 While at the Maryland Historical Society, Levy served as the sheet music consultant. Here, he assists a researcher in identifying African American composers. However, Levy's collection was originally organized by subject rather than composer-- a reflection on how it was most often consulted. 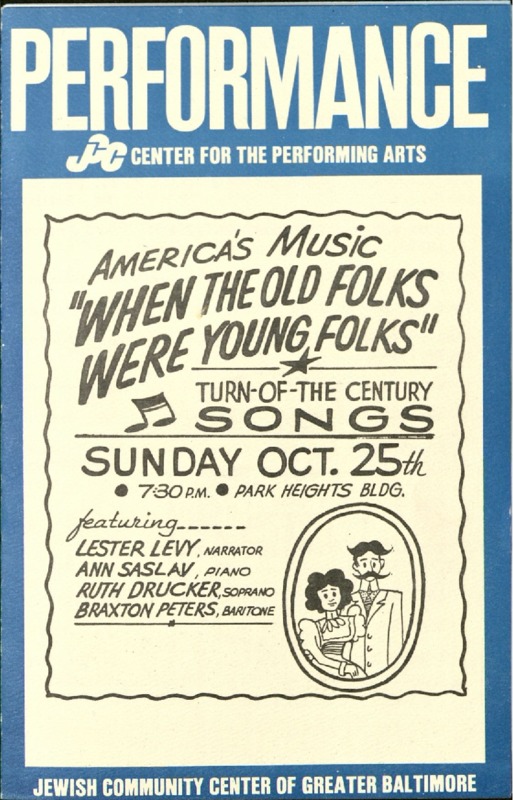 Levy was very active in the Baltimore Jewish community, serving as president of The Associated (a local Jewish organization). This performance poster features two musicians he frequently employed for lecture-concerts: Ann Saslav and Ruth Drucker. 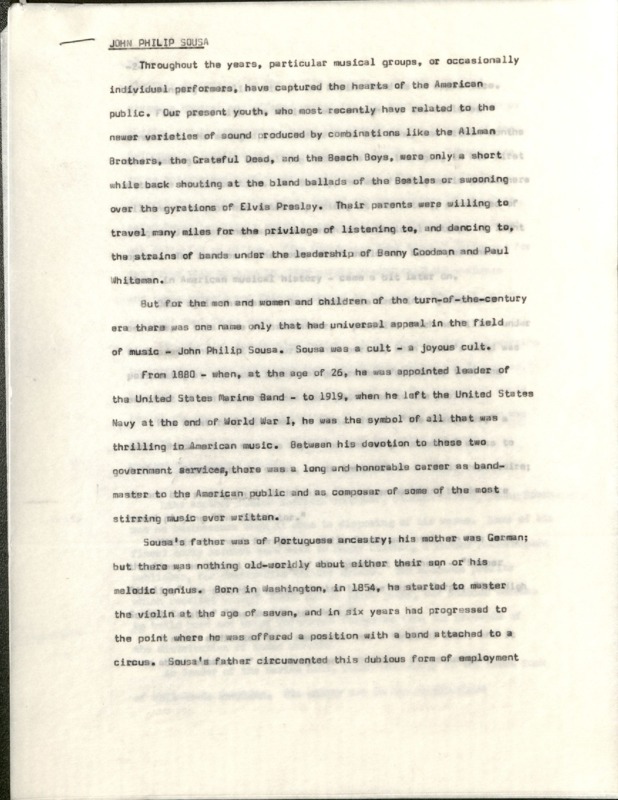 While Levy published four books, many of his serious writings went unpublished. Here, he writes a story of John Philip Sousa, likely for a public speech. He also hinted in his writings that he was considering a fifth book-- on the history of African American composers-- but it appears he did not begin writing this book.

These correspondence and photos show some of Levy's sheet music on display in clothing store windows.