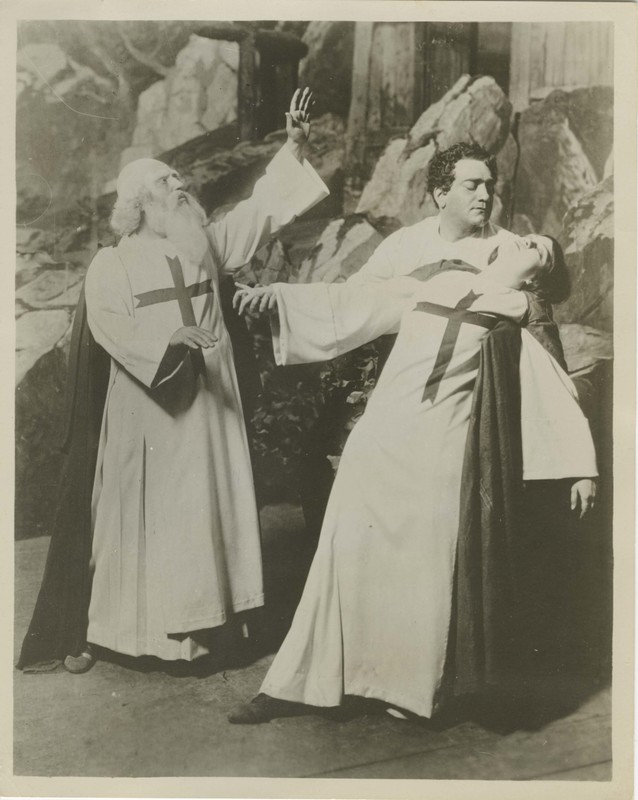 In the spring of 1918, Enrico Caruso, a frequent guest of William Thorner's teaching studio, dropped in unannounced during Rosa Ponselle's lesson. After only a few minutes, he began singing duets with her and spoke to her in Italian using her family's native Neapolitan dialect, saying, "You, little girl, are going to sing with me at the Metropolitan."

Shortly thereafter, both Rosa and Carmela Ponselle had a house audition at the Metropolitan for the director Giulio Gatti-Casazza. Rosa was told to return in a week and prepare to sing two arias: Verdi's "Pace, pace, mio dio" from La Forza del Destino and Bellini's "Casta diva" from Norma. After a rigorous week of study, Rosa had her audition. She got through the Verdi aria, but then, as she began the "Casta diva," she fainted mid-phrase. Despite all of this, Gatti-Casazza offered her a contract, saying:

"If you make good . . . I will open the door to American talent as long as I am here. If you fail, the doors are closed forever. You will be the first American to appear at the Metropolitan without having been to Europe first. The future of others depends on you." 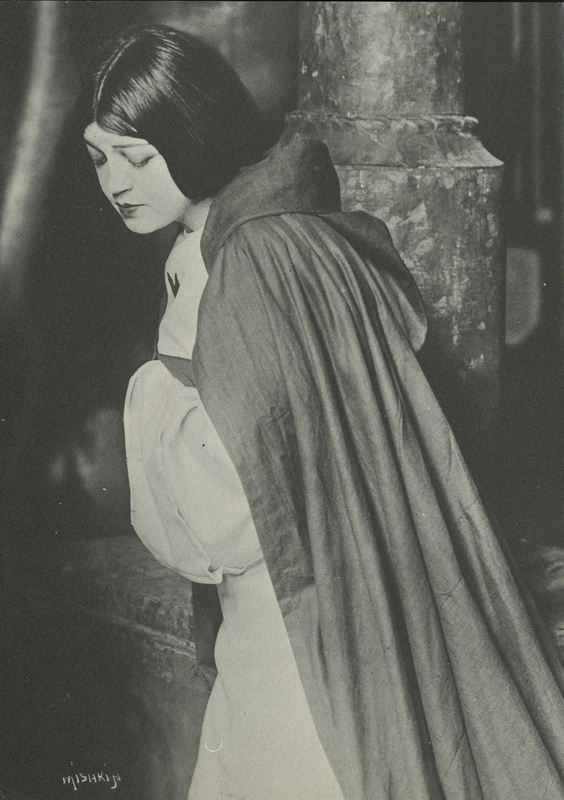 After signing the contract, Rosa had five months to prepare the role of Leonora for the American premiere of Verdi's La Forza del Destino, which she would sing in November 1918 with Enrico Caruso as Don Alvaro and Giuseppe de Luca as Don Carlo. The night of the debut, after a courageous dress rehearsal, the panic began to set in and she was calmed with sedatives. Remembering her fainting spell during her callback, Gatti-Casazza allowed Carmela to stand in the wings to give Rosa courage and physical support when needed.

Rosa later remembered, "Between phrases I said to him [Caruso], under my breath, 'I'm dying!' 'Sto morendo! Sto morendo!' And he said, 'Courage! Courage! I'll sustain you!' between phrases: 'Coraggio! Coraggio! Io ti sustegno,' in his Neapolitan dialect. And he did. He gave me the encouragement I so badly needed."

She continues: "After the final curtain, quite to my surprise, I received almost as many curtain calls as Caruso--a sure sign of my success."

Critics also received her debut enthusiastically. James Huneker reviewed her debut that evening in The New York Times: "Added to her personal attractiveness, she possesses a voice of natural beauty that may prove a gold mine. It is a vocal gold, anyhow, dark, rich, and ductile."

The Musical Courier declared that Rosa Ponselle "upset all traditions by assuming a leading role at the Metropolitan, and without previous operatic experience, carrying it to triumphant success. It is no exaggeration to say that she made a sensational impression and was sensationally received."