Letter to the Commissioner 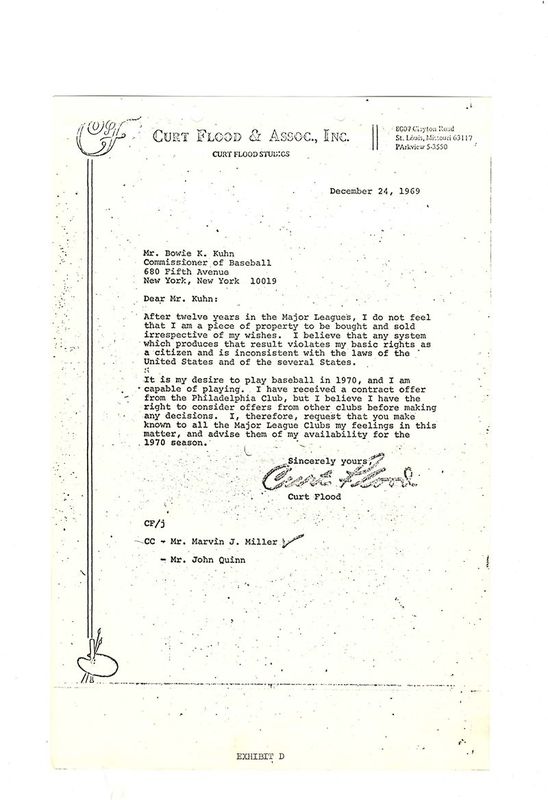 “I do not feel that I’m a piece of property to be bought and sold irrespective of my wishes…”  Refusing the trade, Flood challenged baseball’s reserve clause – a provision of every major league contract that gave any team signing a player exclusive right to his services when the contract ended.  Flood filed a lawsuit against major league baseball for his freedom.  He lost the case, but today, all professional athletes can market their talents as free agents.