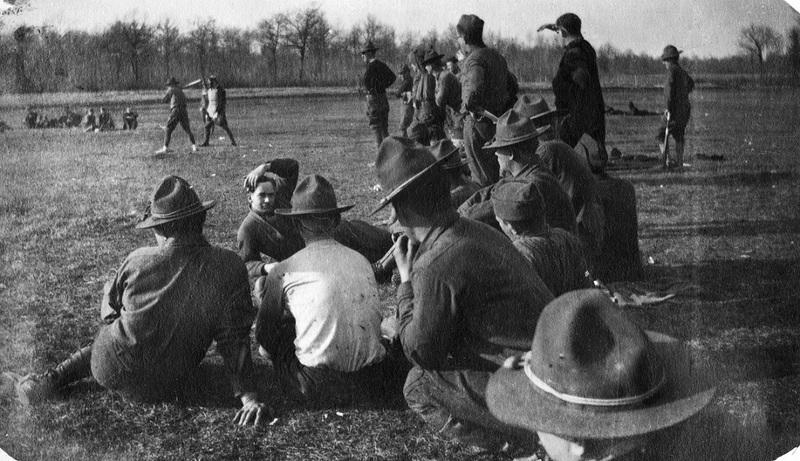 Recreational sports became an important outlet for staff. In fact, sports occupied a whole chapter in the hospital’s official history. Baseball, football and even boar-hunting were regular group activities. William Happ snapped the above photo during one of the several baseball matches between Base Hospital No. 18 and a nearby evacuation hospital.

Music and lyrics to "Heigho the Fatted Calf"

For all of its glory and potential rewards, the work in a base hospital could be a dreary and frustrating experience. In diaries and memoirs, staff spoke of work stress, clashes with arrogant military superiors, depressing winter weather, homesickness and periods of boredom. To cope, they created outlets for release.

One important outlet was humor. While abroad, staff turned their frustrations into material for poems and songs about the day-to-day in France. “Heigho to the Fatted Calf” was a parody of the Home Front songs that drummed up patriotism through romantic images of battle glory. It was sung to the tune of “When the Caissons Go Rolling Along,” a song that extolled the experience of marching forward in battle. “Heigho to the Fatted Calf,” in contrast, was about coping with the reality of the front. The song’s refrain, “We’ll fight the fatted calf,” was another way of saying “we’ll fight the temptation to quit early.” The song opens with an unglamorous image of Base Hospital No. 18 suffering through the demoralizing effects of mud, bad weather and rural isolation. The second stanza recalls the time when the unit was immersed in romantic war glory: before their departure for France. Grand uniforms, movie cameras “clicking away,” and a celebratory voyage fed their eagerness and sense of adventure. The remaining lyrics are about their rude awakening in France: “pining away” in the port of Savaney due to the military’s disorganization, bad food, an uncomfortable ride on a “dinky” train, and feeling out of their element as American urbanites in a rural French village. “Bazwilly” – the American mispronunciation of Bazoilles-sur-Meuse – pokes fun at their outsider status. 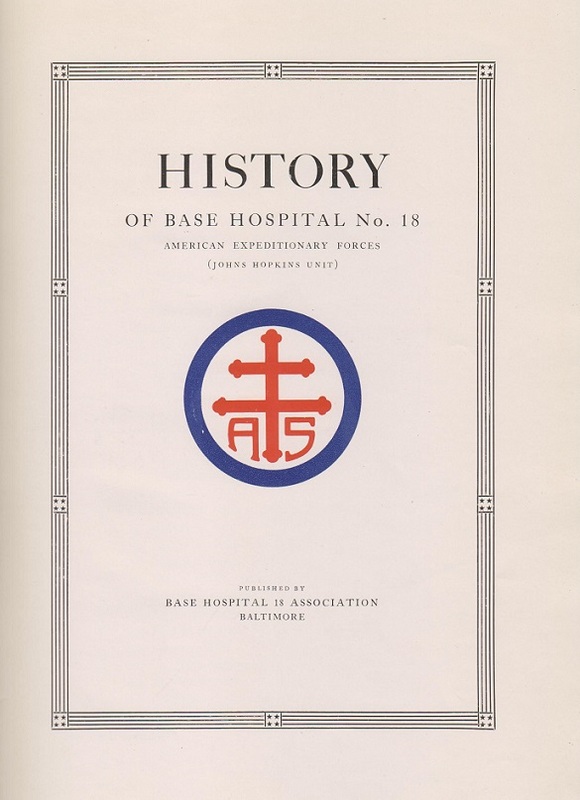 History of Base Hospital No. 18. AEF

At the end of the war, former members of Base Hospital No. 18 collected records, photos and recollections from their time and France and packaged them into a short published history of Base Hospital No. 18.  The purpose, according to the Introduction, was “to preserve in permanent form, for the personnel of the Hospital and their friends, the memories of its activities and achievements during the war.” View a complete digitized copy in HathiTrust