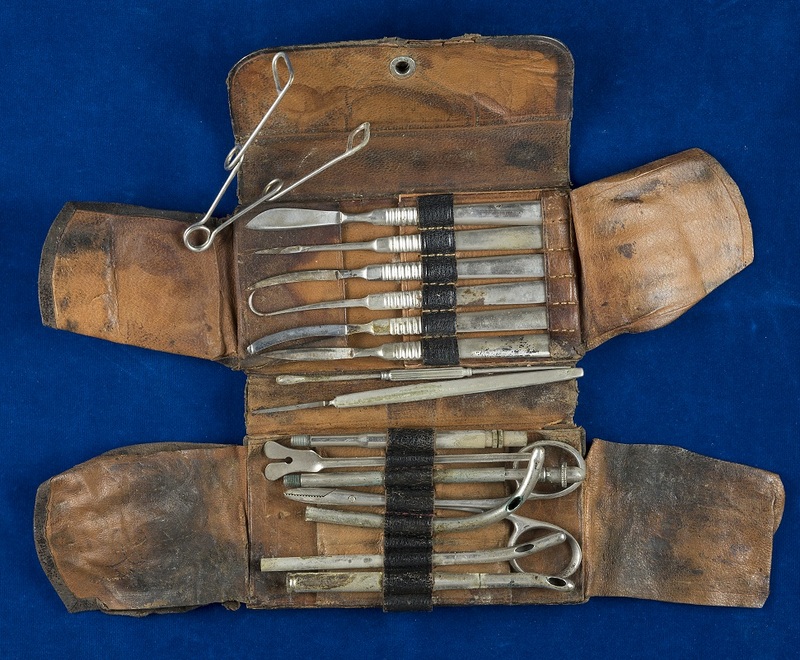 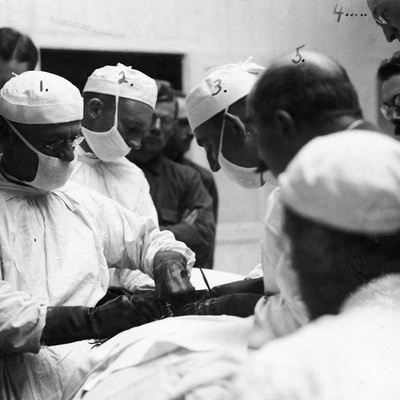 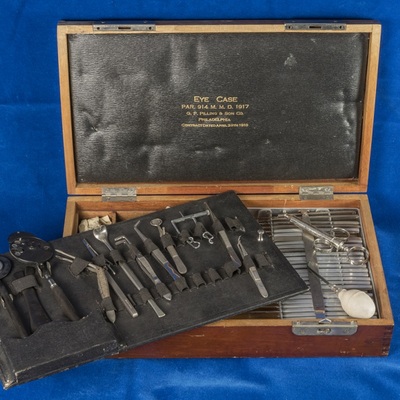 The Johns Hopkins Base Hospital No. 18 stationed in France reflected the range of clinical and surgical specialties  that existed at the Johns Hopkins Hospital in Baltimore. The officers who took turns in the base hospital’s operating room brought specialized skills in orthopedic, orthodontic, cardiovascular, genito-urinary and ophthalmological surgery. The nurses assisting them were trained in surgical nursing, including anesthesia. In addition to its operating room and patient wards, Base Hospital No. 18 housed an Eye Clinic, a Dental Clinic, an Ear, Nose and Throat Clinic, an X-Ray Department, a Pathological Laboratory and a Dental Laboratory.

Thomas Boggs sent this AEF surgical kit to his colleague and former teacher, the surgeon William Halsted, who remained at his post in Baltimore.  Halsted took a keen interest in the Hopkins unit’s surgical work in France and corresponded with several surgeons, including Boggs, during the war.

Base Hospital No. 18 featured, among other departments, an Eye Clinic.  This particular eye case was actually used in another base hospital.  As these kits were fairly standard and issued by the AEF, it nonetheless illustrates the equipment that would have been used at Base Hospital No. 18.  As the range of instruments reflects, staff in the Eye Clinic performed a variety of services.  The staff conducted vision exams, outfitted patients with spectacles, examined eyes for conditions like conjunctivitis, and operated on ocular wounds.  According to History of Base Hospital No. 18, the clinic’s four doctors drew work from “twenty one base, thirteen evacuation, ten field, and five camp hospitals, beside three convalescent camps, and thirty-three other large miscellany military organizations in the sector.”

← Location
Function →
Johns Hopkins Hospital and School of Medicine
Hopkins on the Western Front: Base Hospital No. 18
Medical Services