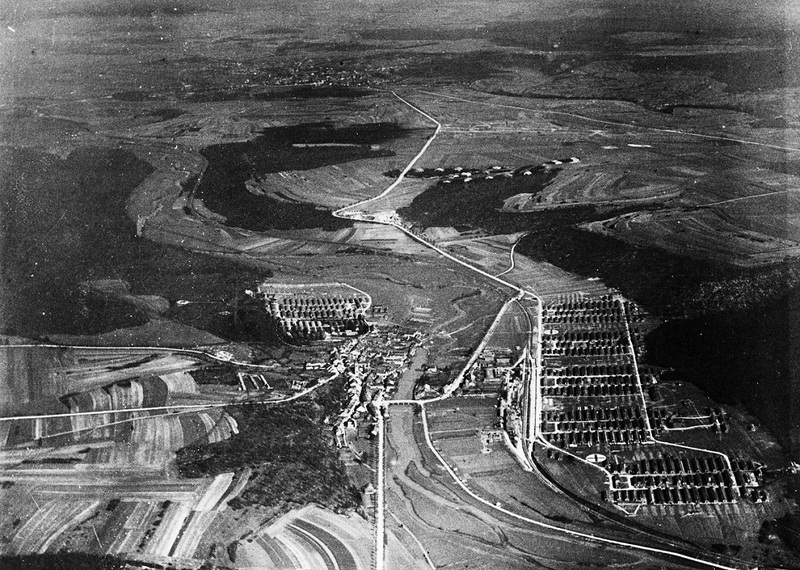 The Johns Hopkins Base Hospital No. 18 (right side of photograph) was located on a large private estate on the outskirts of Bazoilles-sur-Meuse (left side of photograph). The estate was approximately 60 miles from the front in 1917-1918. Base Hospital No. 18 occupied the grounds of an existing French military hospital. The French government had acquired the estate earlier in the war, repurposed the permanent buildings, constructed wooden barracks on the grounds and built an electricity and water system. In addition to these facilities, Americans could rely on the new roads the French army had built to transport patients, personnel and supplies to the once remote village.

← People
Medical Services →
Johns Hopkins Hospital and School of Medicine
Hopkins on the Western Front: Base Hospital No. 18
Location