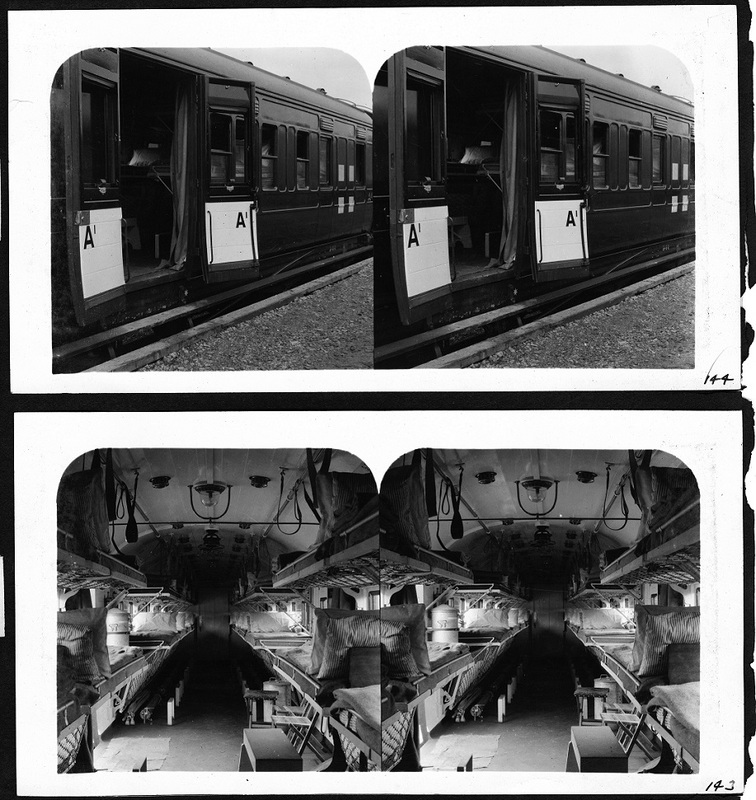 As a base hospital, the Johns Hopkins Base Hospital No. 18 performed a variety of functions in France. The staff served nearby AEF training camps as well as the local civilian populations, who suffered casualties from surrounding warfare. Hence, infectious “camp” diseases (like typhus, measles and influenza) and trauma were common conditions the Hopkins staff encountered throughout their tenure. Evacuation hospitals, the first line of defense for injured soldiers, sent patients that needed extensive wound treatment and recovery before returning to battle. Those smaller hospitals were overwhelmed during large battles, prompting Base Hospital No. 18 to function occasionally as an evacuation hospital. That is when it would receive troops by the trainload directly from the front. The staff’s duties, moreover, were not confined to the hospital complex. Superiors in the Army Medical Corps often called upon the staff to organize groups of surgeons and nurses into temporary “teams” that could travel to other American and British hospitals in need of additional manpower.

Motorized ambulances were a relatively novel and welcome feature in military medicine during World War I. In addition to smaller trucks, Base Hospitals relied on “hospital trains.” Outfitted with stretchers and first aid, these trains could accommodate large numbers of injured soldiers who needed to be moved quickly and efficiently from the front.

← Medical Services
Welfare Work →
Johns Hopkins Hospital and School of Medicine
Hopkins on the Western Front: Base Hospital No. 18
Function