As the popularity of romance comic books rose throughout the 1950s, concerns emerged over their influence on American teens. Some felt that the material and graphics in the stories encouraged American youth to engage in risky and taboo behaviors, for example satirizing divorce or portraying risqué women. This opposition resulted in the creation of the Comic Code Authority, which regulated comic book content and art to promote what was considered traditional and moral behavior at the time. Pre-code comic art (published prior to the CCA formation in 1954) offers a glimpse into artistic freedom and youth culture as the romance comic book genre developed. Notable features of this cover art include the portrayal of provocative behavior, nontraditional relationships, and passionate romance. 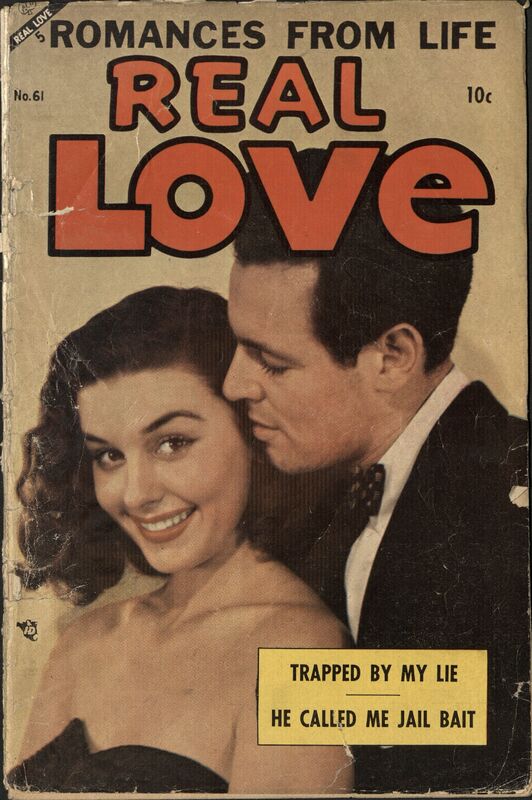 This issue of Real Love features a woman giving a saucy and playful smile while being embraced by a man. The picture indicates they are in a romantic relationship and the title of the story is provocative:  “He Called Me Jailbait."  The cover design tricks the reader into believing they will encounter a story rooted in  immoral behavior, while the actual plotline shows no such thing. 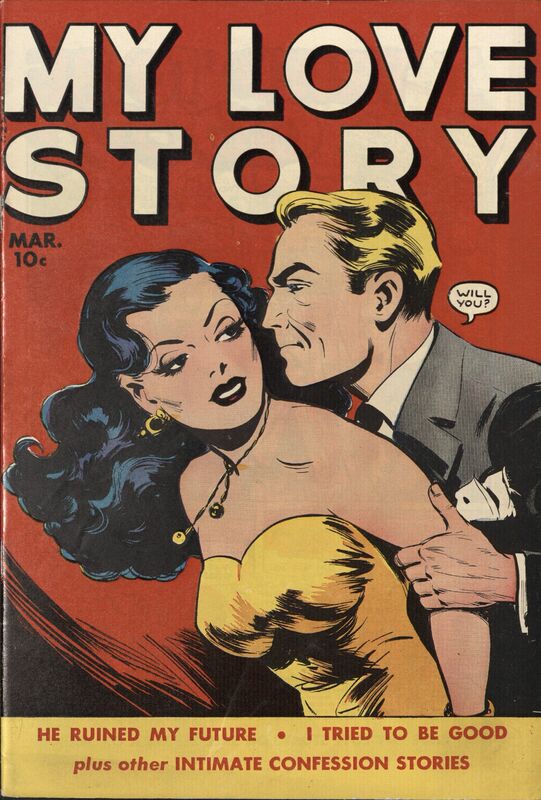 The cover of this comic book suggests a forceful encounter between a couple. Both individuals are well-dressed, and the woman is wearing a fashionable, yet provocative, dress for the time.  The costuming emphasizes the woman's bustline, and there is an undercurrent of  violence with the man asking a threatening question to encourage seduction.  The stories listed on the cover suggest a sordid take on love. 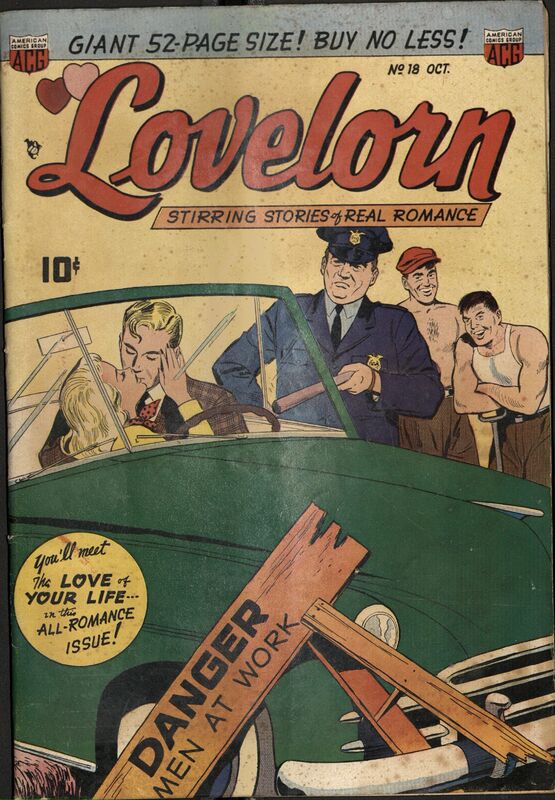 This issue of Lovelorn features a passionate romantic encounter being interrupted by a police officer. The cover suggests that the man and woman are so lost in their love for one another that they do not notice the public mess they have created. This encounter seems to glamorize passionate romance and encourage potentially dishonorable or illicit sexual behavior. 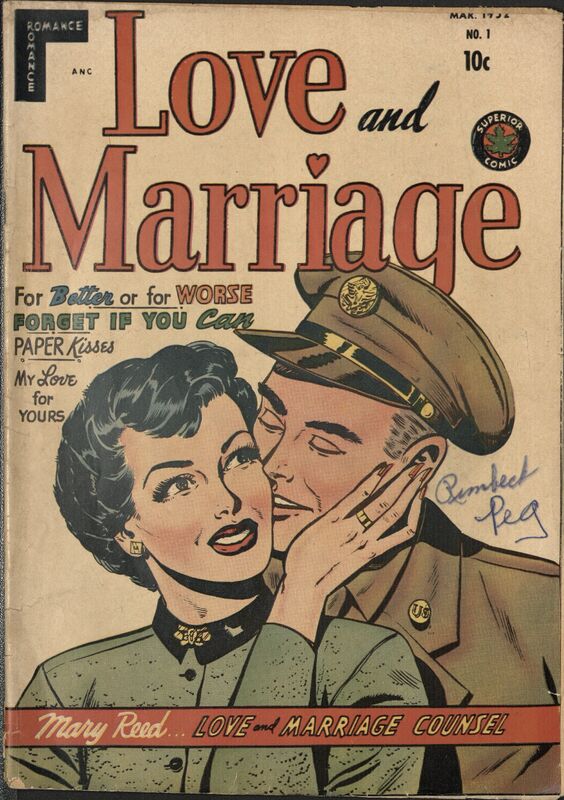 The cover story "For Better or for Worse" is about an unhappily married woman who cheats on her husband while he is serving in the military. The cover art suggests a wholesome marital love story, but the story itself  could be seen to encourage extramarital affairs and to denounce the sanctity of traditional marriage.  The wife, while jilted by her lover, otherwise receives no repercussions for breaking her wedding vows. 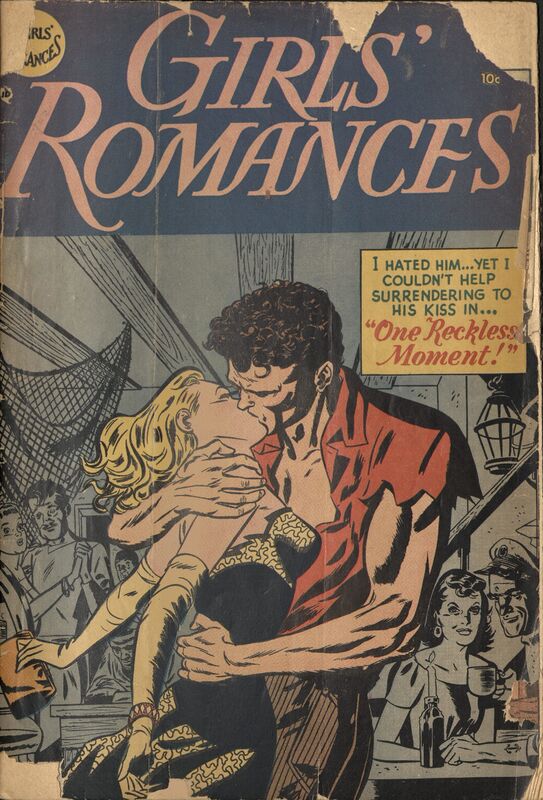 This issue of Girls’ Romances shows a young man and woman in a passionate embrace. The cover text reads that she couldn’t help but surrender to him, and the art emphasizes their physical attributes. She is shown in a fashionable dress while he is portrayed with traditional masculine features that emphasize his ruggedness. The cover suggests passionate physical attraction and seduction outweighing the woman’s rational feelings.