Romance at the Frontier of Change

Comic books, like any media, were prone to reflect the political and social climate of the time in which they were released. This probably allowed for better sales and increased readership as the stories narrated though the artful comic book panels  were more relevant and relatable to their audience. From the Vietnam War to the Women's Liberation Movement, comic books did a fantastic job of keeping up with the times and interweaving the social climate into their stories. 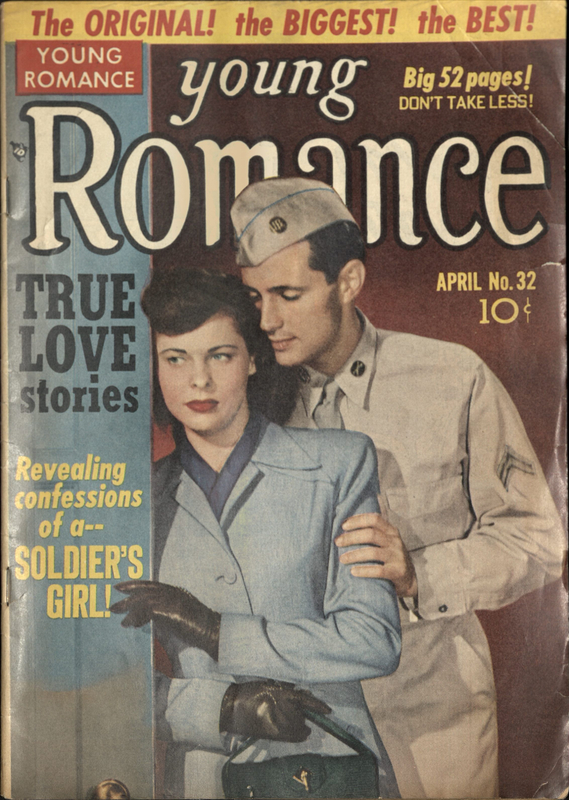 This issue was released in the Pre-Code era and during the Korean War, which would explain the theme of the soldier's girl on the cover. Around 40,000 American soldiers died during the war, and understandably the women they left behind were very anxious for their return. The "soldier's girl" on the cover looks upset, possibly thinking of the impending doom that follows her love's departure to Korea. 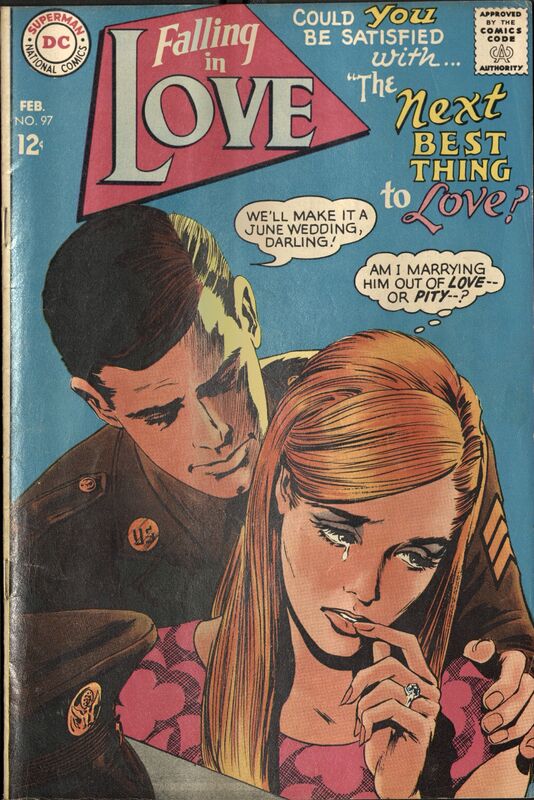 The advent of the Vietnam War had many young men scrambling to marry just in case they wouldn’t make it back alive.  President Lyndon Johnson announced in 1965 that married men could no longer ask for a deferment from military service. In this cover, the young woman can be seen contemplating whether she is marrying the soldier out of pity or love – and this could very well have been a dilemma that many women wrestled with at the time. 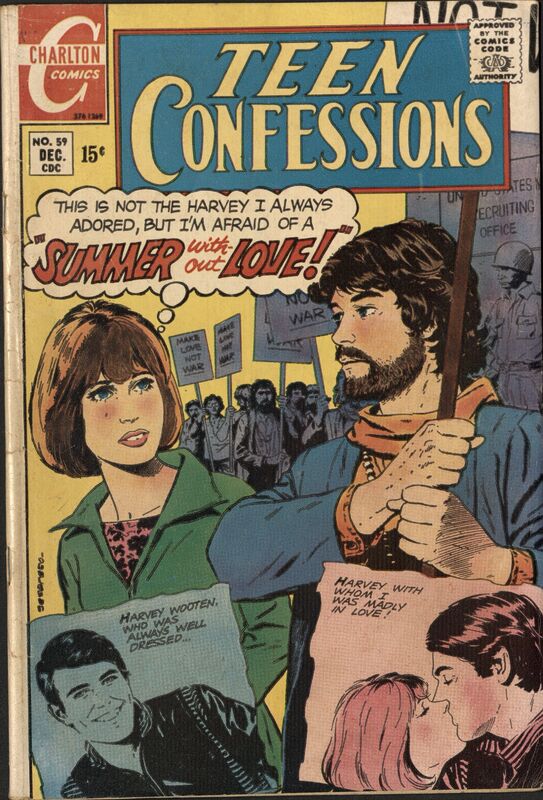 As seen on the cover, a teenage couple are participating in a protest against the Vietnam War, which was a raging issue at the time as all able-bodied young men couldn't escape forced conscription. These protests were met with great resistance from the authorities, thus providing a timely backdrop for a romance comic where tensions run high and the lovers have to fight all odds to be together. The twist, though, is that the young woman is not against the War or forced military service. She is merely protesting in an effort to change her boyfriend's activist ways.

The woman on the cover, Linda Miles, is a Congresswoman in love with the town drifter, to the delight of the tabloid press. Career Girl Romances was all about ambitious young women falling in love. The romance heroines worked in a diverse array of professions, such as secretaries, teachers, and circus performers. Having a romance heroine be an elected official shows how the Women's Liberation Movement was offering new subject matter to the genre. However, love and obedience to traditional gender roles often trumped career advancement. 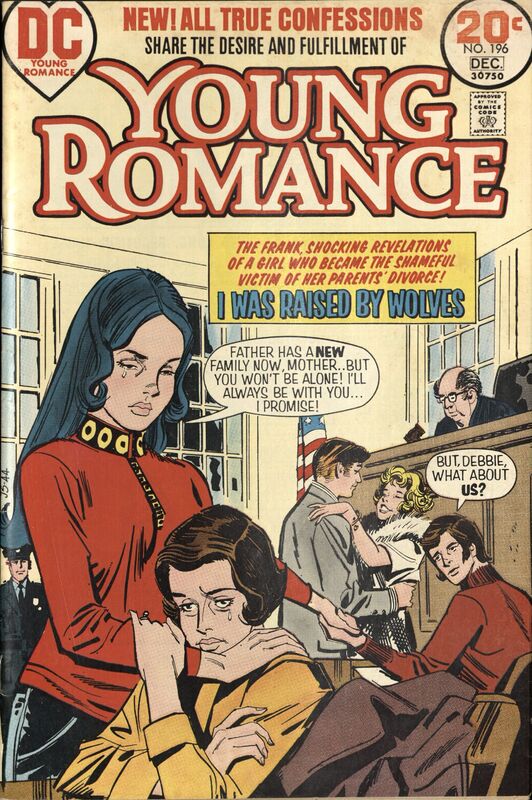 This cover highlights the divorce story "I was Raised by Wolves" told from the perspective of a teenager who must deal with the fall out from her parent's divorce. Divorce was a subject the Comic Book Code discouraged, noting that it could not be treated lightly or as desirable outcome to an unhappy marriage.   The 1970s  saw  more states following the lead of California in  permitting “no-fault” divorces.  The liberalization of divorce laws coupled with the gender equality issues brought to the fore by the Women's Liberation Movement briefly created a more permissible atmosphere for romance comics to tell stories on more controversial topics.