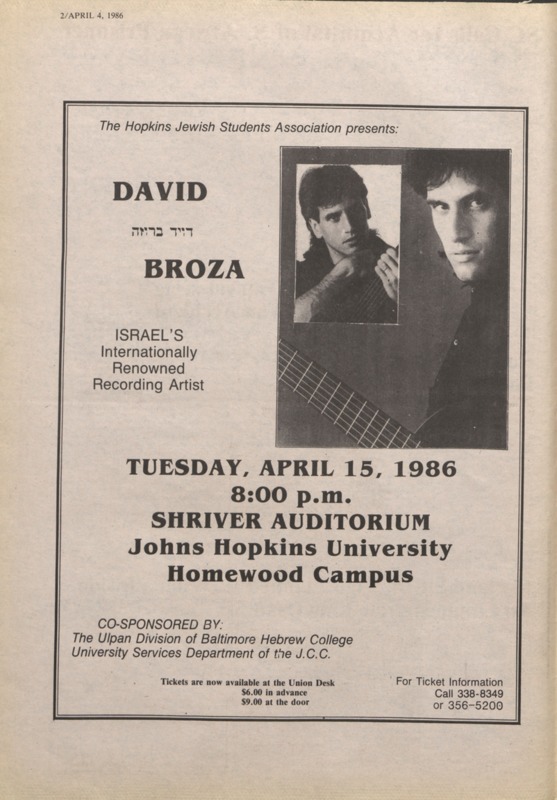 From the start, Johns Hopkins had many strong advocates for Israel (see "The Early Years: Zionism and Jewish Studies").  This tradition has continued throughout Hopkins' history.  Starting in the 1960s, Israeli universities, summer programs, and immigration were regularly advertised in the News-Letter.  Additionally, the JSA, Hopkins Jewish League, and Yavneh regularly screened movies from, held talks and debates about, and advocated for Israel.  While there were several significant clashes with groups more critical of Israel (particularly with the Progressive Student Union in 1983), the campus has been largely supportive of Israel and Zionism.  This lead to well-attended events such as then-Ambassador Yitzhak Rabin's talk in 1972 and David Broza's concert in 1986. 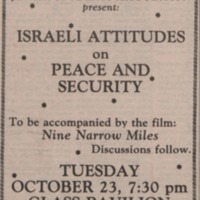 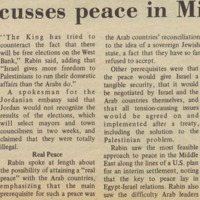 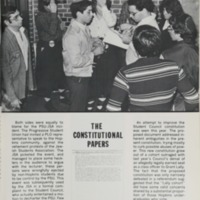 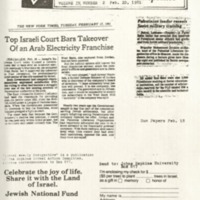 ← Social Life: The Jewish Student Association
Relationships with Other Groups →
Israel and Zionism