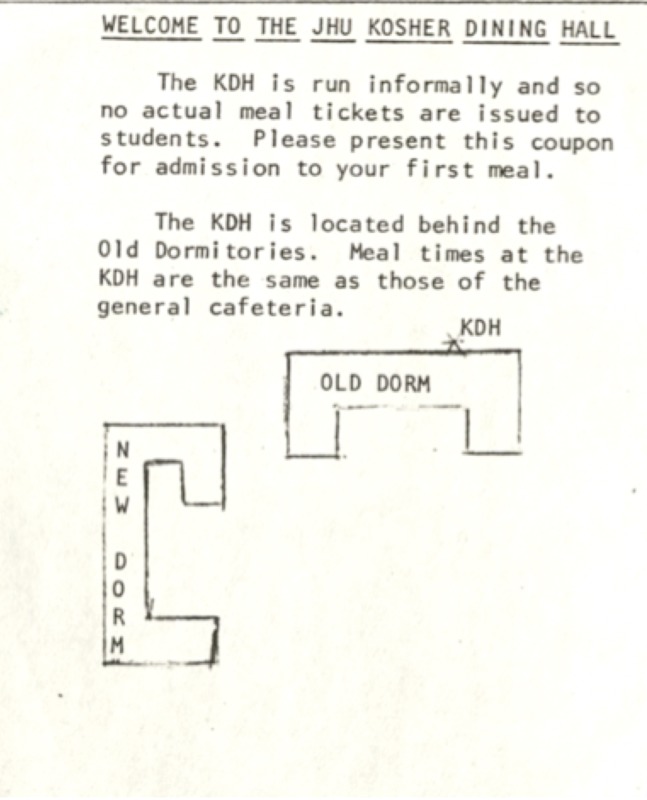 Starting in the late 1960s, more observant Jewish students began coming to Johns Hopkins.  These students organized programs, services, and the founding of a Kosher Dining Hall (KDH) largely on their own.  The KDH was established in 1967, and grew over time to have perhaps sixty customers in some years.  Yet, always, it was a meeting place where students would make friends across denominations.10  The student-run services were usually traditional--rather than Orthodox or Conservative--but several times experimental or themed services were held. During the 1960s and 1970s, Hopkins had an important chapter of Yavneh, a national Orthodox college group, and organized several Baltimore shabbatons.  Since then, Hopkins has had a robust Jewish life with two regular minyans and Kosher dining options. 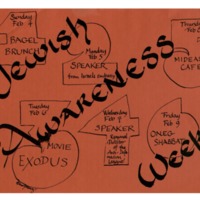 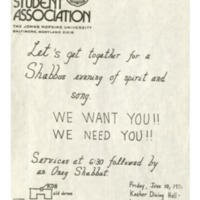 Shabbat in the KDH 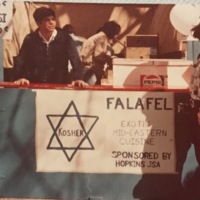 Fun Fact: even during religious services, Johns Hopkins students have been connected to campus.  Alumnus Efrem Epstein ('90) reports that on lacrosse game day mornings, Jewish students would have Shabbat morning services earlier to leave time for the game and even sang the final poem to the tune of "to win," what Hopkins students chant whenever the team scores a goal.