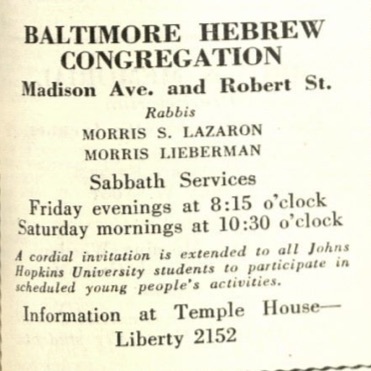 From the start, Jewish students at Johns Hopkins had access to the religious resources of Baltimore's large Jewish community, with many students attending synagogues such as Baltimore Hebrew, Chizuk Amuno, and Madison Avenue.  During most of the first century of Jewish life at Hopkins, it seems that few students were particularly observant; however, many would consider themselves religious and partake in some Jewish ritual.8  There were a few students who kept kosher, but until the 1960s there was no major presence of ritually observant Jews.9 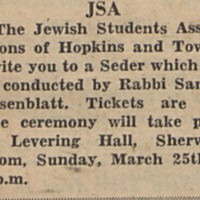 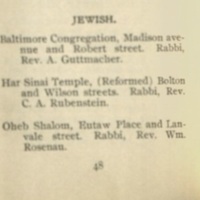 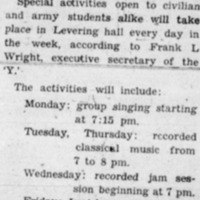 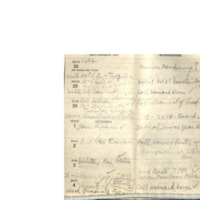