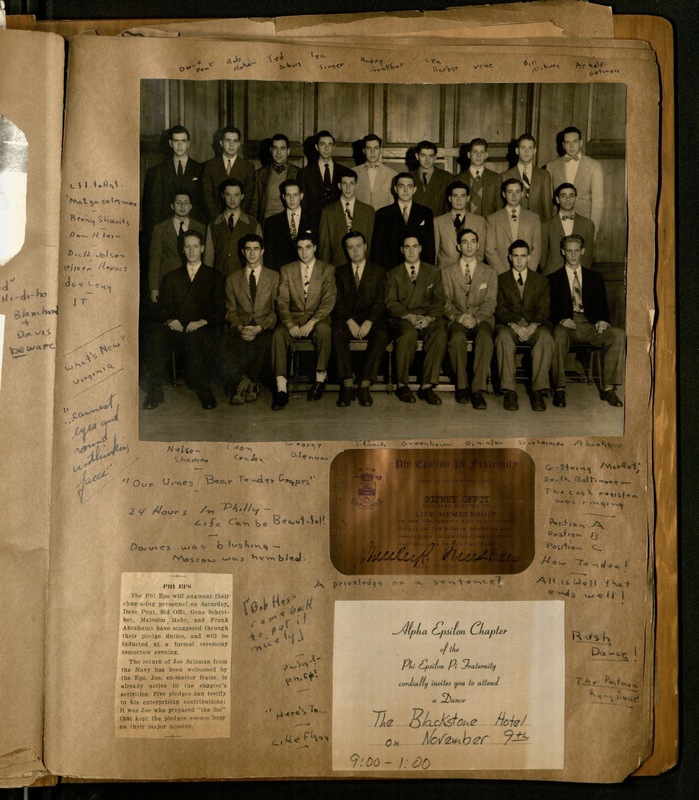 Although it is likely that there were always Jewish students at Johns Hopkins, the first recognizable and purely social Jewish fraternity did not arrive until 1920.11 This was Phi Epsilon Pi, which served as one of the centers of Jewish social life until it was disbanded in 1972. It was soon joined by others, including Alpha Epsilon Pi and Zeta Beta Tau. They were so popular among Jewish students that by 1939 members of the six Jewish fraternities could join the Interfraternity Counci.  In 1956 students tried to increase the number of Jewish fraternities.12  Especially from the 1940s to the 1960s, the Jewish fraternities served as centers of Jewish life on a campus that had dealt with significant institutional anti-Semitism.13  After brief periods of inactivity in the 1980s and 1990s, Alpha Epsilon Pi was revamped in 1986 and later in the late 1990s, supporting Jewish life at Hopkins since. 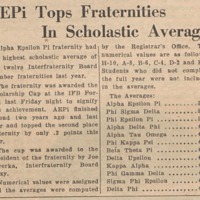 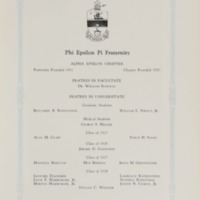 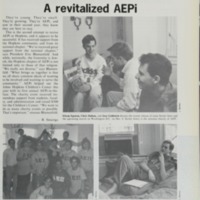 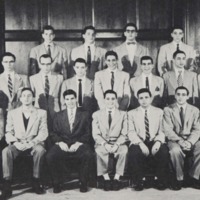