The Baltimore Institute of Musical Arts (BIMA) was a music school open to all races that was founded in 1944. By 1949, the Institute was thriving, with high enrollment numbers and rigorous Conservatory and Preparatory programs. They offered courses that were comparable with those offered at Peabody, and students could graduate with a Postgraduate Certificate in a number of majors. In April of 1949, a 70-piece orchestra and 150-piece choir from the BIMA performed Verdi's Requiem Mass, and two years later the Institute held its first graduation ceremony. 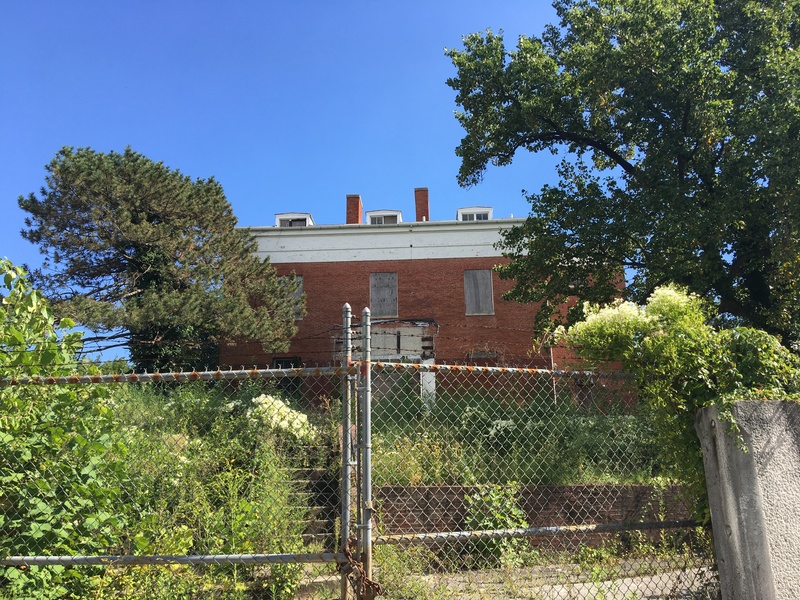 Most of the information we have about the Baltimore Institute of Musical Arts comes from a document composed by Evelyn Evert, a founding Board member of the Institute. This document, along with one bulletin and two concert programs, is housed at the Maryland Historical Society. In addition to one concert recording housed at the Arthur Friedheim Music Library Archives at Peabody, these are the only known surviving documents from the Baltimore Institute of Musical Arts. This lack of documentation is a great loss, and begs the question of how much similar history of African-American musicians in Baltimore has simply been erased or forgotten. The photos included here picture Upton Mansion, a beautiful historical building in the Upton neighborhood of Baltimore that housed the Institute from 1947-1954, but has been abandoned since 2006.