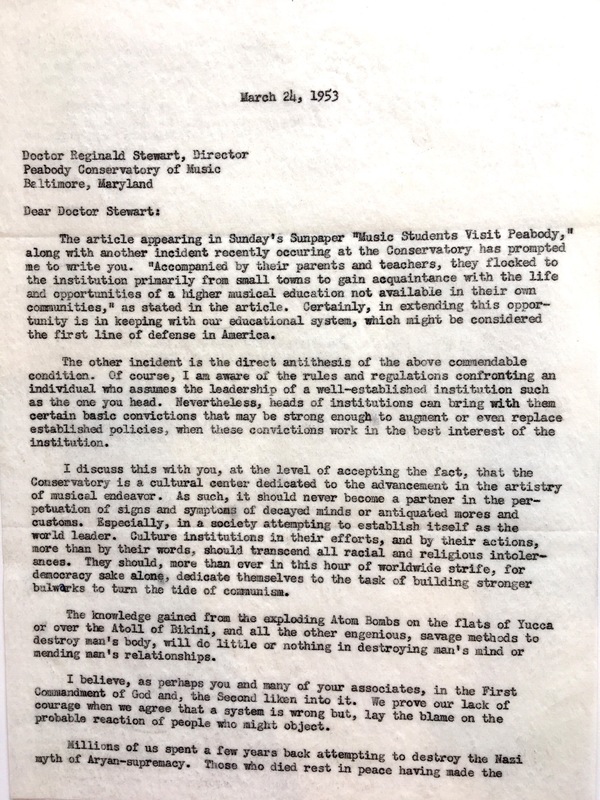 Although Paul Brent was accepted to the Conservatory in 1949, the Preparatory was far behind in the conversation about integration. In 1951, when considering neighborhoods for new Preparatory Branches, their research included a school census labeled "white only." Providing opportunities for African-American students clearly was not a part of their plan, and had not been on the table since the closure of the branch schools for African-American students in 1946.

A year and a half later, in the spring of 1953, Reginald Stewart received a unique letter from Eugene D. Byrd, an African-American dentist in Baltimore. This letter pointed to Peabody's hypocrisy in claiming to nurture and develop young talent while rejecting qualified students on the basis of race. His letter is written with authority and is a strong reprimand to Peabody, one of the most poignant documents in this exhibit. Click on the image to the left to read the letter in full.

After this letter, there was silence regarding the possibility of integration at the Preparatory until 1954, just a few days before the Brown v. Board of education decision. At this time Kenneth Hjelmervik, the Director of Music Education in the Baltimore Department of Education, requested that Peabody make accommodations for several African-American students who had received scholarships but were without a teacher, and Reginald Stewart agreed to this.

After Brown v. Board of education was decided, Reginald Stewart presented a lengthy statement at the following Board of Trustees meeting on June 14, 1954. In this statement he addressed the recent decision to desegregate public schools as well as his suggested response for Peabody. His suggestion was that Peabody continue their practice of accepting African-American students to the Conservatory (although at this point, Paul Brent was still the only black student to enroll), admit African-American students to the Summer School, create Saturday morning clinics in primarily black neighborhoods, and continue to exclude African-American students from the Preparatory. Click on the images below to read this statement and the corresponding Board of Trustees minutes. 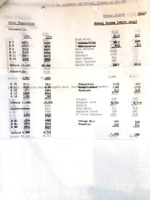 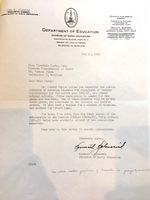 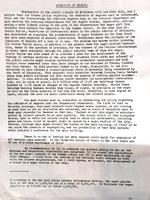 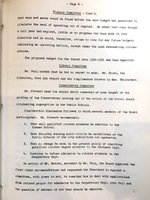 The decision to continue excluding African-American students from the Preparatory was a humiliating landmark for Peabody. Even though musicians, educators, and citizens outside of Peabody were urging Reginald Stewart and the Board of Trustees to accept black students, they refused. In November of 1954, Preparatory Dean Leah Thorpe submitted a proposal for a gradual plan to integrate the Preparatory over the course of several years. This was based off of a model adopted by The Friends School of Baltimore.

Soon after this, Stewart received an inquiry regarding the Preparatory's policy on accepting black students. He was annoyed at the letter and asked for William Marbury's advice on how to respond. The decision had been delayed several times at this point, and was once again pushed back. Finally, on February 14, 1955, the Board of Trustees agreed that they would "accept applications to all departments and branches of the school without respect to race or color." This decision can be read in full by clicking on the image to the right. 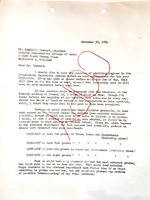 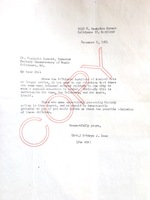 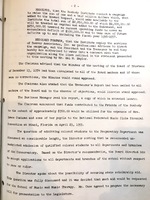