Since the early twentieth century, the Peabody Preparatory has operated several branch schools in addition to the main campus, and during the 1940s, this included campuses specifically for African-American students. These were located at public schools, and students enrolled at these campuses were often listed separately in enrollment and scholarship records. At first, these students were listed as attending "DHS," which stood for Douglass High School, but later this changed to simply list, "NS" or "Negro Schools." In 1946, this title disappeared completely, and no African-American students enrolled at the Preparatory for nearly ten years after this. 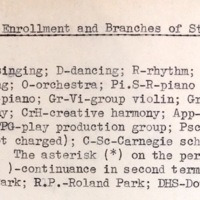 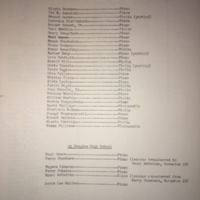 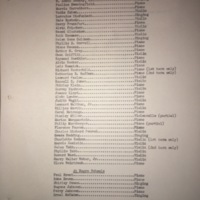