After Brent's acceptance, there was no conversation among the Board of Trustees about integration until 1954. During these five years, there were several inquiries from other members of the Peabody and Baltimore community regarding Peabody's policies on accepting African-American students, but these produced little to no change. Examples of these are included below; click on the image to learn more about the specific inquiry. 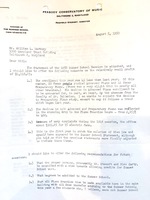 Posey to Marbury Regarding Summer School 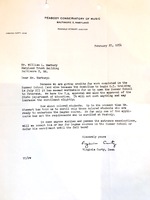 Carty to Marbury Regarding Summer School 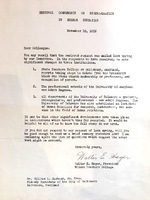 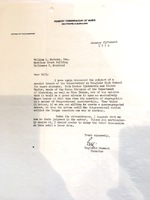 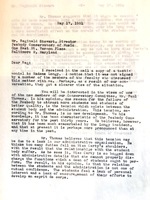 Integration was clearly not a priority for Peabody at this time. During this same timeframe, the Institute was facing discontent from both students and faculty members regarding a large range of subjects. The student body, with the help of faculty members, submitted a lengthy document airing their grievances. There was also speculation and discussion from Board of Trustees members as to the root cause of this discontent and what to do about it. Race was addressed only once in this document, which further shows the degree to which it was not on the minds of either students or faculty members.