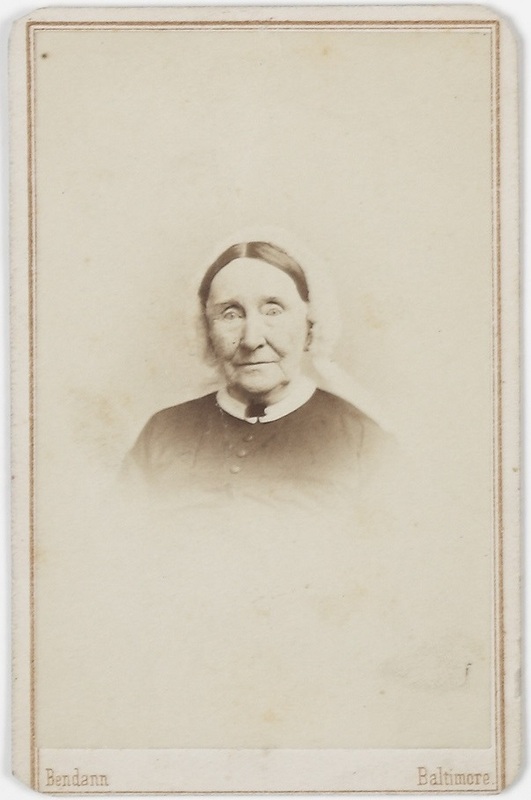 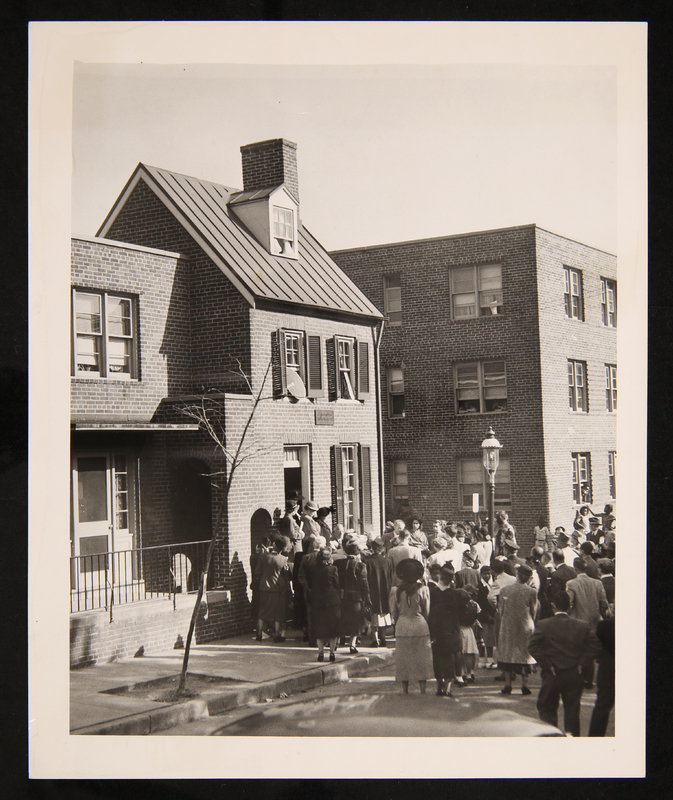 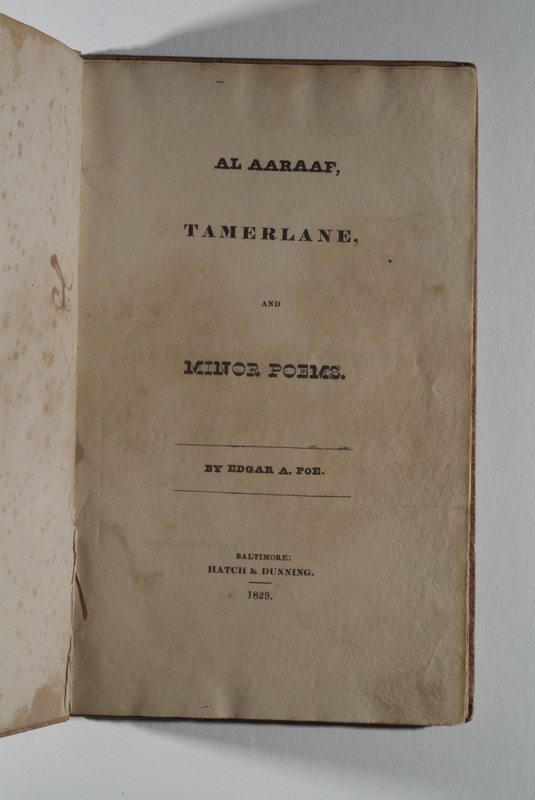 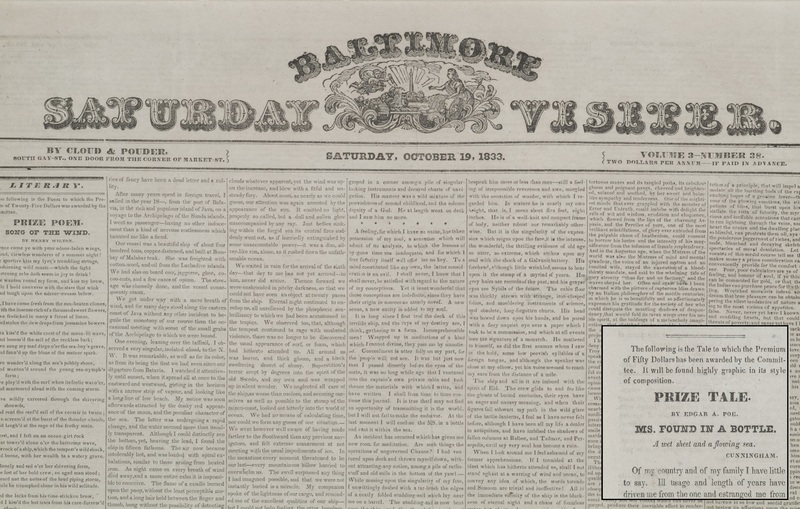 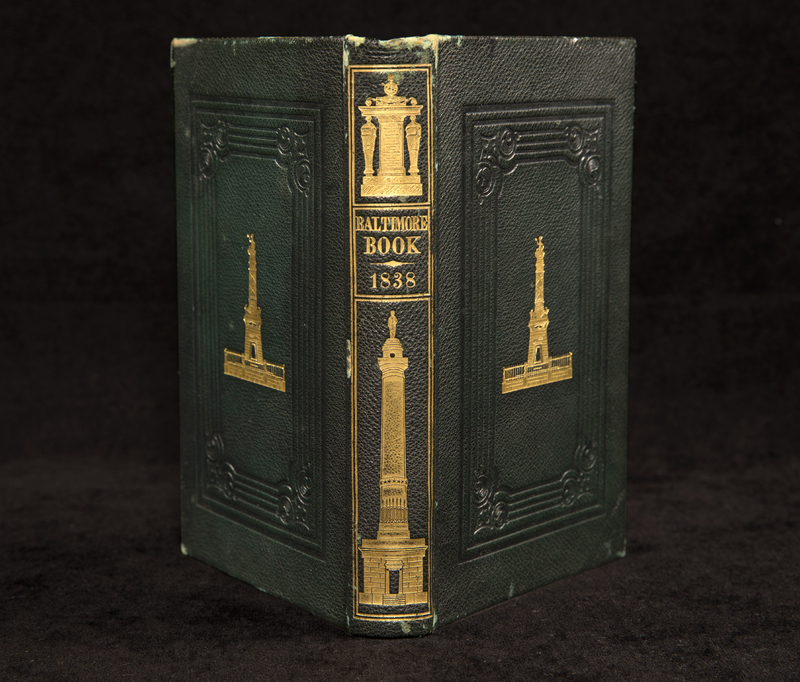 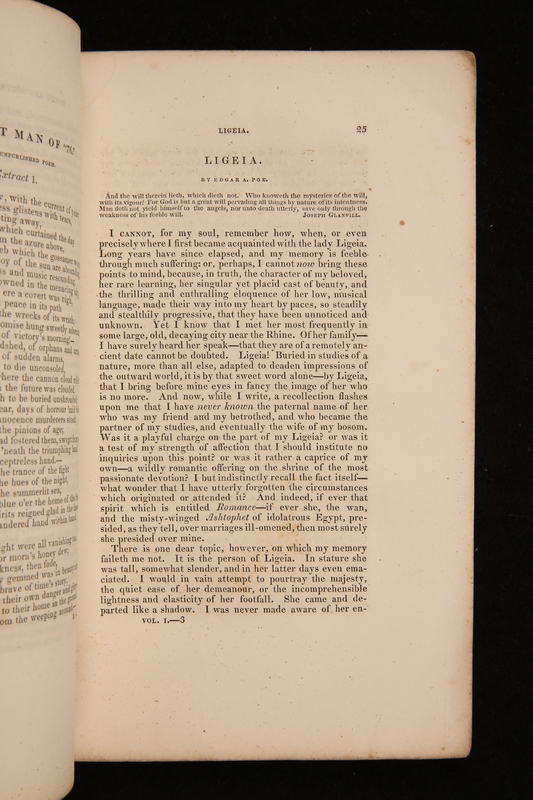 Edgar Allan Poe, "Ligeia." The American Museum of Literature and the Arts, September 1838. 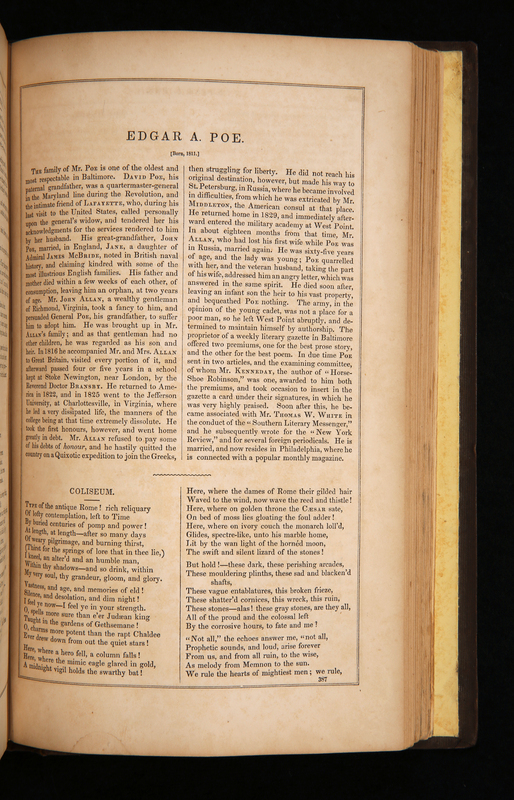 Edgar Allan Poe, "The Coliseum." The Poets and Poetry of America, edited by Rufus Wilmot Griswold. Philadelphia: Carey and Hart, 1842.

Poe’s death in Baltimore is central to our local lore. But what Baltimore meant to Poe himself had more to do with life. It was here that he found the permanent family he so needed. In 1831, Poe moved in with his aunt, Maria Clemm, and his cousin, Virginia Clemm, whom he married in 1836. They first lived at Mechanics Row on Wilks Street and later moved to the “countryside” at 203 North Amity Street. The "Poe House" still stands and is now a National Historic Landmark and museum.

It was also here that Poe’s literary career took flight. In 1829, Baltimore printers published his second book of poetry, Al Aaraaf, Tamerlane, and Minor Poems. Then, in 1833, Poe won the Baltimore Saturday Visiter’s literary competition for his short story “MS. Found in a Bottle,” which earned him the sum of $50—his first payment for a literary work. While in Baltimore, Poe wrote dozens of tales, poems, and reviews—including “Siope,” which appeared in The Baltimore Book, A Christmas and New-Year's Present  for 1838, "Ligeia," which was published in the September 1838 issue of The American Museum of Literature and the Arts, and “The Coliseum,” which was published in the Baltimore Saturday Visiter and then included in Rufus Wilmot Griswold's 1842 anthology, The Poets and Poetry of America.

While in Baltimore, Poe also met local novelist and Whig politician John Pendleton Kennedy, a connection that eventually led to a job at the Southern Literary Messenger in Richmond.