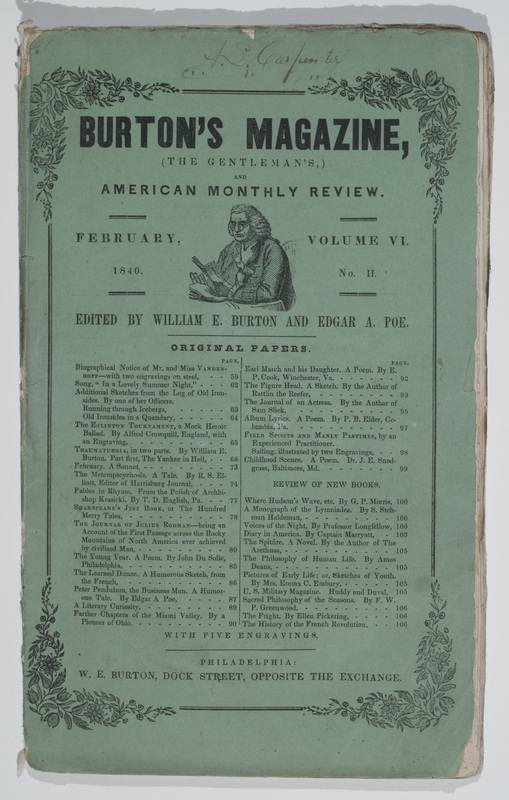 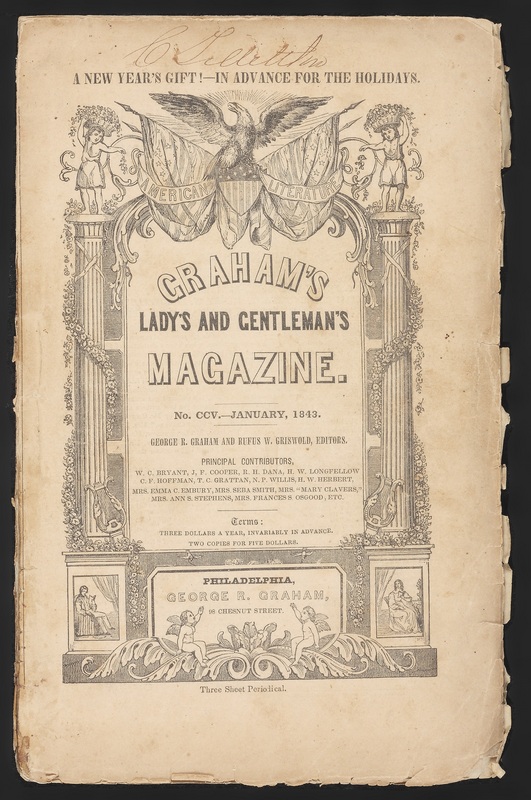 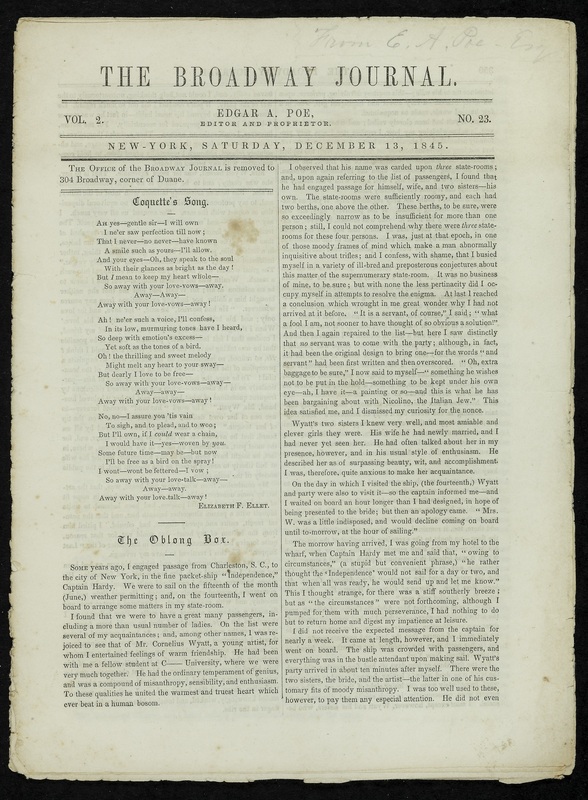 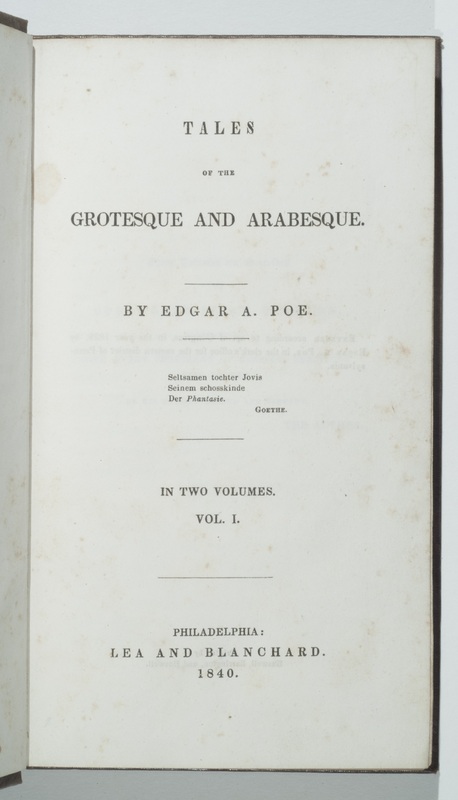 Edgar Allan Poe, Tales of the Grotesque and Arabesque, volume I. Philadelphia: Lea and Blanchard, 1840. 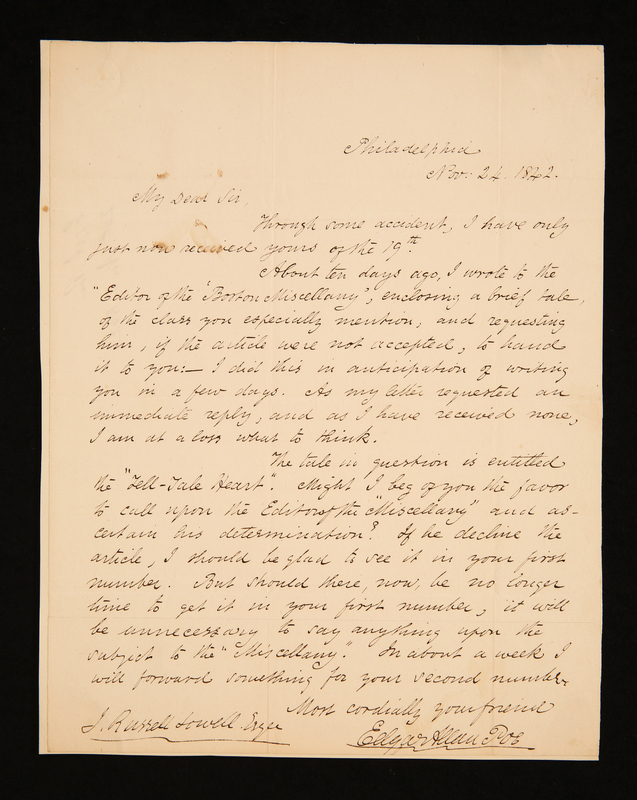 The Poe family moved from Richmond to New York in 1837, then to Philadelphia in 1838, then back to New York in 1844, Poe’s home-base until his death. With large, literate populations, both cities helped periodical and book publishers stay afloat financially by providing lots of local readers—essential in this era, before long-distance railroads and cheap postage made it practical to conduct transcontinental business.

Poe was a tireless contributor to and editor for Burton’s and Graham’s magazines and The Broadway Journal, writing many book reviews as well as tales and poems. Sometimes he was able to publish one piece in multiple venues—as he did “The Oblong Box” and the contents of his first book of stories, Tales of the Grotesque and Arabesque. Poe’s 1842 letter to James Russell Lowell makes it clear, however, that impressive output and publication savvy did not add up to financial security: here he asks if he can be paid in advance for contributions to Lowell’s new journal.