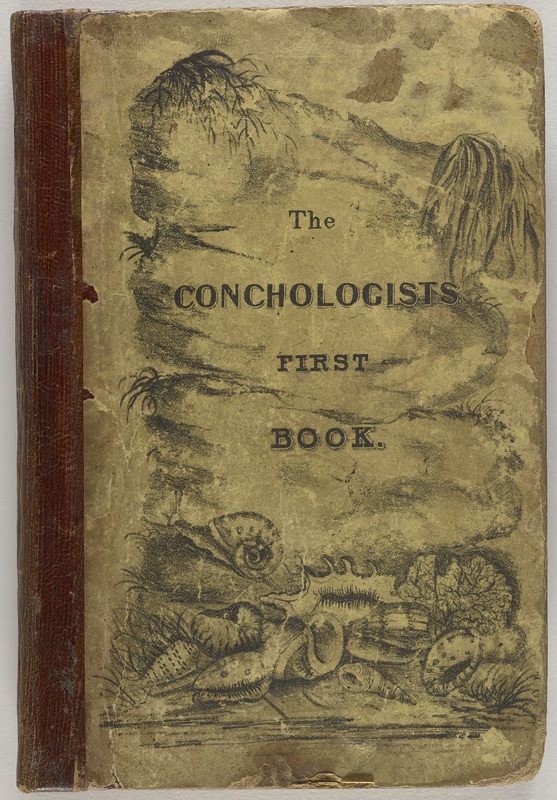 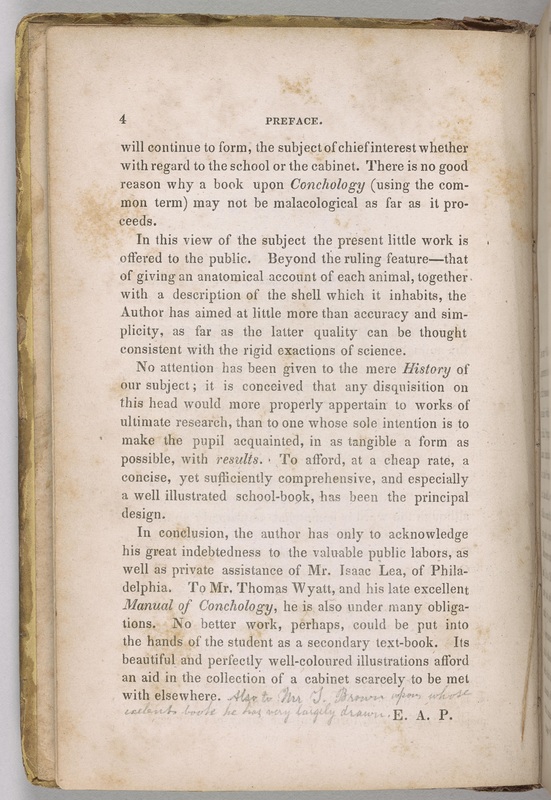 "Preface" with Poe's annotations to The Conchologist's First Book. 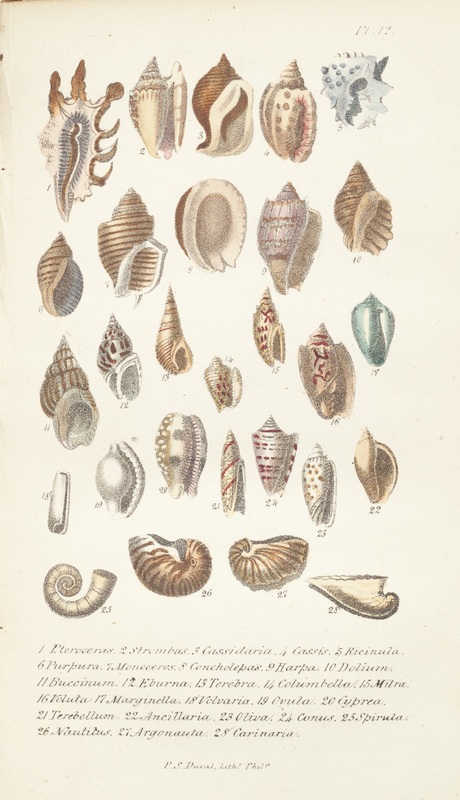 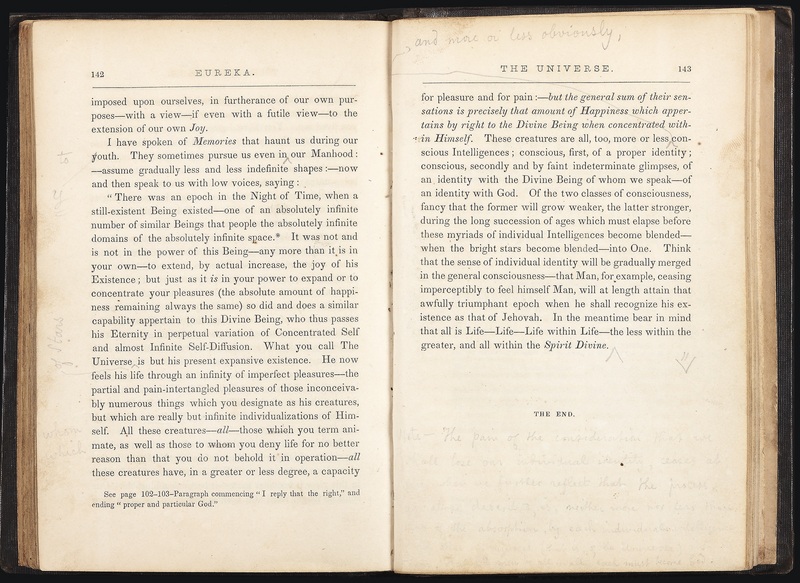 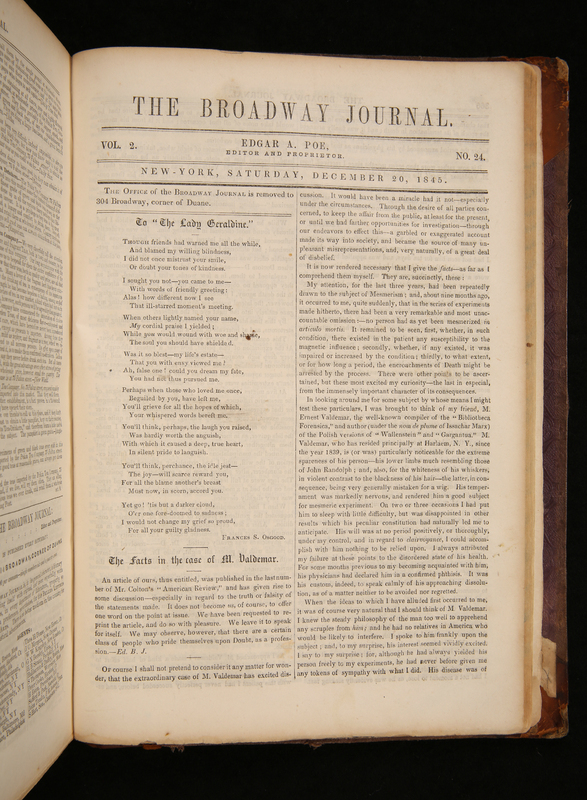 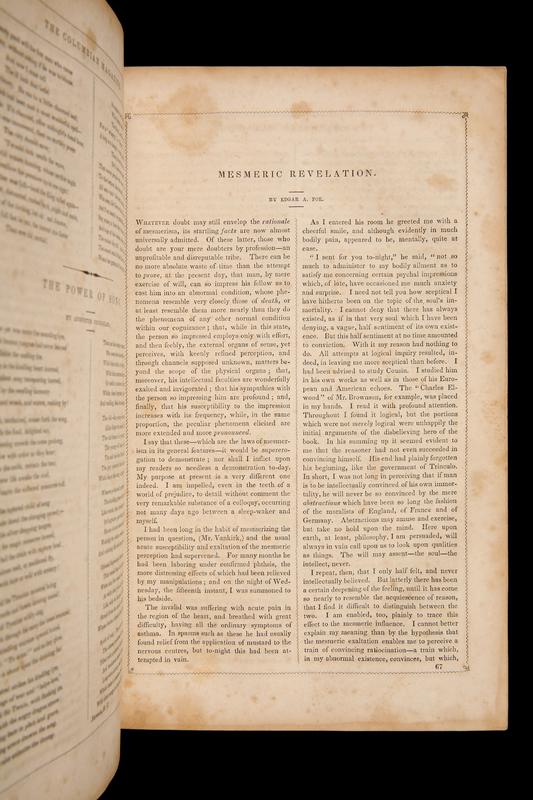 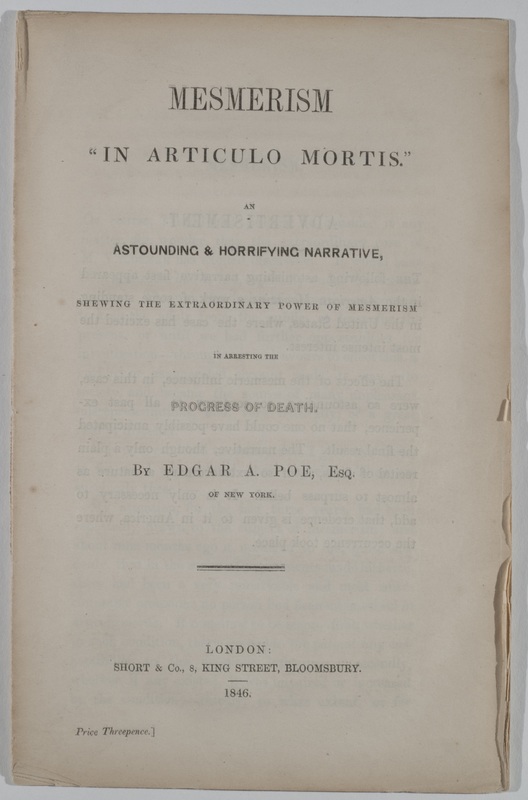 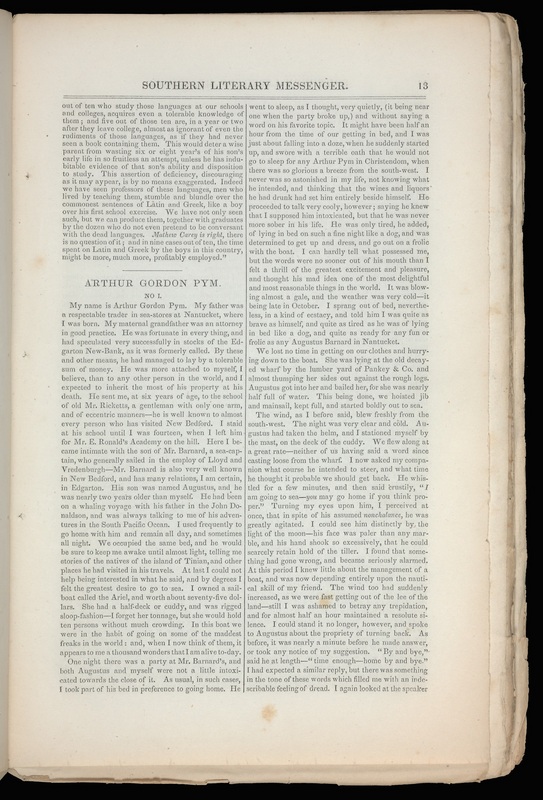 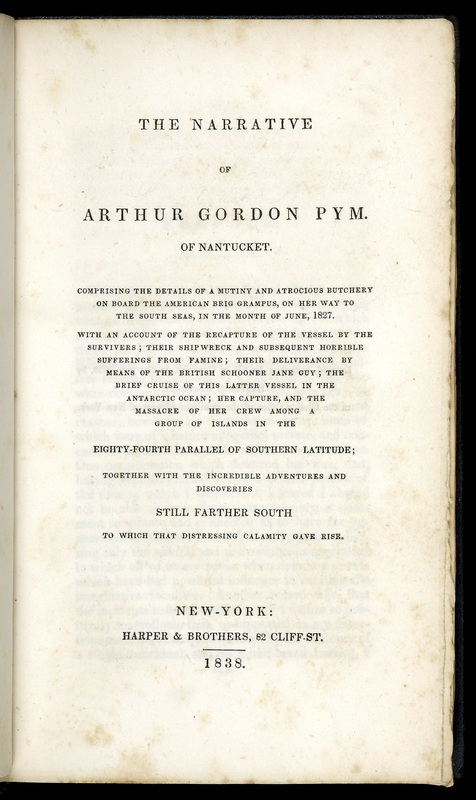 Poe was alert to the remarkable scientific and technological breakthroughs of his time. His interest in these discoveries was due in part to his commercial instincts: writing that drew on the widespread fascination with science would find eager readers.

Poe revised The Conchologist's First Book, a textbook about mollusks, into an inexpensive edition for students. The changes he made show his thorough understanding of zoology. One of the last books he published in his lifetime, Eureka, attempted to explain the workings of the universe. The volume shown here was Poe’s own copy. Its pages are full of notes in his own hand.

Poe had a gift for converting abstract questions about physics and psychology into entertaining stories, essentially creating what we now call science fiction. Tales such as “Mesmeric Revelation” and “The Facts in the Case of M. Valdemar,” which plugged into a nineteenth-century vogue for hypnotism, were serious meditations on the thrilling possibilities of “magnetized” consciousness. His only completed novel, The Narrative of Arthur Gordon Pym of Nantucket, which revolves around an Antarctic expedition, mixed real data from actual voyages with fantastic fabrications.