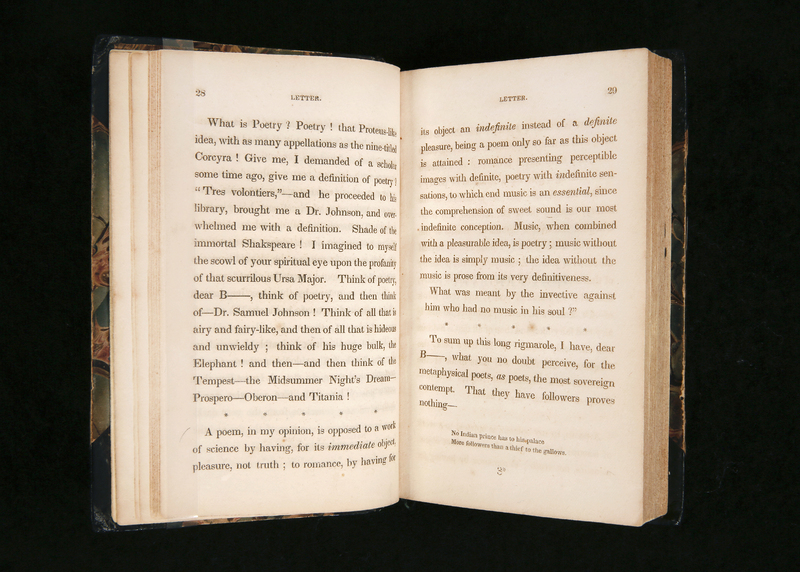 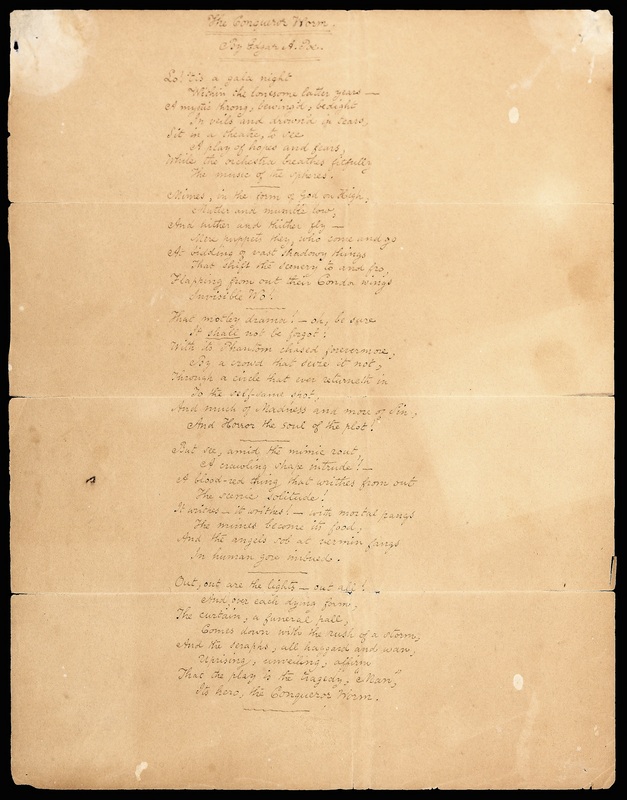 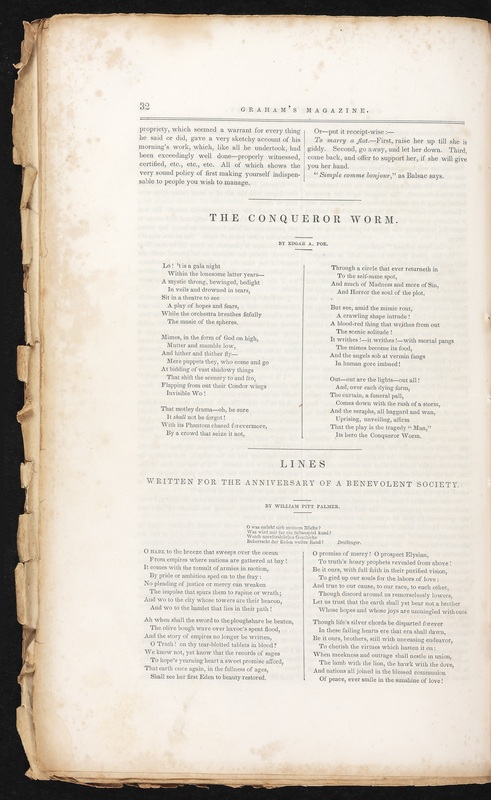 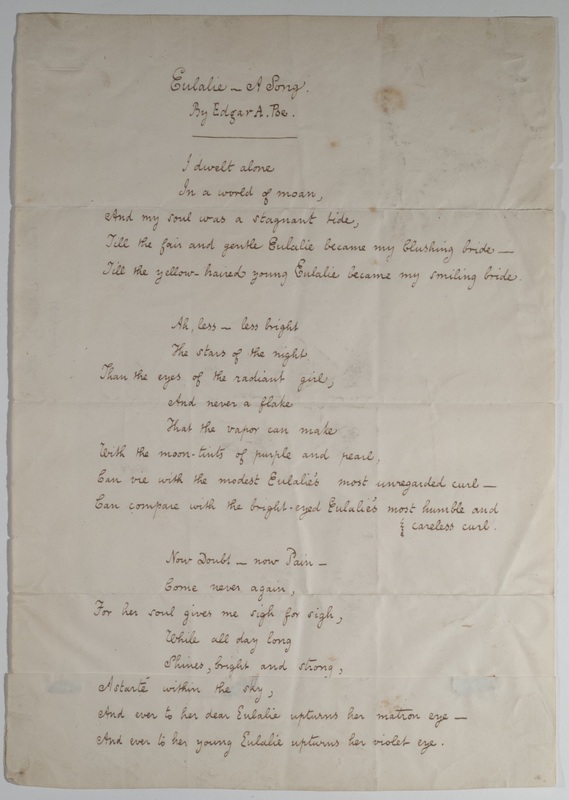 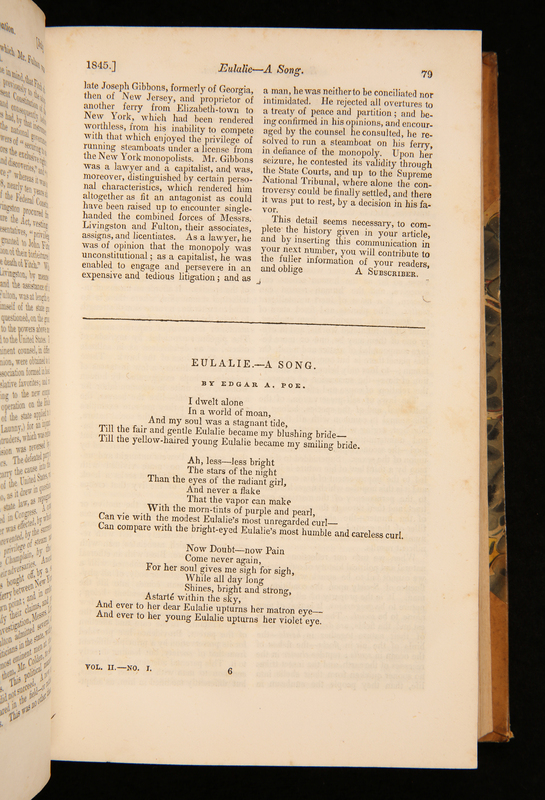 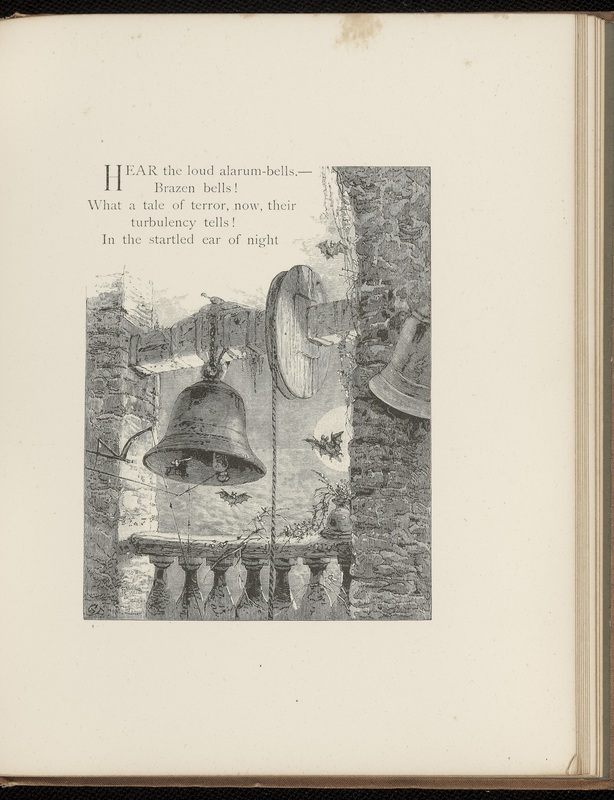 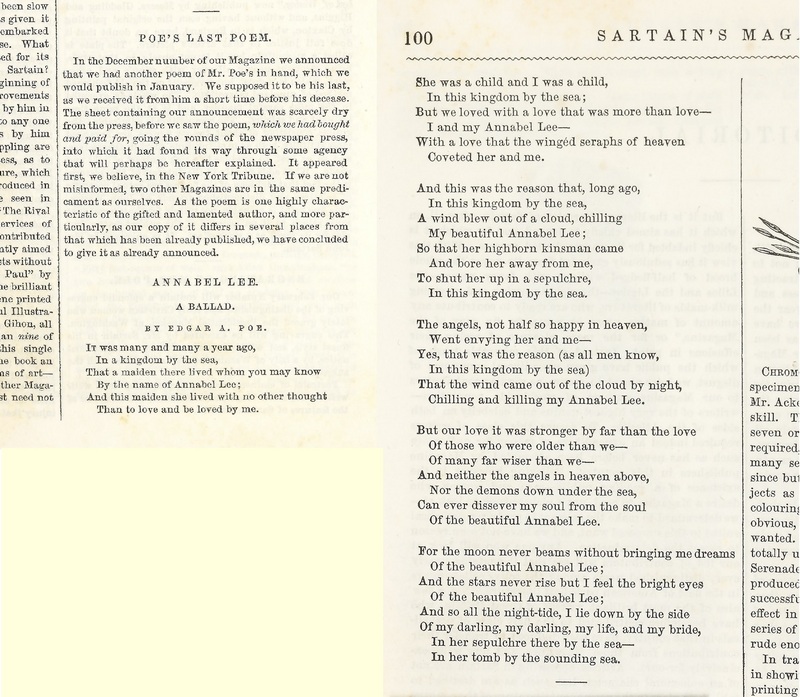 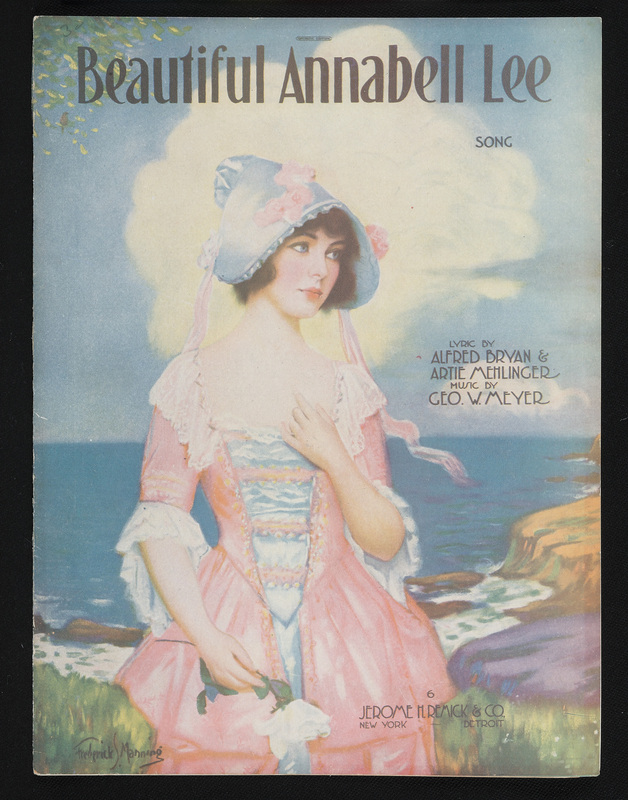 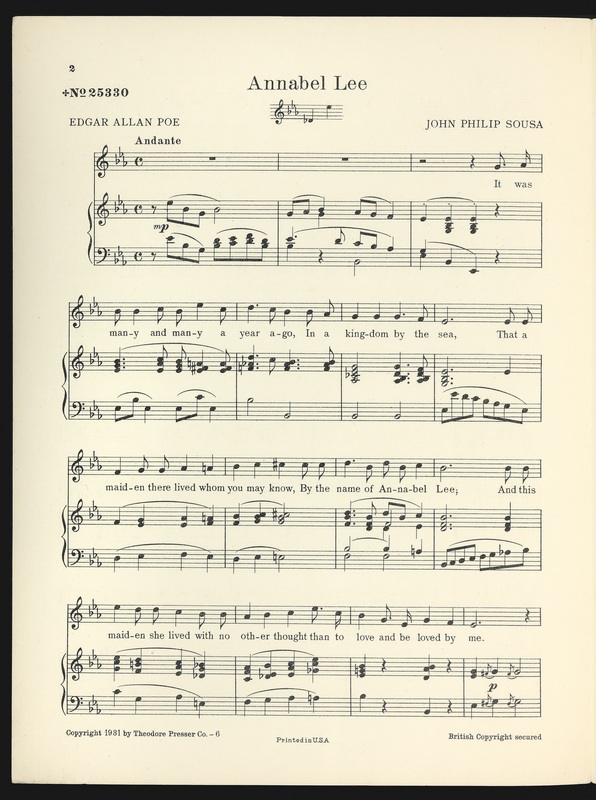 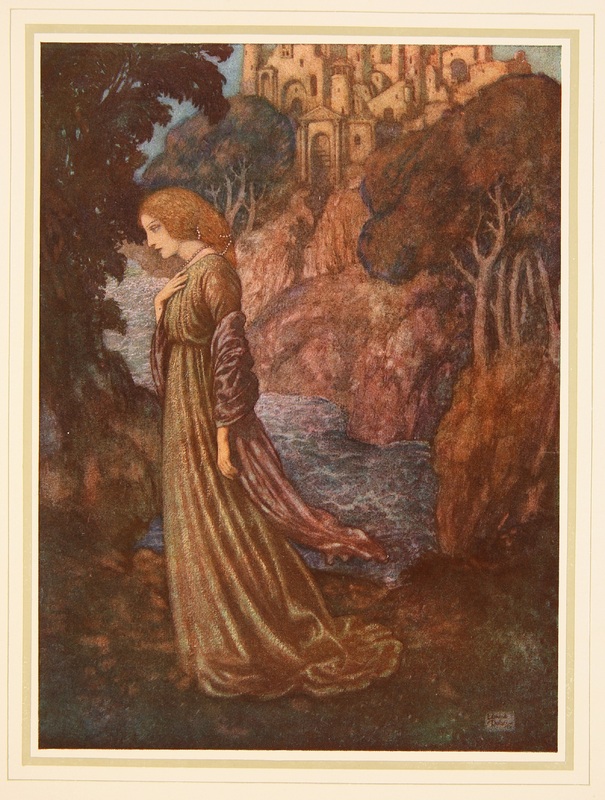 Edmund Dulac, "Annabel Lee" illustration for Edgar Allan Poe, The Bells and Other Poems. New York and London: Hodder and Stoughton, circa 1912.

Several of Poe’s poems have inspired songs. Some, like “Annabel Lee,” have been set to music multiple times. The musical adaptability of his poetry is not surprising, given that Poe believed music to be the perfect vehicle for what he called “the Poetic Sentiment.” And he felt strongly that poetry should appeal to the auditory sense.

In the “Conqueror Worm,” first published in Graham’s Magazine in 1843, we hear “the music of the spheres,” and we listen to an orchestra as it “breathes fitfully.” In Poe’s late poem “The Bells,” we hear jingling and tinkling as “foretelling melodies” clang, rhyme, and ring. Throughout Poe’s verse, alliteration (“float and flow,” “mutter and mumble”), rhyme (“fears—tears—spheres,”), and repetition (“Nevermore”) produce echoing effects in the reader’s mind and memory.