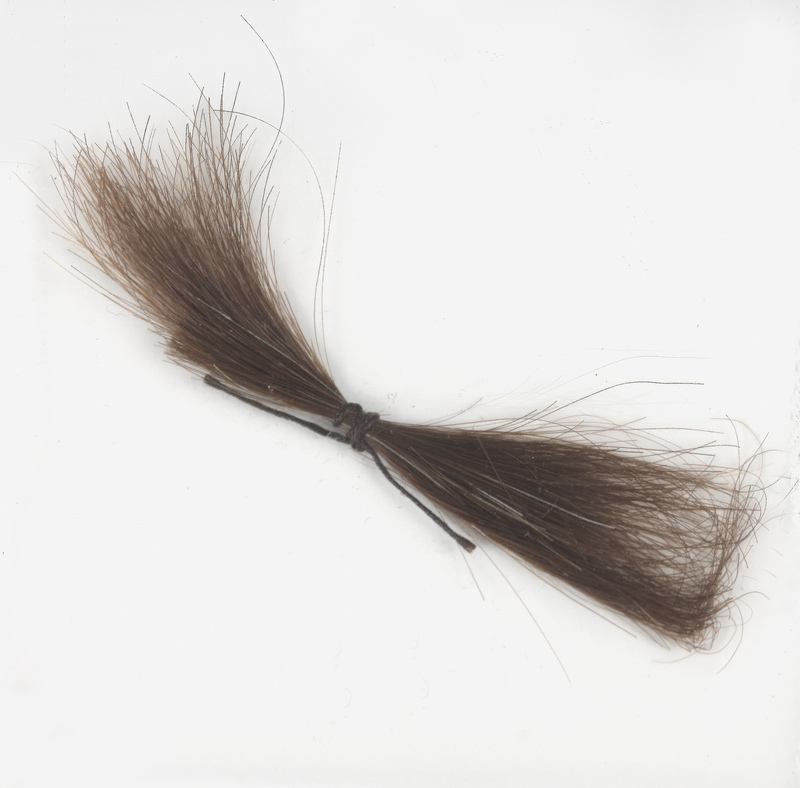 Lock of Edgar Allan Poe's hair clipped at his death, 1849.

Fragment of Edgar Allan Poe's coffin, with receipt, 1849. Retrieved when his remains were relocated in 1875. 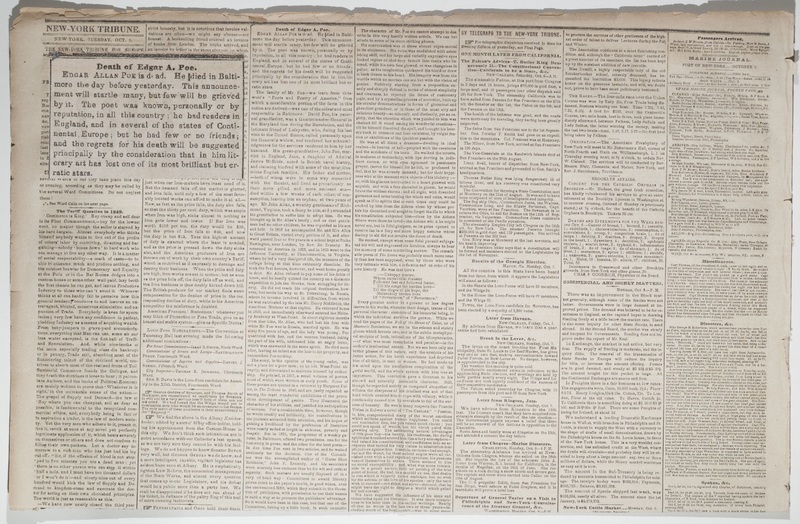 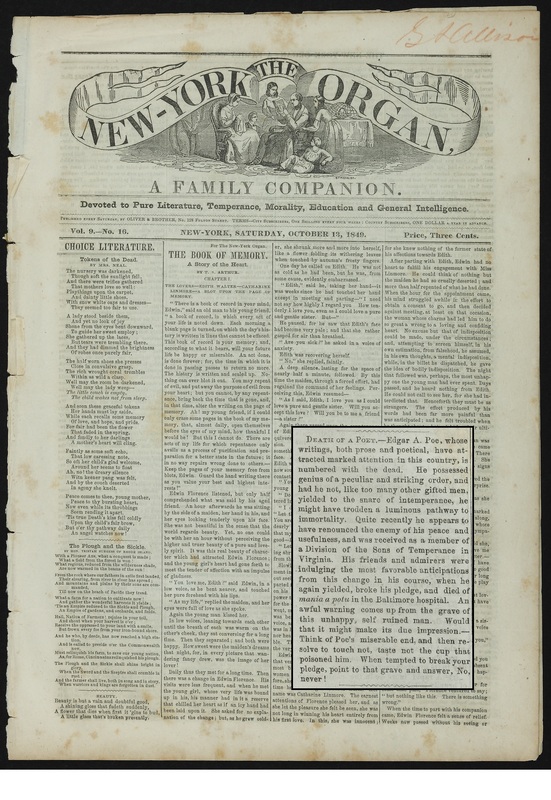 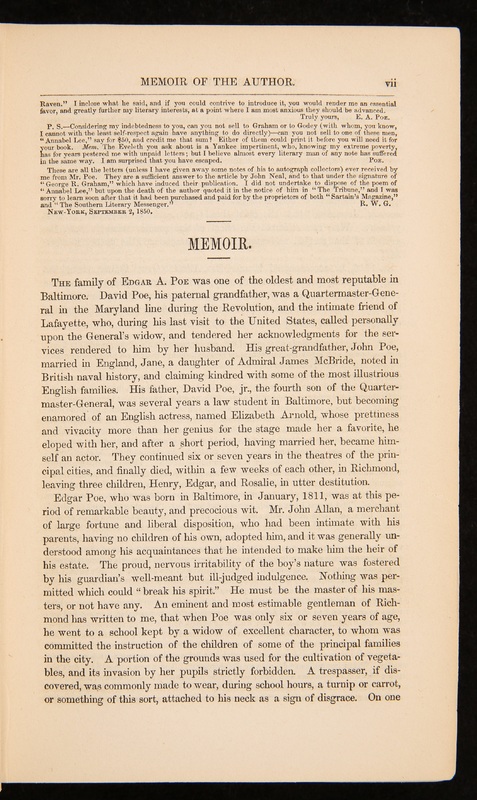 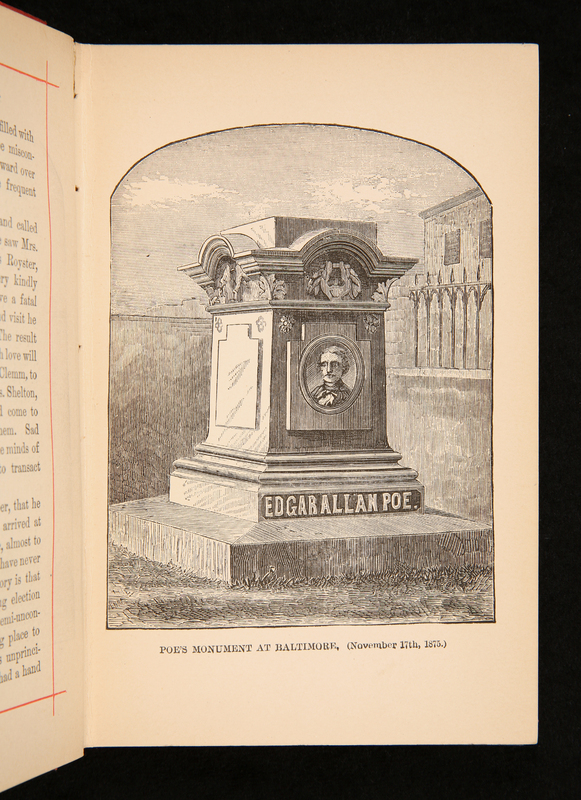 The facts surrounding Poe’s death are shrouded in mystery. What we know is that he was found lying on a street in Baltimore, incoherent and dressed in someone else’s clothing. He was admitted to the Washington College Hospital on October 3, 1849, and he died on October 7, after reportedly repeating the still enigmatic name “Reynolds.” Speculations about the cause of his death abound. They range from alcohol poisoning to an undiagnosed illness such as tuberculosis or rabies.

Rufus Wilmot Griswold, Poe’s literary adversary, published a scathing obituary in the New-York Daily Tribune claiming that the news of Poe’s death would cause few to grieve. Other obituary writers followed suit; The New-York Organ, a temperance newspaper, focused on Poe's drinking. Griswold expanded his unfavorable biography of Poe in his 1850 edition of Poe’s Works.  For a quarter century, readers of Poe relied heavily on Griswold’s distorted account of Poe’s life and character.

Gradually, the public opinion of Poe improved. In 1875, the citizens of Baltimore erected a monument in his honor in the Westminster Burying Grounds, near his grave.