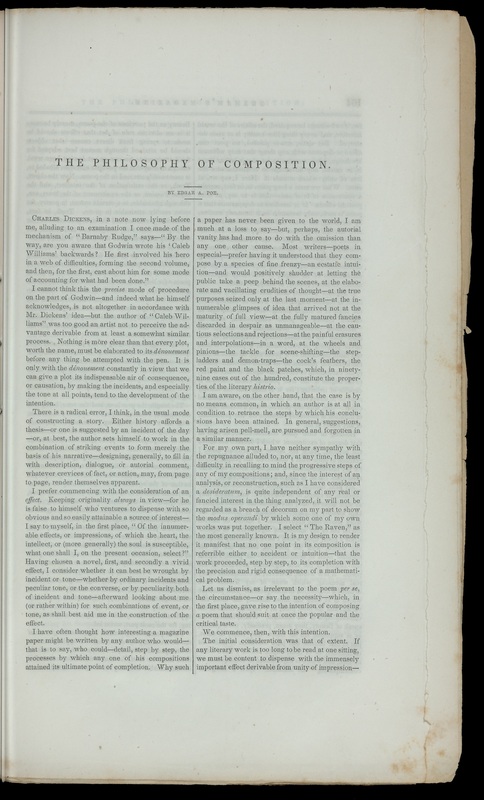 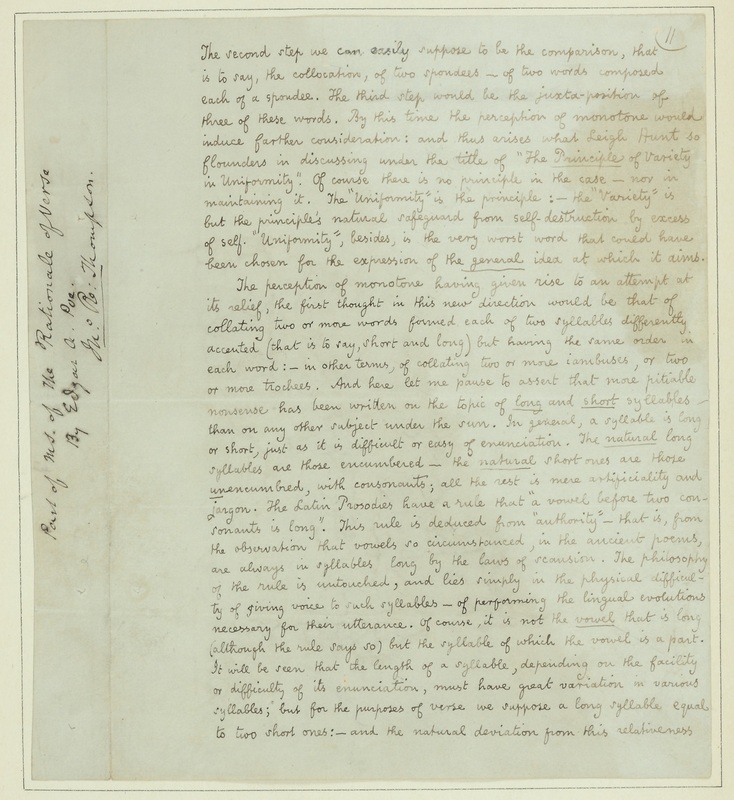 Edgar Allan Poe, manuscript page from "The Rationale of Verse," circa 1848. 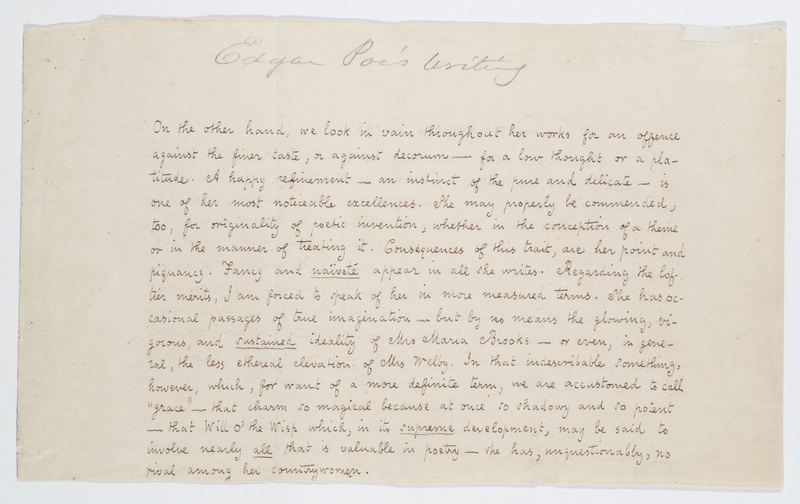 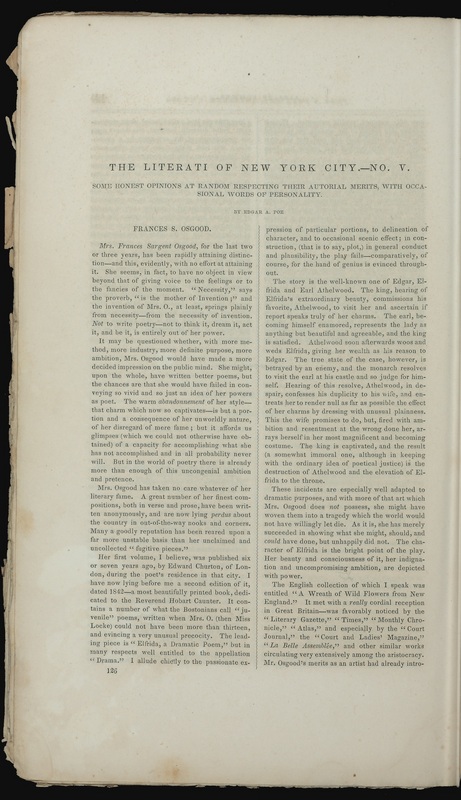 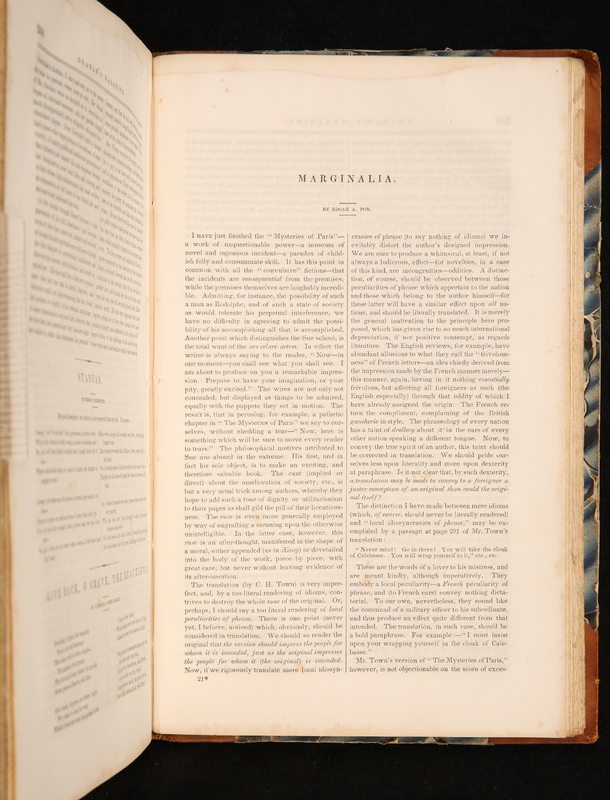 Poe was a perceptive and sometimes harsh editor and critic, as well as a serious theorist of literary form. In “The Philosophy of Composition,” Poe explained, step by step, his process for writing “The Raven.” “The Rationale of Verse” is an extended study of English-language poetry.

In “The Literati of New York City," Poe profiled dozens of his peers—compiling an early “who’s who” of the literary scene. His series “Marginalia,” which ran between 1844 and 1849, is a tribute to the “ample margin[s]” that enable a dialogue of “pencillings” and “jottings” between reader and author.

Poe was convinced that “the whole tendency of the age is Magazine-ward.” He longed to run his own magazine, to be called the Penn Magazine. He published a prospectus hoping to drum up capital and subscribers. But this dream was never realized for lack of capital.