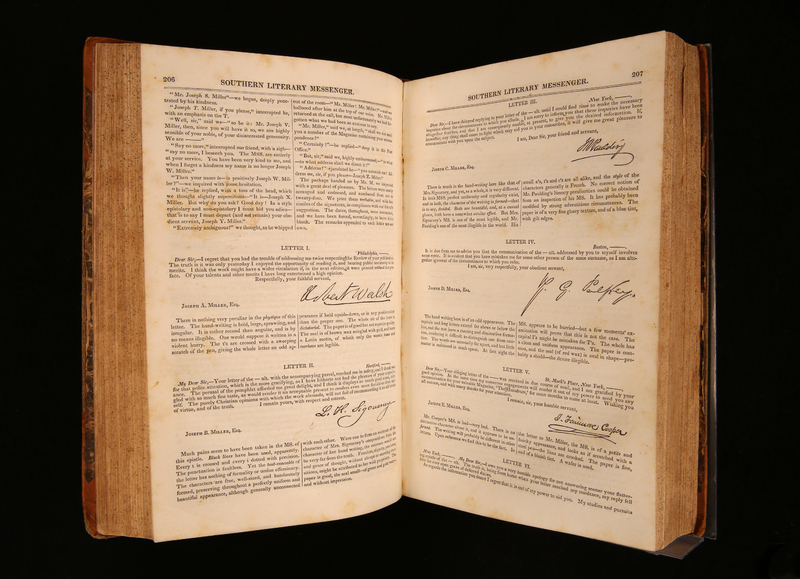 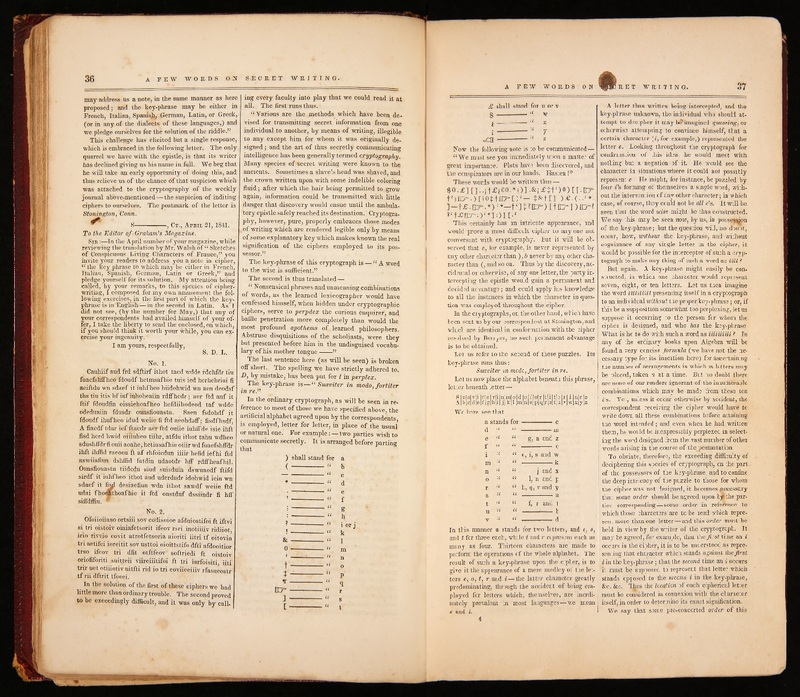 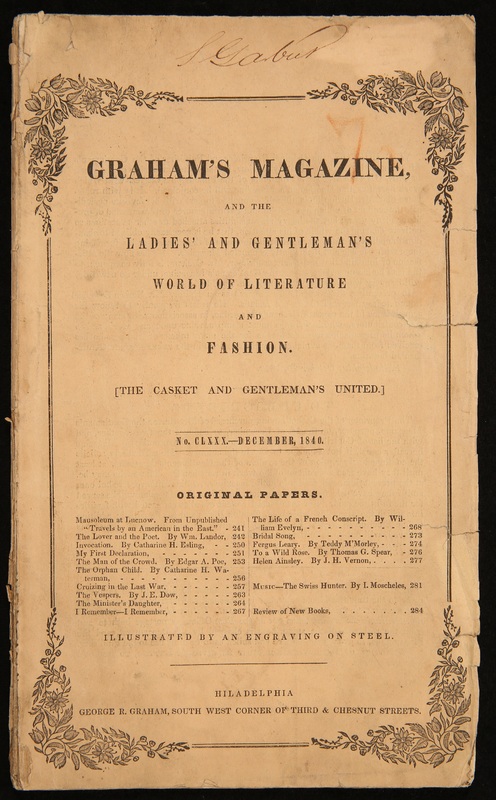 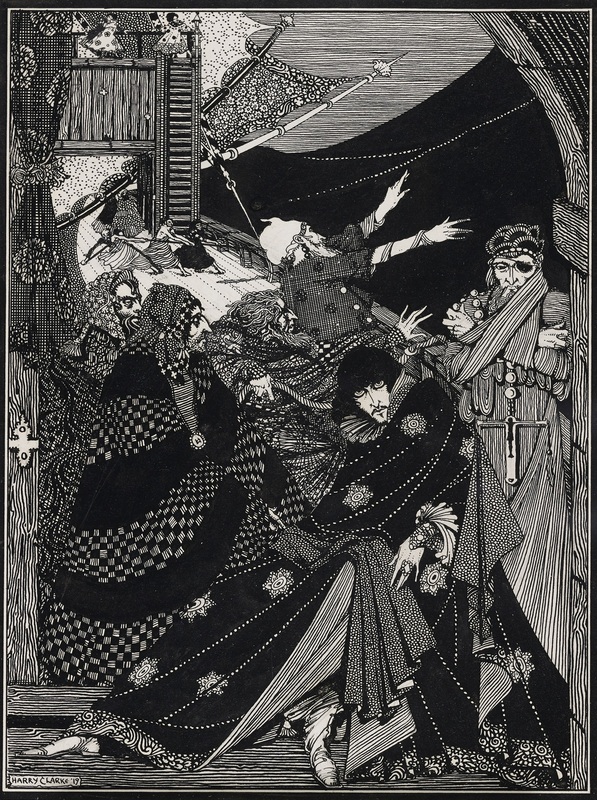 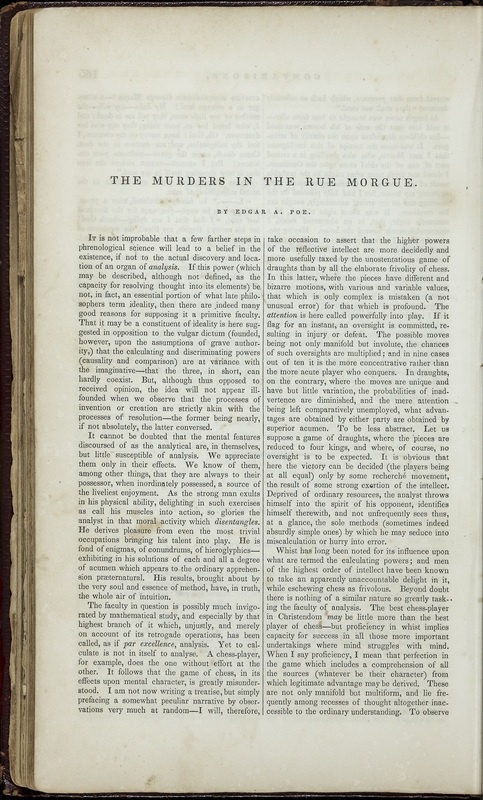 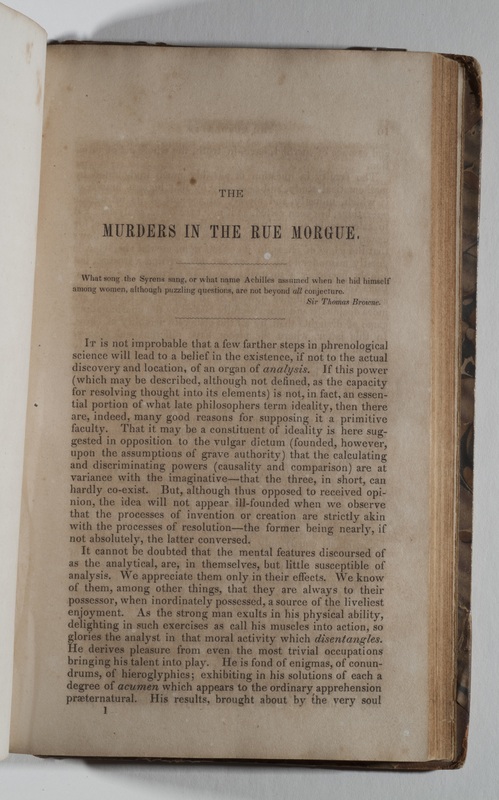 Edgar Allan Poe, "The Murders in the Rue Morgue." The Prose Romances of Edgar A. Poe. Philadelphia: William H. Graham, 1843. 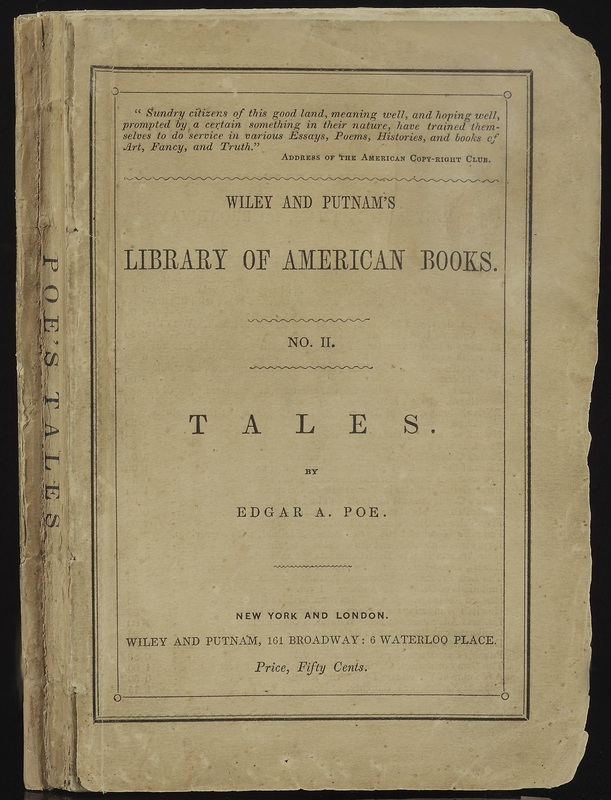 Edgar Allan Poe, Tales. New York: Wiley and Putnam, 1845. Contains all three Dupin stories, "The Murders in the Rue Morgue," "The Mystery of Marie Roget," and "The Purloined Letter." 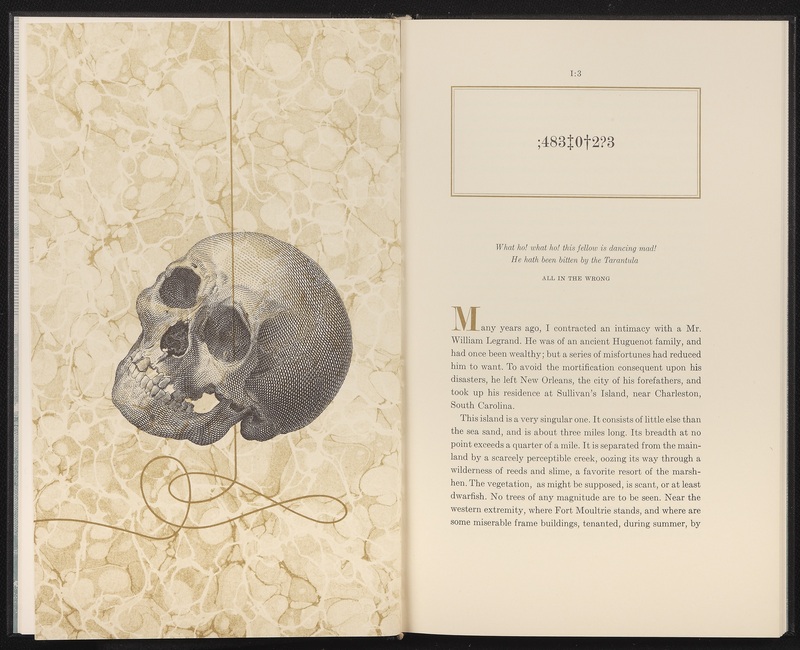 Poe is often credited with “inventing” detective fiction—but what does this mean? These objects offer insight into the genesis of a genre, from Poe’s enthusiasm for codes and riddles to the creation of his detective heroes C. Auguste Dupin and William Legrand, the prototypes for such beloved successors as Sherlock Holmes and Hercule Poirot.

“A Chapter on Autography” and “A Few Words on Secret Writing” are treatises on decipherment, techniques that Poe studied in the years before he wrote his first tale of “ratiocination.” In “MS. Found in a Bottle” and “A Man of the Crowd,” stories about mysterious pursuits, Poe was figuring out how to build a plot around a modern quest.

“The Murders in the Rue Morgue,” the first of the trio of tales focused on Poe’s iconic “analyst” Dupin, was followed by “The Mystery of Marie Roget,” a true-crime story, and “The Purloined Letter,” about a royal intrigue. In 1843, he won $100 for “The Gold-Bug,” a tale about a treasure hunt that incorporated cryptographic clues—probably the most money Poe ever made from a single work.