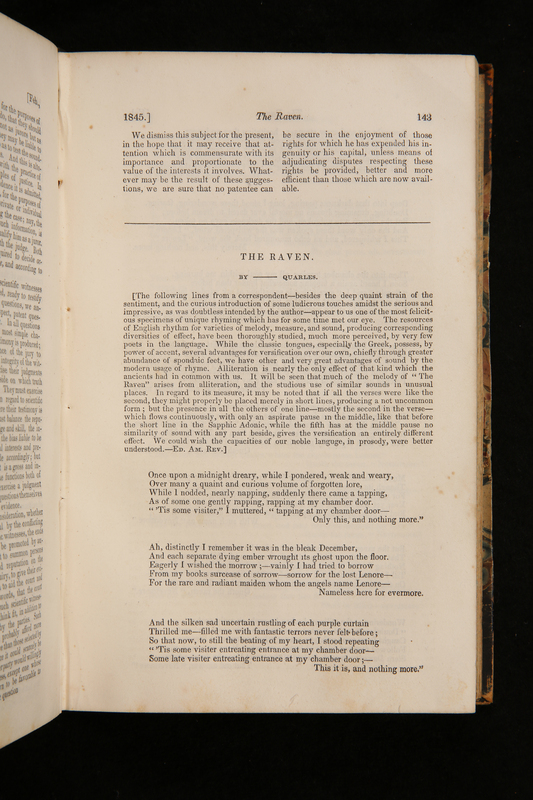 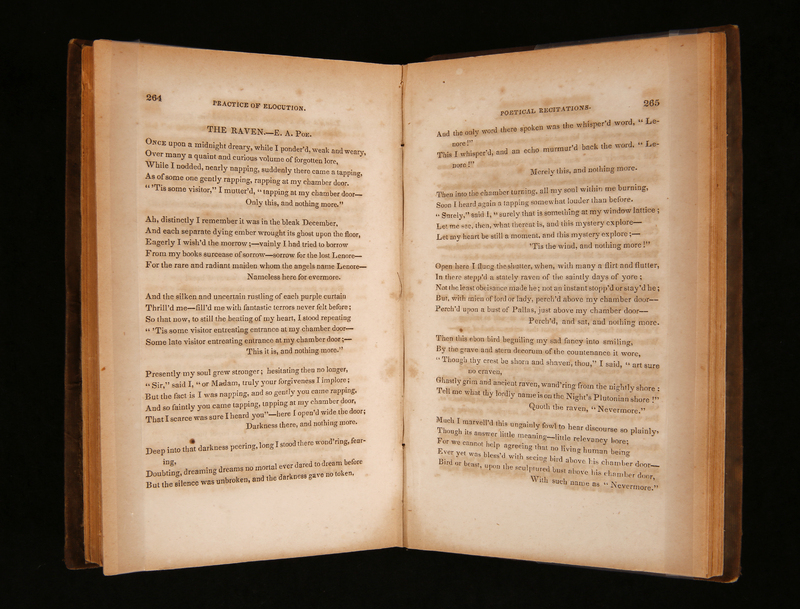 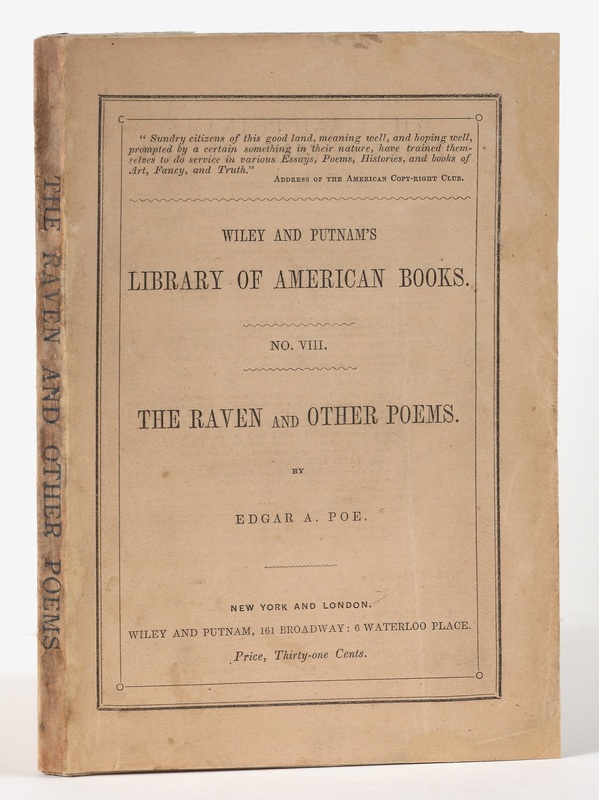 Edgar Allan Poe, The Raven and Other Poems. New York: Wiley and Putnam, 1845. 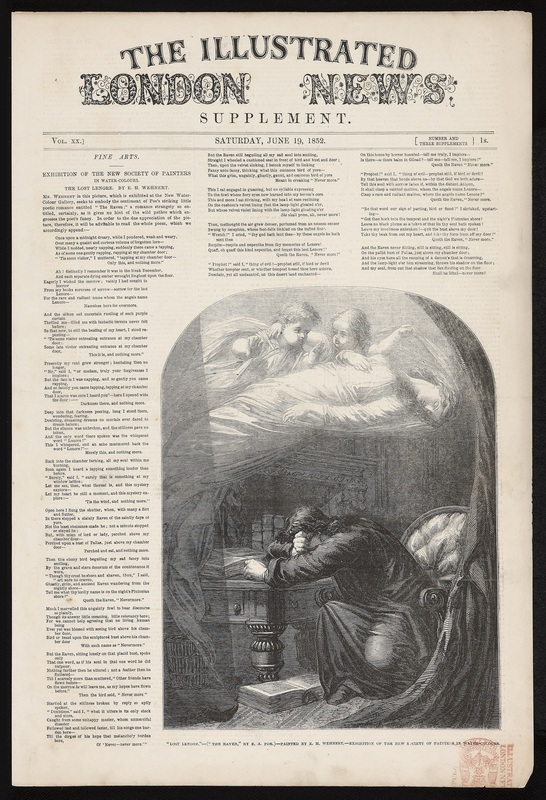 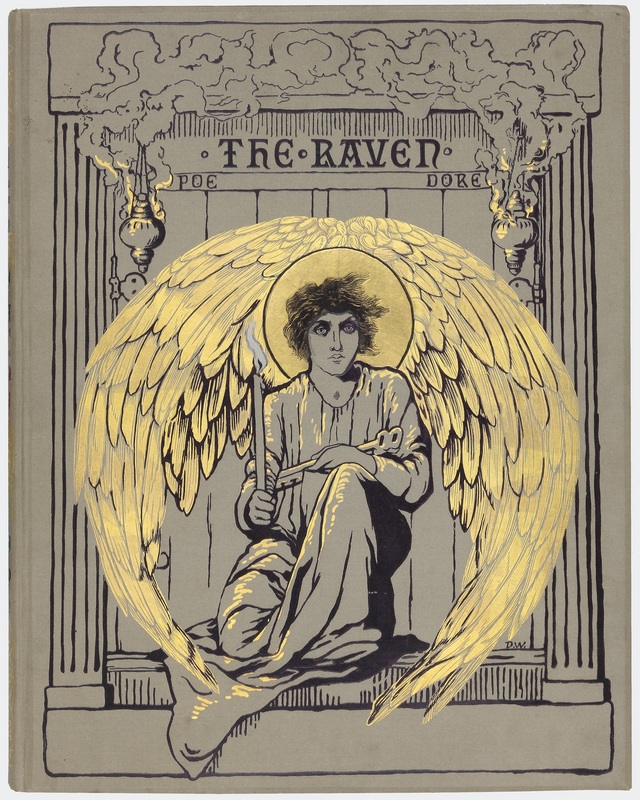 "Nevermore,” the famed raven’s refrain, is now permanently associated with Edgar Allan Poe. “The Raven” is about the “undying remembrance” of the poem’s narrator for his “lost Lenore.” But “undying remembrance” could just as well refer to the poem’s effect on its readers, for whom grim images of the ebony bird’s “shadow on the floor” have become unforgettable.

The poem first appeared in the February 1845 issue of The American Review under the pseudonym Quarles—and was so popular that it was reprinted in dozens of American newspapers and magazines throughout 1845 and 1846. It was even included in a textbook, A Plain System of Elocution, as an example of poetic diction. Because copyright was rarely enforced in this period, Poe earned nothing from these numerous reprintings. Nevertheless, the many publications, illustrations, parodies, and imitations of “The Raven”—a few of which are shown here—are a testament to its enduring allure.