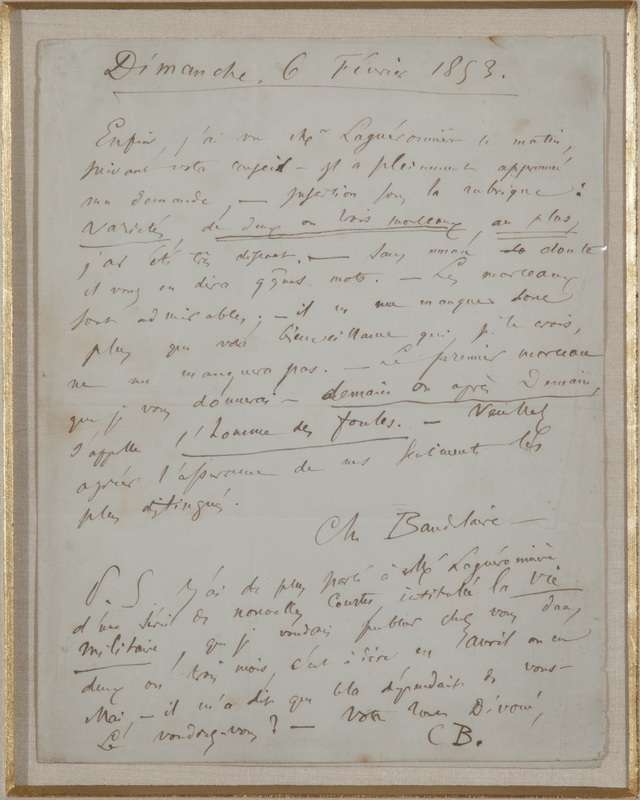 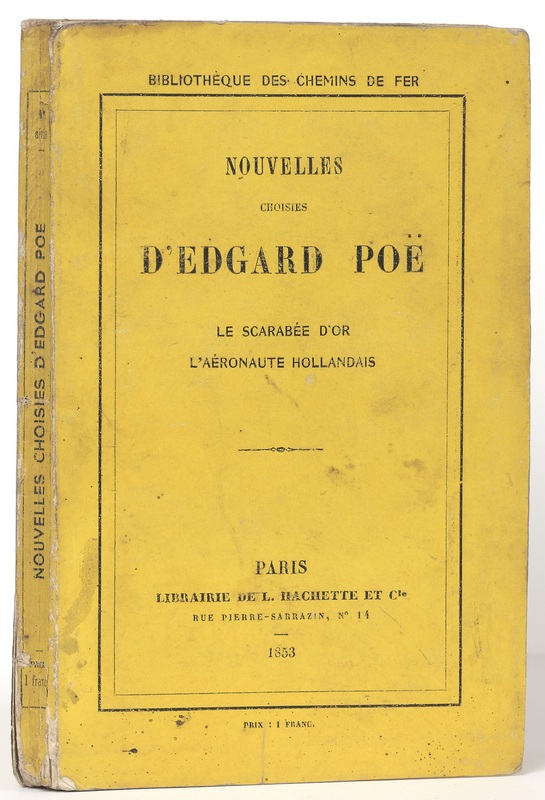 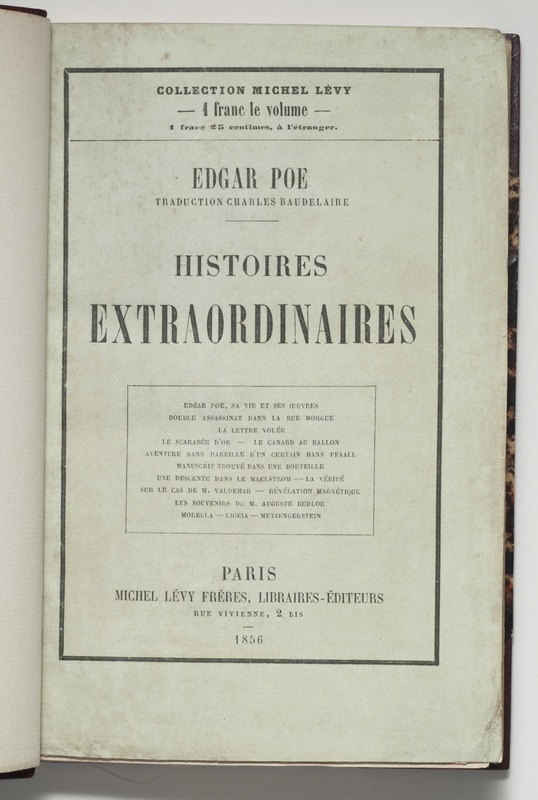 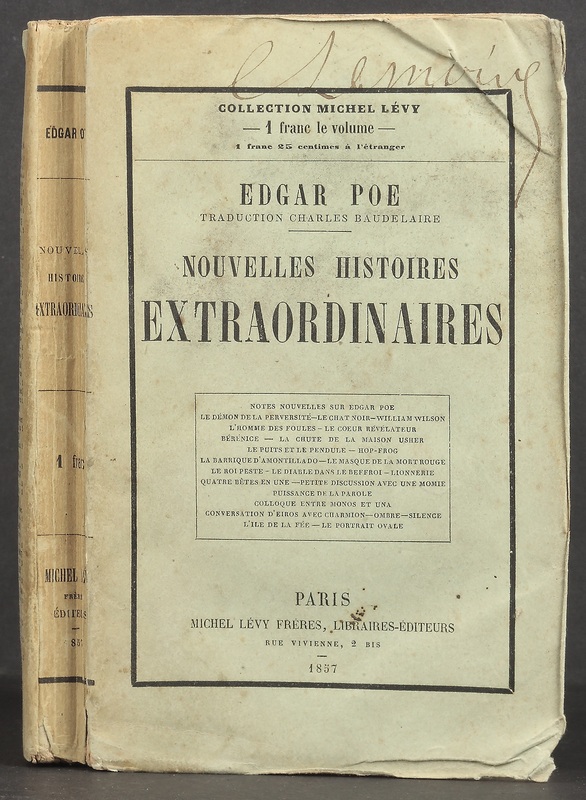 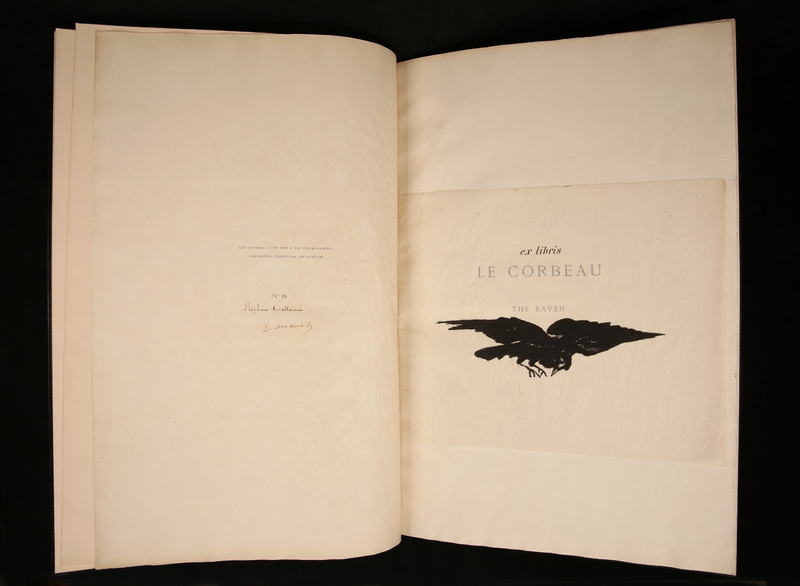 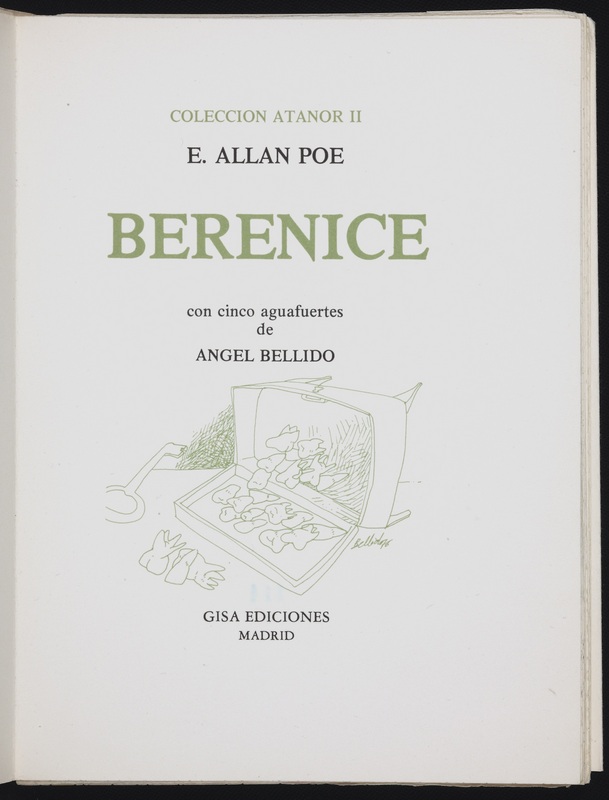 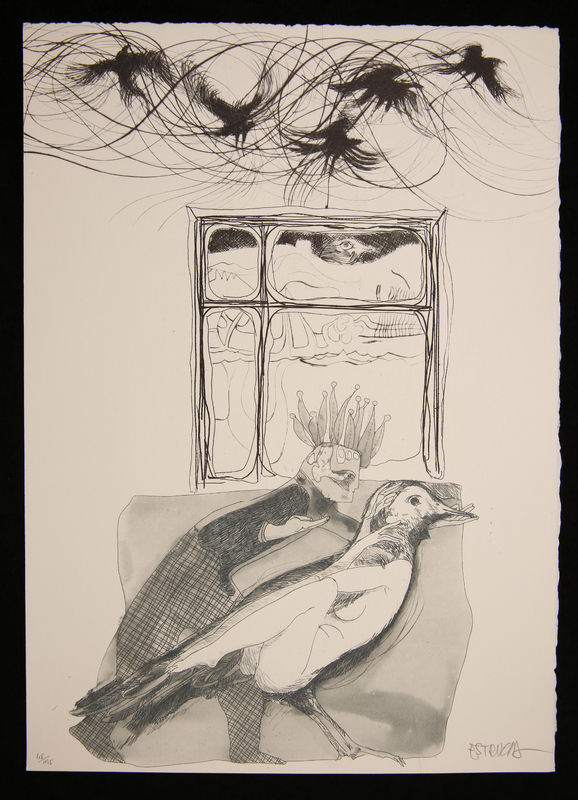 Poe’s reputation was reformed partly through translation. During the years that he was viewed with disfavor in the United States, Poe gained readers overseas—thanks in particular to the French poet Charles Baudelaire. Baudelaire’s translated volumes of Poe’s tales, such as Histoires Extraordinaires and Nouvelles Histoires Extraordinaires, were themselves translated into other languages, and also influenced the emergence of the detective story in France. The French poet Stéphane Mallarmé is another widely recognized translator of Poe. In 1875, Mallarmé’s translation of Poe’s “The Raven” (“Le Corbeau”) was published along with a drawing of the ebony bird by Edoaurd Manet, the Impressionist painter.

Since their inaugural transatlantic movement, Poe’s tales, poems, and essays have continued to cross borders, inspiring interpretations and new works by authors, painters, and musicians around the world. The Spanish-language fine press books illustrated by Angel Bellido and Oscar Estruga are beautiful examples of artistic collaborations kindled by Poe’s work.