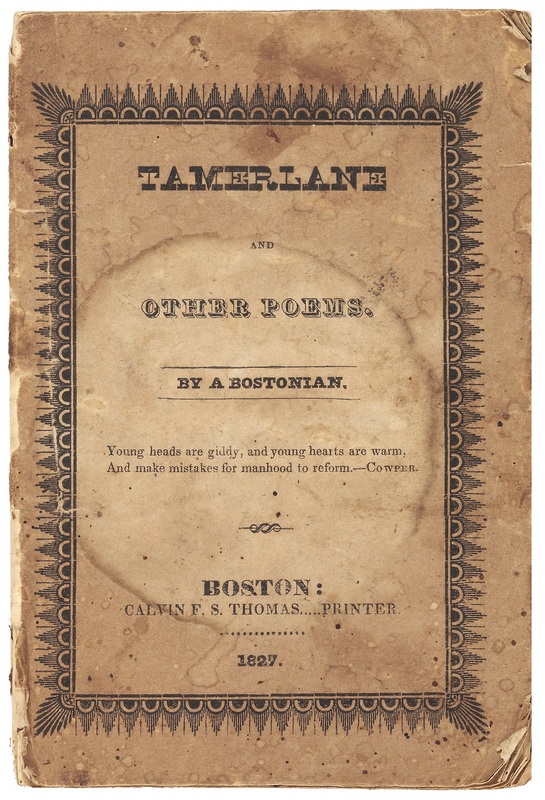 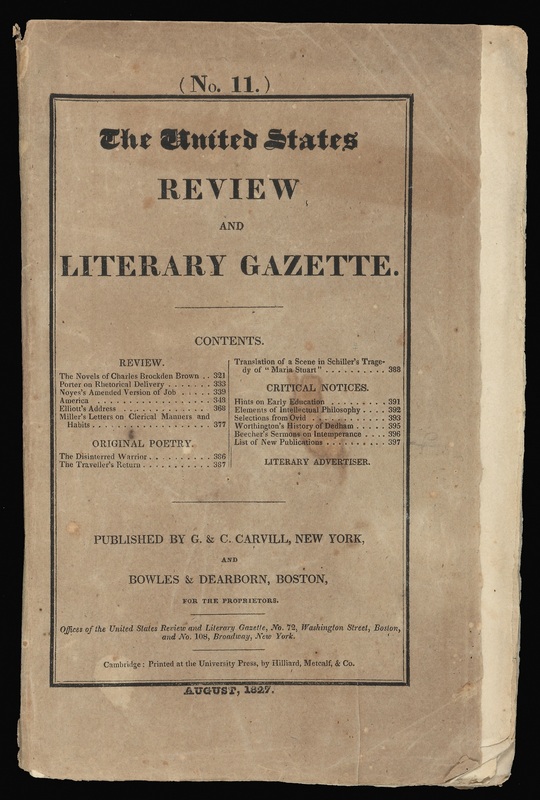 The United States Review & Literary Gazette, August 1827. Contains a notice of the publication of Tamerlane. 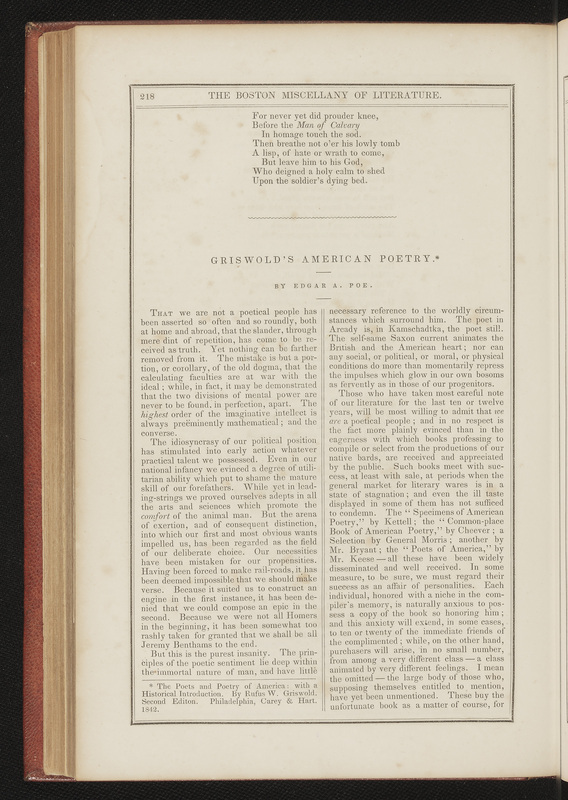 Poe’s parents, David and Eliza, were actors based in Boston when Edgar was born in 1809. David abandoned the family and Eliza died on tour in Richmond in 1811. Poe was separated from his brother and sister when he was taken in by the Allans, who raised and educated him but never adopted him.

Poe left Richmond for Boston in 1827, where he published his first work, Tamerlane and Other Poems. Only twelve copies of this publication are known to exist. The germinal publication, although it was listed in The United States Review & Literary Gazette, received no critical attention whatsoever.

After a sojourn in the U.S. Army and several years in Baltimore, Poe returned to Richmond to work as an assitant editor for the Southern Literary Messenger, where he also published poems, tales, and reviews. When he was fired for drinking, Poe left this fragment of the poem “Spiritual Song” in his desk, where it lay undiscovered until 1908.

Boston and Richmond were important to Poe even after he moved away. In 1842, he published a lukewarm review of Rufus Griswold’s poetry anthology The Poets and Poetry of America in The Boston Miscellany of Literature and Fashion, making a literary enemy with long-lasting influence. Shortly before his death, Poe travelled to Richmond to give a series of public lectures. While there, he proposed to the woman who had been his teenage sweetheart, Elmira Royster Shelton, with this engraved engagement ring.